Roman street food? Perhaps. We’ve been experimenting with a reconstruction of an unusual oven found during The Hive excavation to see how and what the people of Worcester ate in Roman times.

Before The Hive was built, an extensive excavation took place. Fragments from a number of unusual prefabricated Roman ovens were found, one with the base still in position showing how they were set up, and another providing enough evidence to reconstruct their shape. From examples found elsewhere, for example at the Chester amphitheatre, they seem to have been used to provide street food to passing crowds. But we are not sure how the various different types of ovens were used. This project,  funded by the Roman Research Trust, aims to increase our understanding of how Roman prefabricated ovens were made and used, as well as celebrating the contribution of King’s School classics teacher, Anthony Cubberley, to the study of Roman ovens. 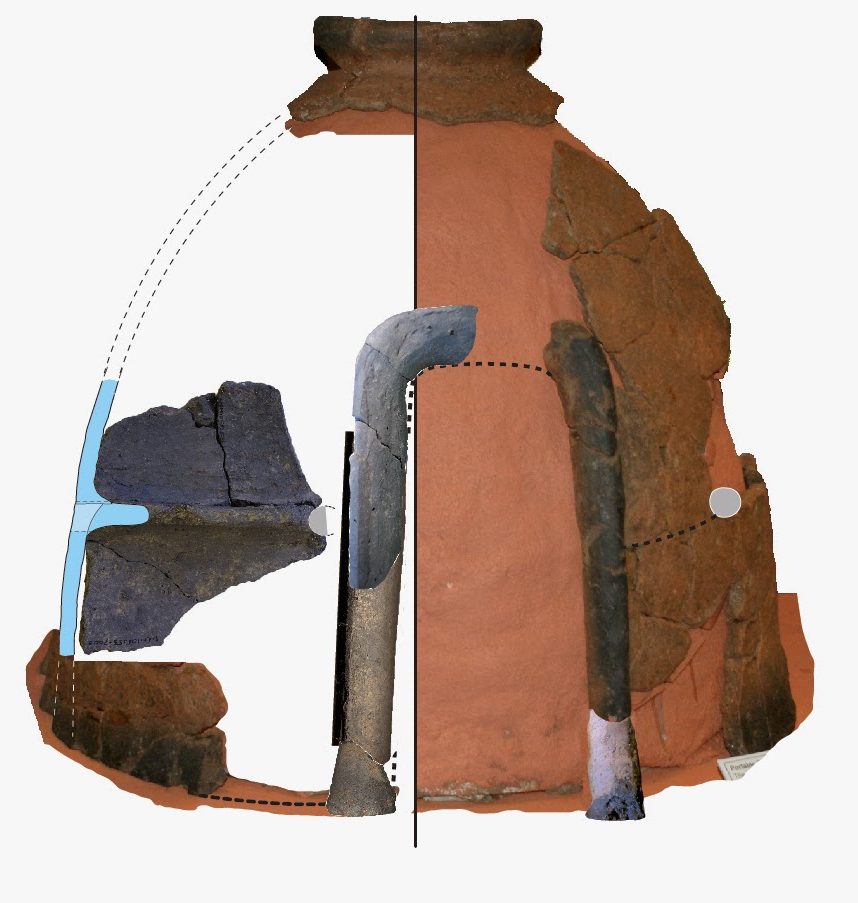 Fragments of Roman oven found at The Hive

Professional potter Graham Taylor reconstructed the oven and baking plates found at The Hive, as well has helping us to run a Roman food and pottery workshop for schools. You can see a time lapse video of Graham making them below:

Roman food expert, Sally Grainger, then cooked in the reconstruction oven during an experimental session at King’s School fete on the 7th May. The photo below shows the oven set up and in use. In order to retain heat, the oven was covered in soil and turf then covered in clay. As the original oven found at The Hive had a floor of broken pottery covered in clay, we set Graham’s reconstruction on a layer of bricks.

Reconstruction oven, with baking plate behind, before and after before covered

So, what did we find? The tall narrow door made it possible to insert a round metal grill, which could be rested on the internal shelf with charcoal below. The oven was initially heated using wood, but this was later replaced by charcoal to provide more heat. Chicken, coated using a Roman recipe (fish sauce, lovage and ground coriander) cooked well on the metal grill with the oven door and ‘chimney’ above blocked.

The oven door and chimney could be opened and covered as needed, to allow smoke to escape when heating up or to retain heat when in use. Cooked dishes could be kept simmering on top of the chimney, but it was too far from the fire to actually cook anything from scratch. 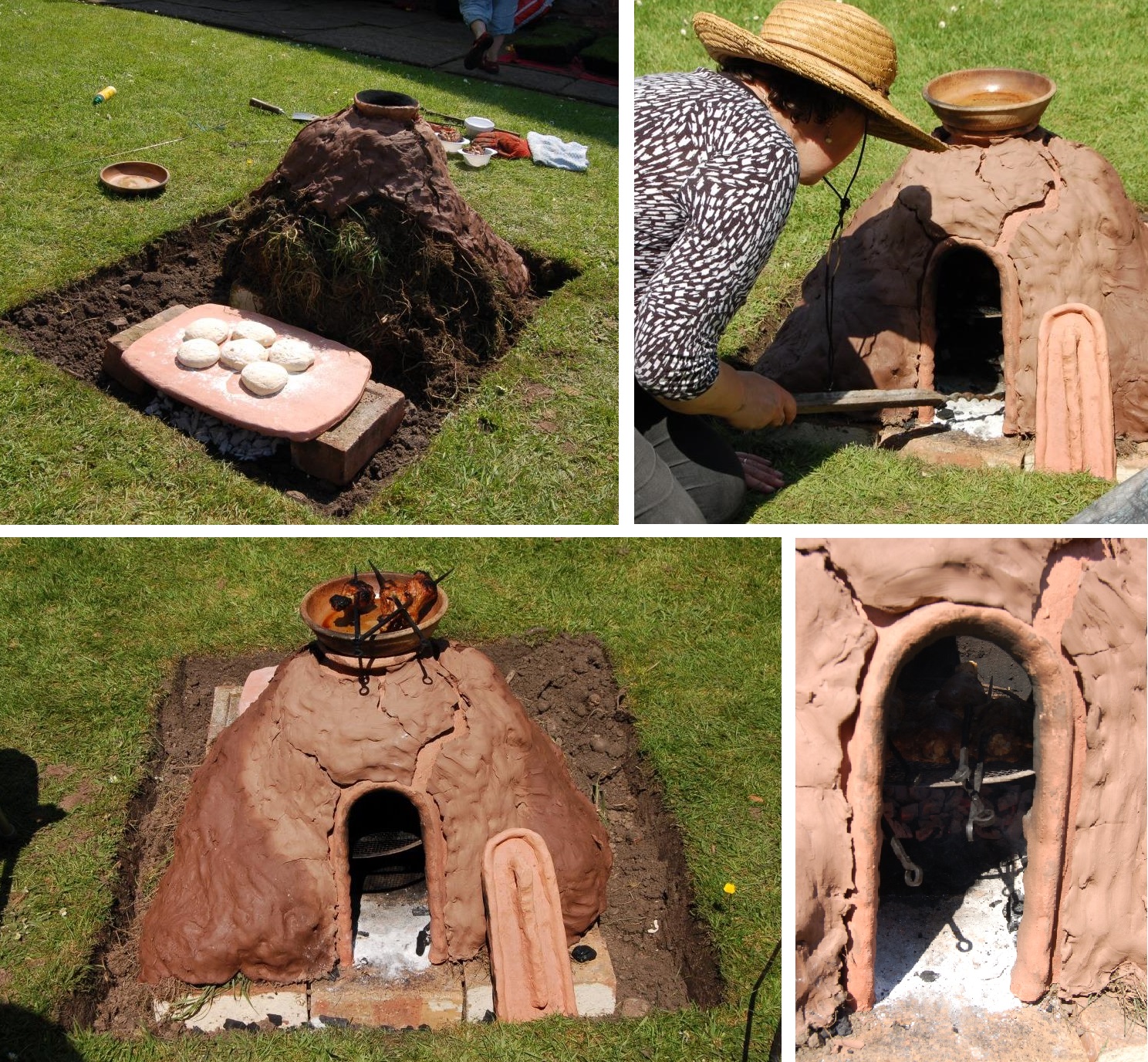 Sally also cooked sourdough buns on a baking plate set over charcoal, which worked really well. Baking bread straight on the oven floor was then tried too, by moving charcoal to the sides and back of the oven. More experimentation is needed though to get the temperature right for this – the bread rose very impressively and got a lovely crust, but was still doughy inside when the crust started charring.

Kebabs cooked on metal skewers and bread rolls may well have been on the menu in Roman Worcester. As well as being great fun, we’ve learnt a lot about how these unusual ovens were made and used – our thinking caps are now on. Thank you to everyone who visited the oven at King’s School fete!

The reconstructed oven will soon be on display in The Hive, so keep your eyes out. Remember too that our Learning & Outreach Team can run Roman workshops both in schools and here at The Hive (for more details, contact 01905 766352 or explorethepast@worcestershire.gov.uk).