Uncovering the Battle of Worcester

On the 3rd September 1651 the last battle of the Civil War raged in Worcester. Over 360 years later, ammunition, fixtures and fittings are coming to light from that fatal clashing of armies and beliefs. But how do you find the ephemeral archaeology of a battlefield, events of a single day in history?

This is the question we asked ourselves when work was proposed close to Powick – to widen the A4440 Southern Link Road – where the shot-damaged church walls testify to the intense fighting in this area. Careful planning is now paying off, as over 35 musket, carbine and pistol balls, as well as powder charge caps, military equipment, horse shoes, harness fittings, coins and buckles have recently been unearthed. The key here is the Teme and Severn rivers, for both their pivotal role during the battle and aid in discovering the buried Civil War layers. 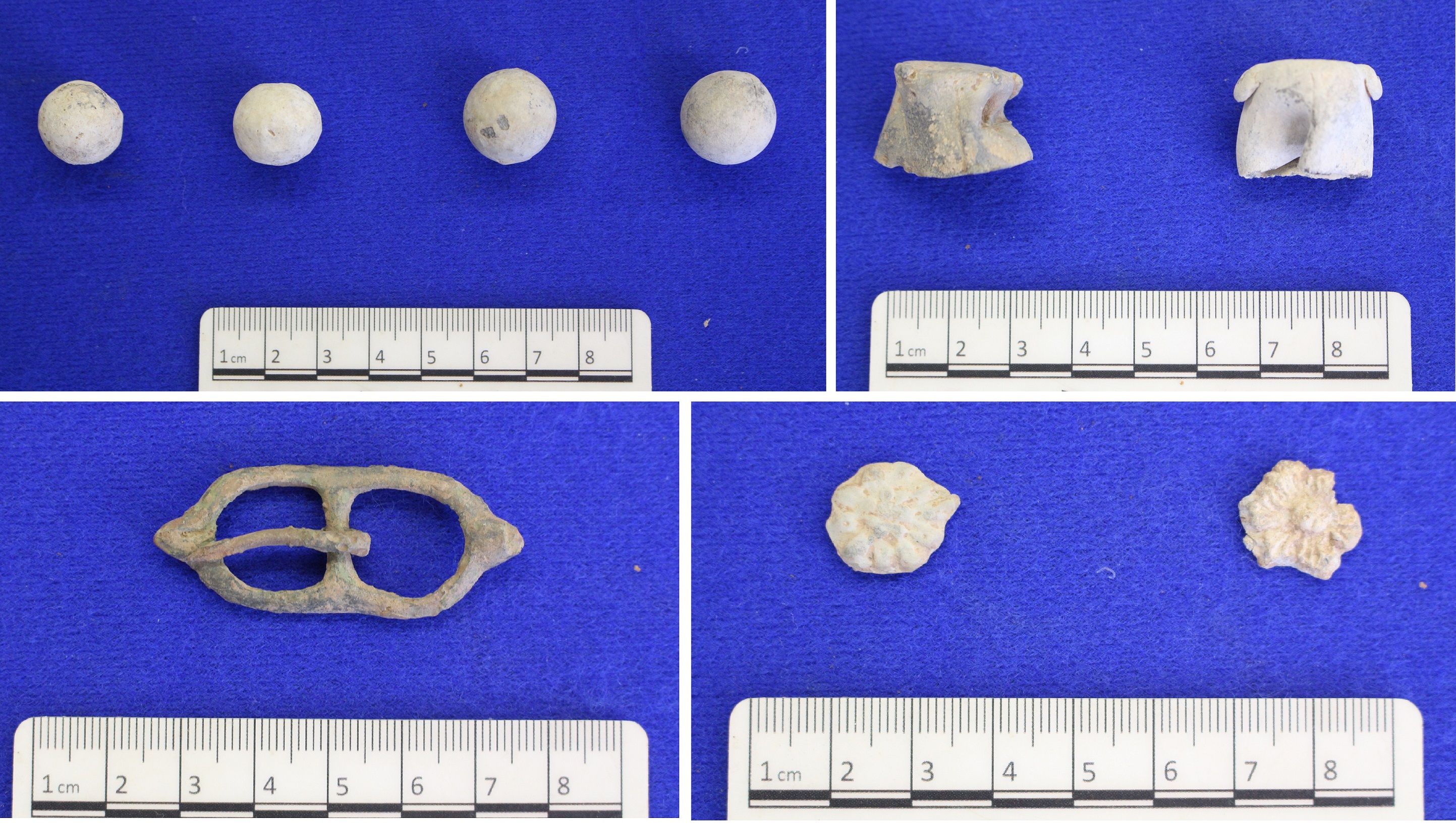 In August 1651, Charles’ Royalist army arrived in Worcester to enlist new recruits. Hot on their heels was Cromwell, whose significantly larger army was hampered by the destruction of local bridges. A mile or so south of Worcester lies the junction of the Teme and Severn, along with Powick Bridge. Historical accounts record that the Parliamentarians brought boats up the Severn to form a floating pontoon bridge and that fierce fighting occurred around Powick, as Cromwell’s men pushed the Royalists back towards Worcester.

Significant parts of the decisive battle, from which Cromwell emerged victorious and Charles fled, took place on the floodplain. Over the years, the battlefield has gradually become buried underneath layers of water laid deposits, known as alluvium. If only we knew how deep the Civil War battle ground was…

Science to the rescue: a technique called optically stimulated luminescence (OSL) makes it possible to calculate when tiny quartz grains within the alluvium were last exposed to sunlight before being buried (the longer away from light, the more electrons become trapped in the mineral’s structure). OSL dating has many interesting uses, but this is the first time it’s been used to locate a specific horizon on an English battlefield. Seven samples were taken from different depths within the unploughed alluvium, which show the Civil War deposits lie deeper than the normal reach of metal detectors. 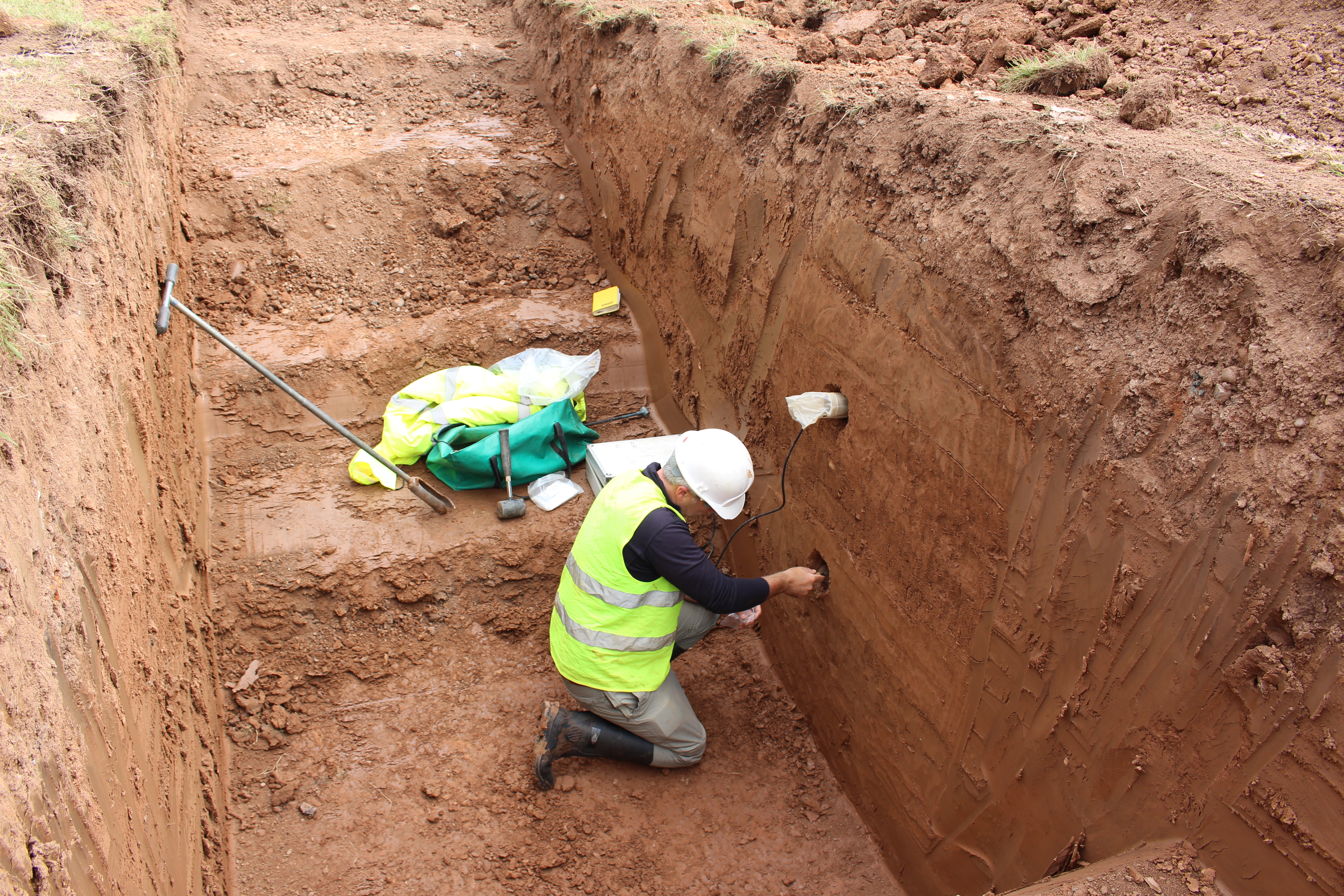 Now we know where to look, investigations can concentrate on metal detecting the pinpointed level as it becomes exposed during construction work. Previous items from the battlefield haven’t been securely located, so this is a rare and valuable opportunity to carefully map and record the physical evidence of such a significant event.

The finds do not disappoint. Clusters of lead shot are starting to appear around pinch points – field boundaries and drainage ditches – with the frequency increasing towards Powick Bridge and church. Not all fired shot shows signs of being used and some were probably lost unspent, but a concentration of distorted carbine and pistol shot around an old field boundary east of the church points to fighting on that spot by cavalry (as infantry used muskets). This is tangible evidence of so called ‘hedge to hedge’ warfare that historical accounts stress took place around Powick.

Intriguingly, the cluster closer to Powick Bridge is mostly musket balls, implying infantry. By a quirk of fate, the first skirmish of the Civil War also took place around Powick Bridge in 1642. However, records recall the earlier cavalry fight as taking place north of the bridge, so evidence of infantry south of the river is more likely to come from the later Battle of Worcester. 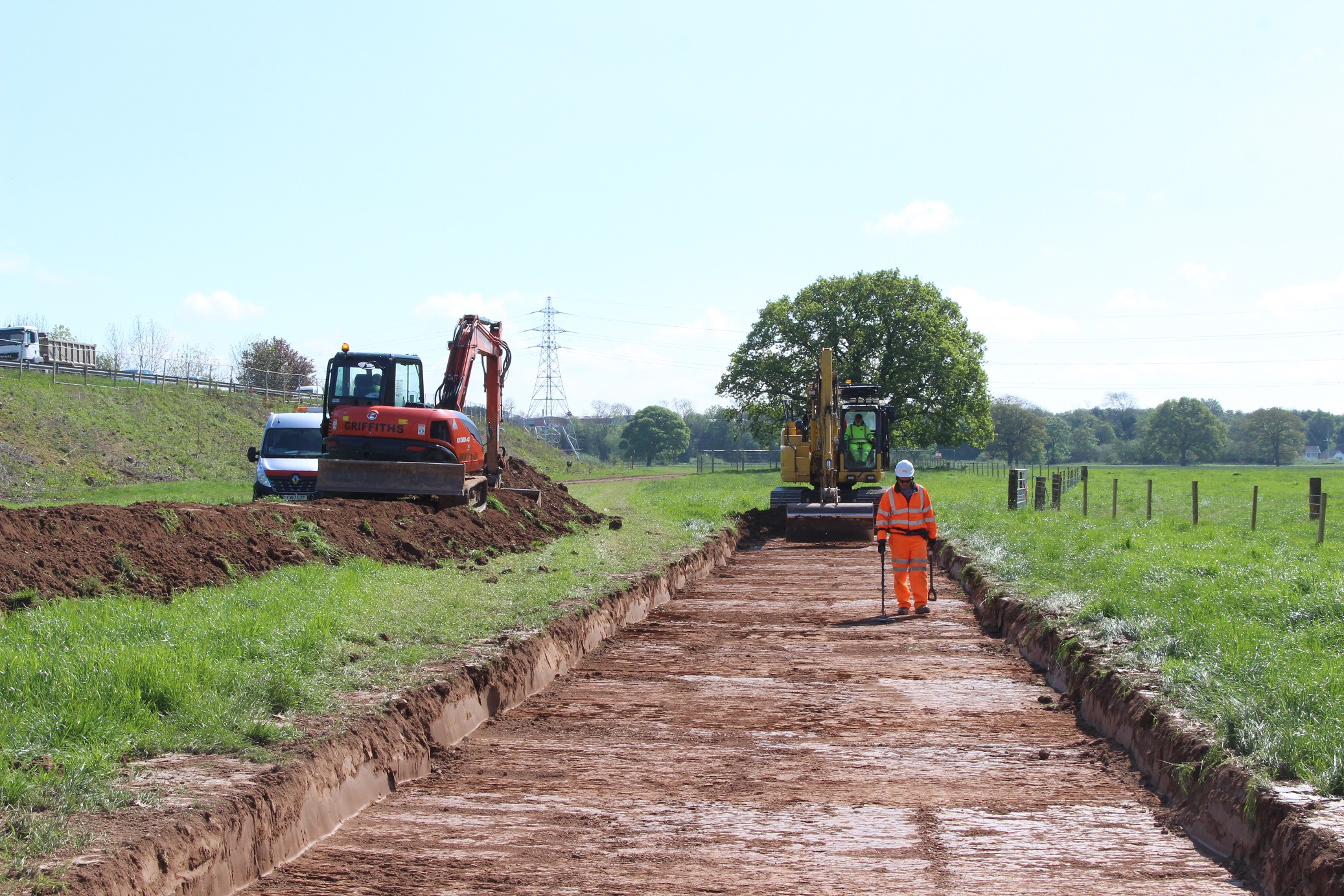 Alongside shot, numerous other 17th century artefacts have been found – powder charge caps (from the wooden flasks that held individual measures of gunpowder), horse shoes, coins, a possible trigger guard, sword hilt and a buckle which is similar to those used on spurs. These are a physical connection to and poignant reminders of the men on both sides who fought at great personal cost in support of their beliefs.

Battlefields present an interesting challenge to archaeology, as they tend to leave little trace beyond a widespread scatter of finds. Richard Bradley, one of our Project Officers, had previously proposed a methodology for investigating this battlefield, involving systematically metal detecting large areas at gradually increasing depths. Thanks to the build up of alluvium, which made OSL dating possible, we were able to save time and target a specific depth straight away. It just goes to show that there’s always more information below our feet waiting to be uncovered, as long as we know how to look for it.

Worcestershire Archaeology’s fieldwork has been supported by Alun Griffiths’ construction team. The University of Gloucestershire carried out the OSL dating. The archaeological project is being undertaken for TACP, on behalf of Worcestershire County Council.