Our Find of the Month is a Roman pot with a chequered past, discovered at Ruardean Hill in the Forest of Dean during a recent Foresters’ Forest community excavation.

We were investigating a rectangular earthwork which had been identified using LiDAR. It’s one of 1700 potential archaeological sites being investigated over the 5 year course of the project. A trench dug by Gloucestershire County Council in 2011 uncovered Roman finds, but raised more questions. So we went back to try and find out more. 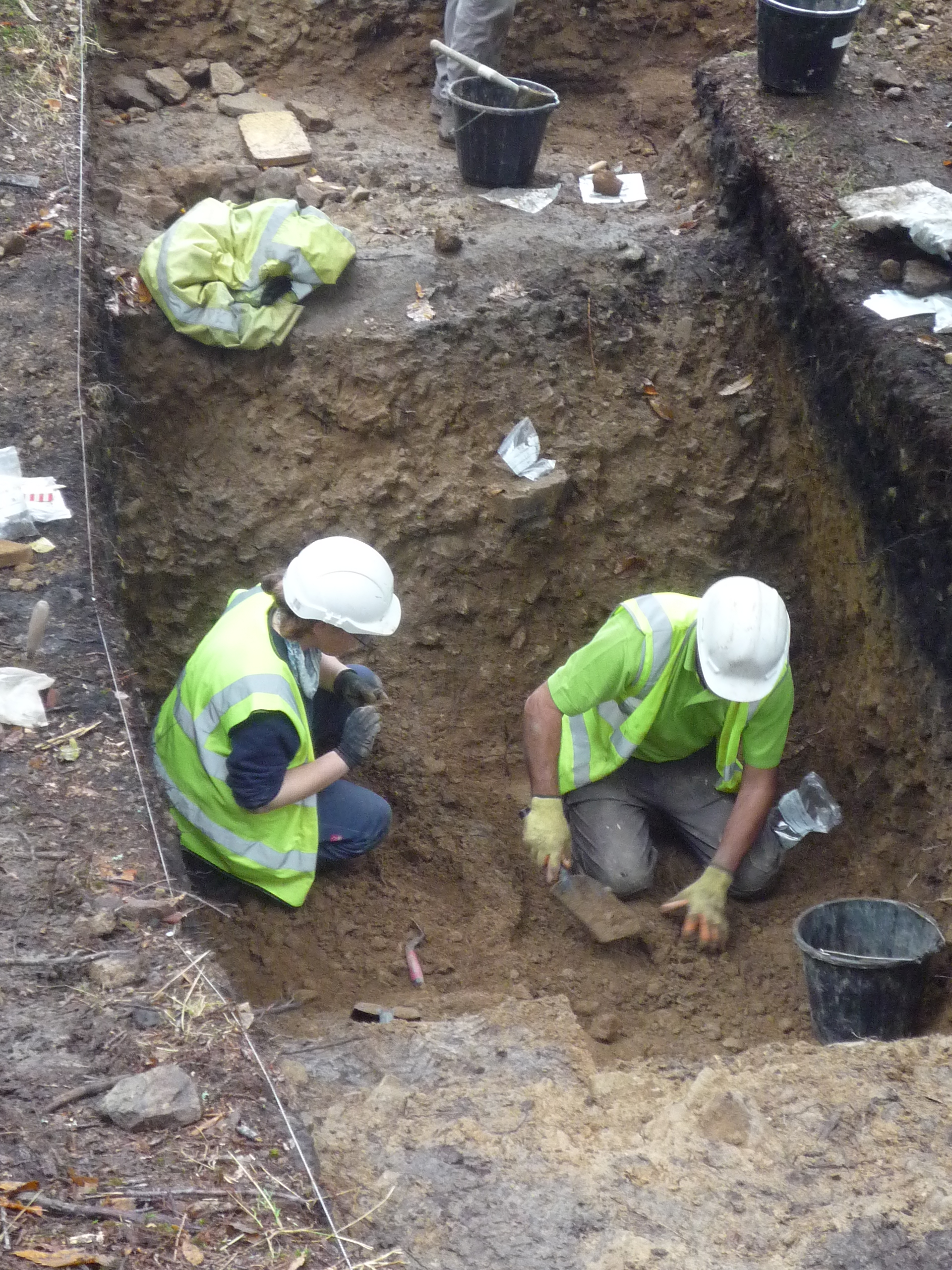 A slot through the ditch that encircled the earthwork yielded Roman pottery. Some was found during the Open Day, when Finds Archaeologist Rob was with us. He was able to provide an expert opinion within minutes. A few pieces in particular caught his eye. 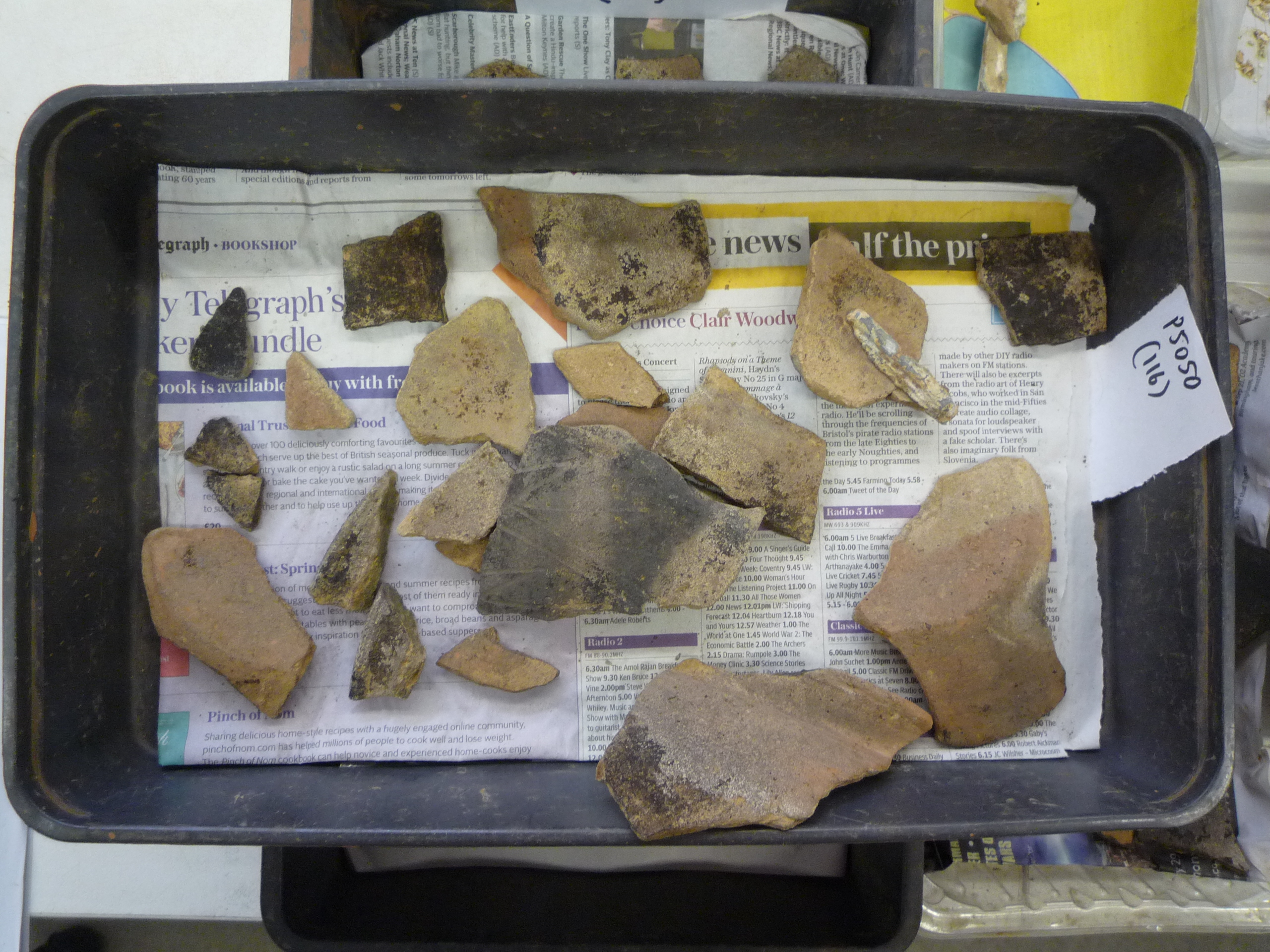 Tray of finds after washing including fragments of the repaired pot

In many ways this pot isn’t that special. Nonetheless, it has been carefully repaired in at least two places, using lead strips and rivets – a fiddly task requiring considerable skill. We have come across this before, including a previous Find of the Month at Offenham, but this time we have a few pieces so can start piecing some of the pot back together.

The pottery is a type known as South-western Black burnished ware, produced in West Dorset or South Somerset. The soil has eaten away much of the original glossy black slip. But enough of the decoration survives to match it to a similar vessel found in Exeter, thought to have been made in the early 2nd century AD. 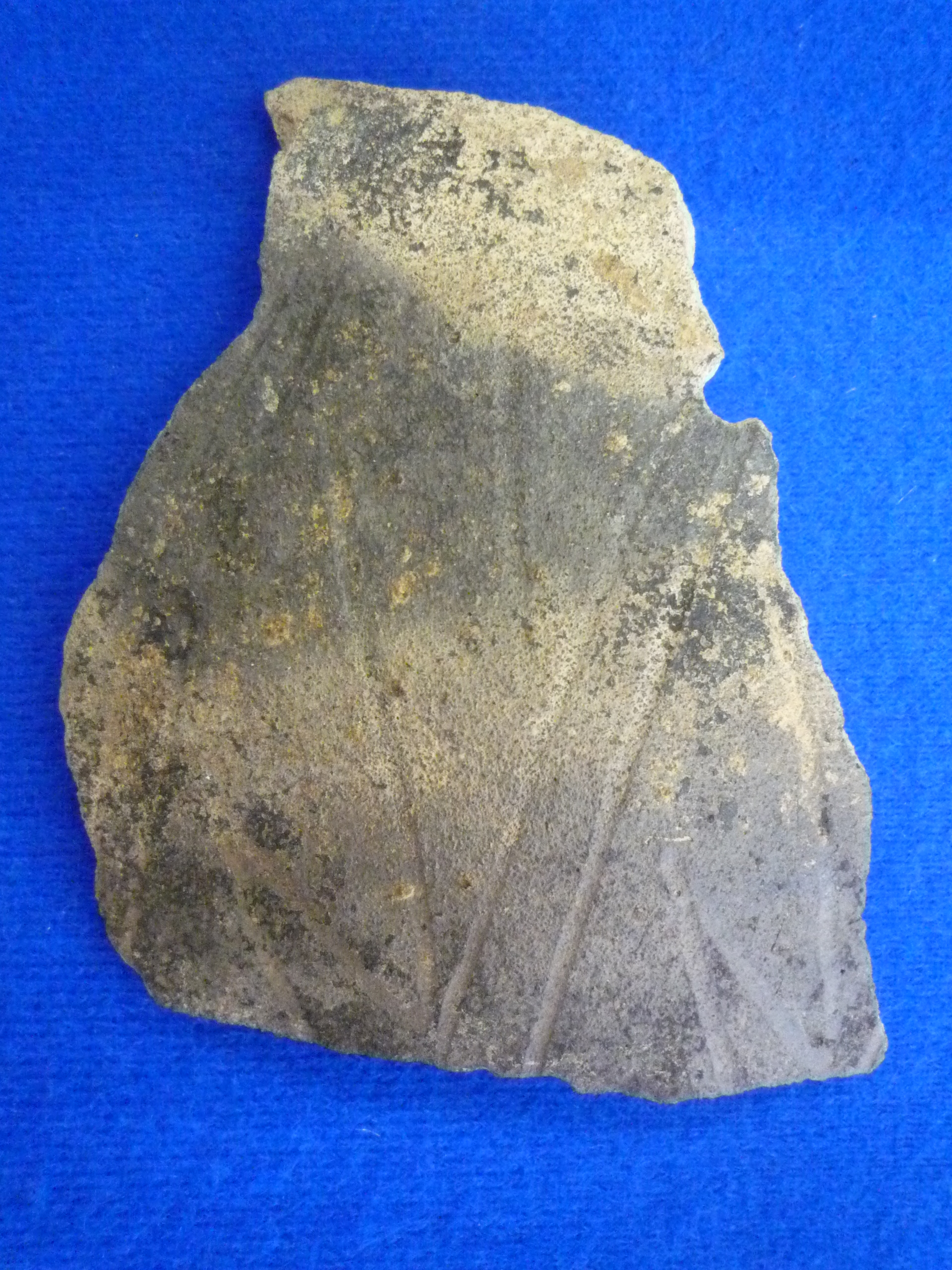 The marking on the pottery visible

Why was it repaired? People sometimes repair pots because they are valuable or precious, but this pottery is fairly ordinary. It is more likely that it was due to limited supply – Ruardean Hill is quite remote. Whoever was living or working up here may not have been able to get new vessels quickly or easily, so when they broke this pot, they decided to mend it. 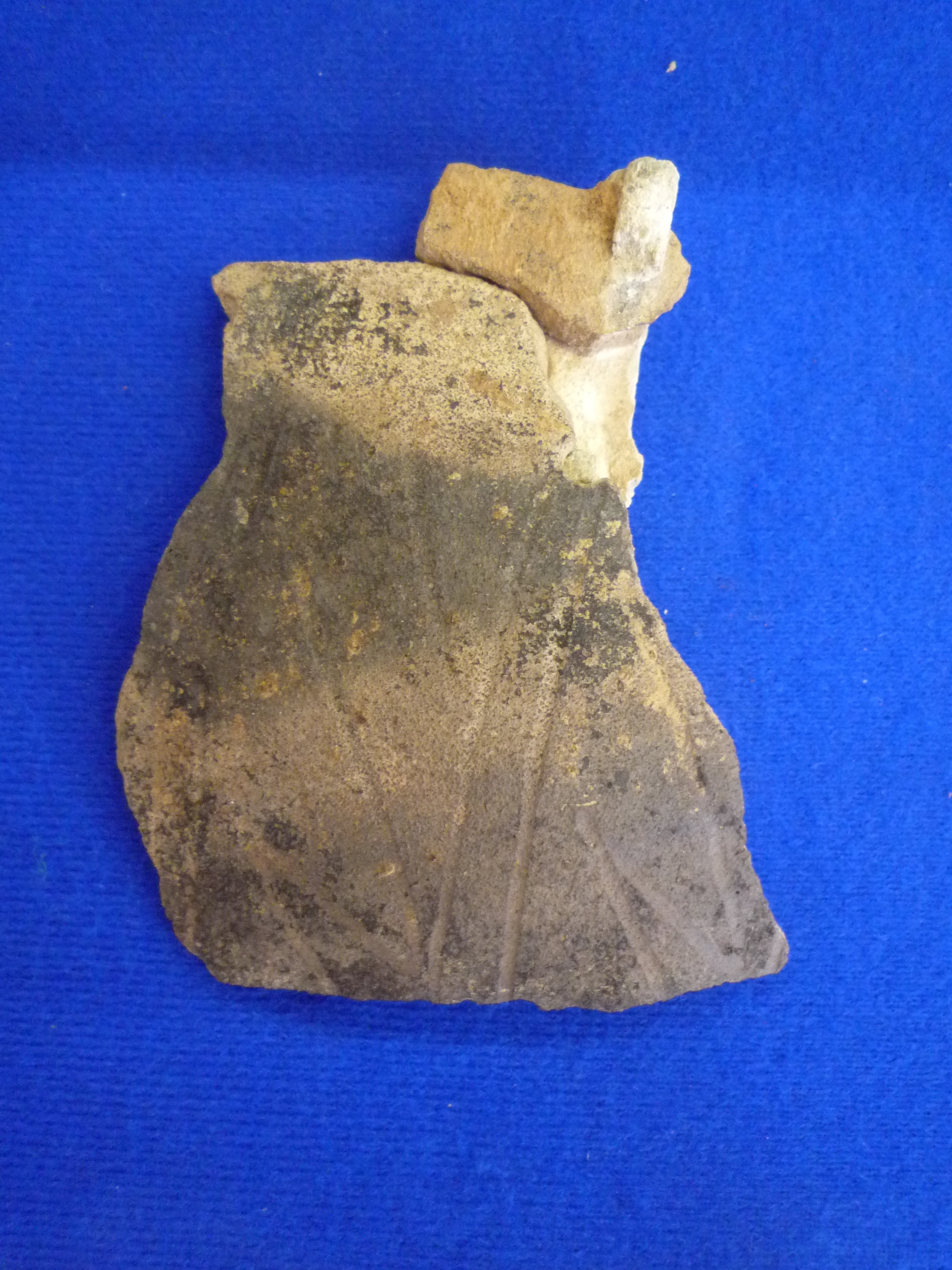 We are currently processing the finds which were dug up during the two-week excavation. Our volunteers are helping wash and mark the finds, and the archaeologists are writing them up for the report.

The Foresters’ Forest project is a National Lottery Heritage Funded landscape partnership project raising awareness and participation in the built, natural and cultural heritage that makes the Forest of Dean special. We are helping the project by training and supervising volunteers who are investigating potential archaeological sites in the Forest, creating educational resources based on the archaeology of the area, and running annual community excavation to enable local people to get involved and have a go at archaeology.

We will be sharing some of the initial results from the Ruardean Hill dig in the next few weeks. In the meantime you can read about last year’s Ruardean Castle dig.