I joined Hereford and Worcester County Council to work for the talented archaeologist, Charles Mundy, on the Deansway urban excavations which were about to commence in central Worcester. I subsequently was to inherit a vibrant and successful service from Adrian Tindall. He, Simon Woodiwiss (the unit manager) and Hilary White (the SMR officer), made a formidable management team, building the organisation’s reputation whilst bringing together experienced project directors and a broad range of specialists. The latter included Victoria Bryant, the current Manager of Worcestershire’s Archive and Archaeology Service.

The unit raised large sums of money for rescue excavations, survey projects and post-excavation – this included project grants from English Heritage, developer-funding and a range of job-creation initiatives. Being part of the Libraries service allowed the unit’s education programme to become a key feature of the organisation’s work – one of Adrian’s many successes – with innovative education initiatives taking not only at our offices at Warndon but on excavation sites and across the county’s many schools. 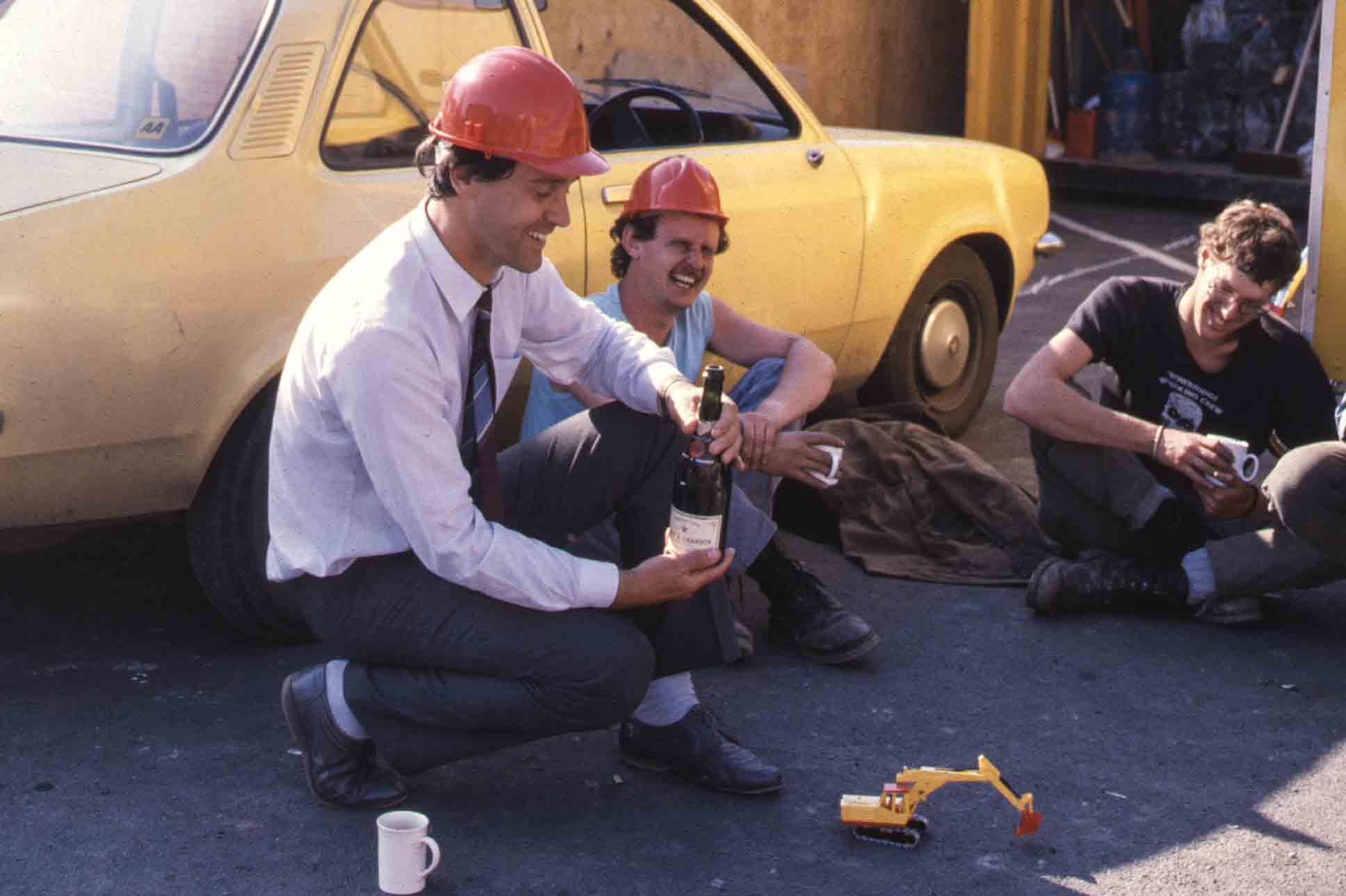 One key focus was strengthening our relationship with the district and town councils. These organisations undertook much of the planning-related heritage protection in the County. However, a number did not have up-to-date heritage policies in their local plans and the heritage information held on our County Sites and Monuments Record and on the historic city databases was in desperate need of enhancement.

With the support of Anthony Streeten, our English Heritage regional inspector, the various local authorities were persuaded to update their planning documents, with strong policy frameworks included in their revised local plans and day-to-day links established with our unit. Funding was also raised from English Heritage for an extensive urban survey, assessing the smaller historic towns across the County, whilst Worcester was to benefit from a more detailed extensive urban survey. The latter project built on the excellent working relationship between the city council’s in-house team of conservation and heritage advisors including Will Scott, Tim Bridges and Anna Dolecka and ourselves. 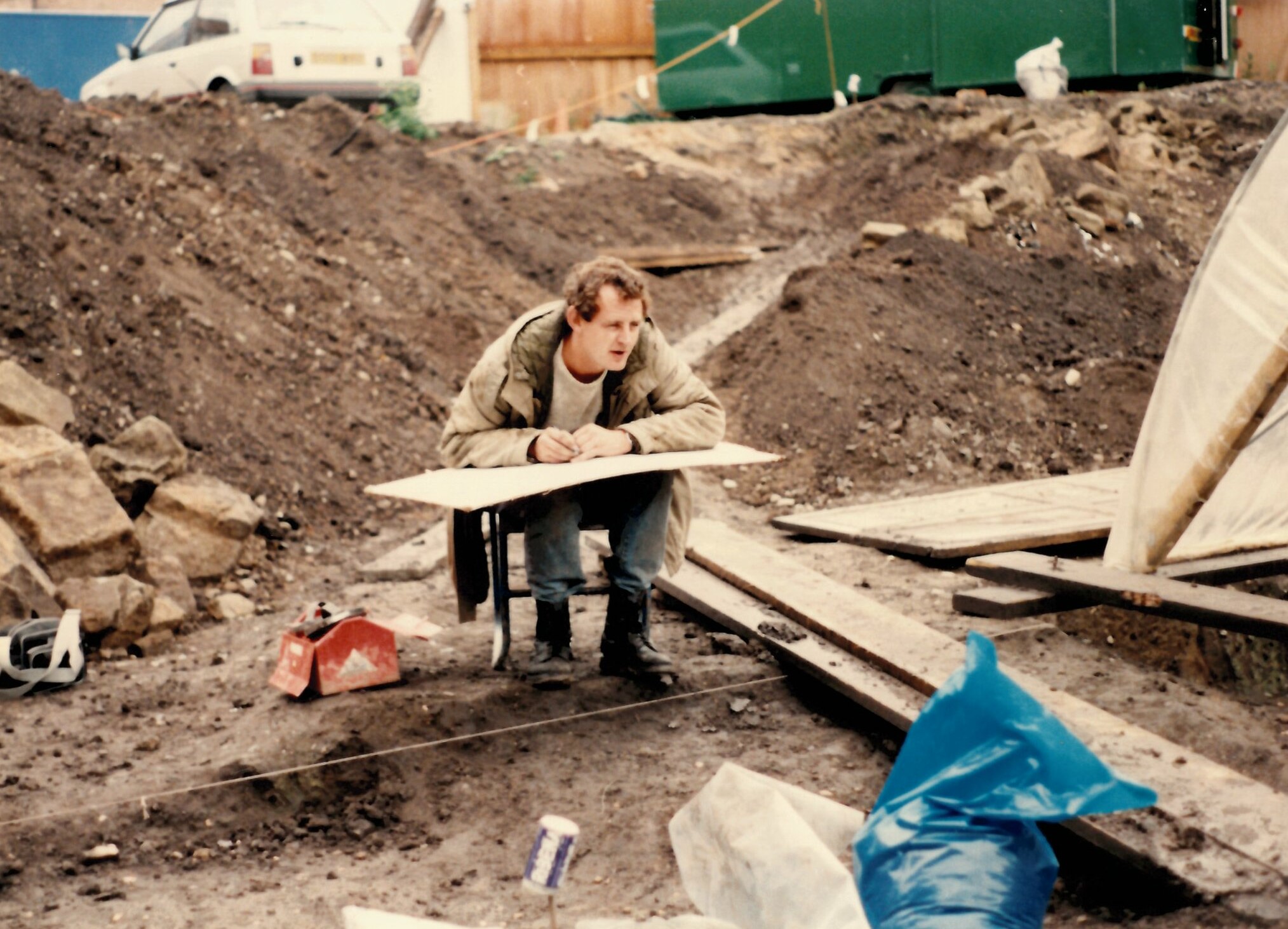 While we undertook a range of work, including excavations, planning inquiries and scheduled monument consent hearings across Herefordshire, in the city of Hereford itself, Ron Shoesmith and his archaeological unit had a long and successful tradition of archaeological work in one of the small number of urban statutory Areas of Archaeological Importance in England. We could concentrate our efforts outside this historic city therefore.

One of the failures that I recall from that period, though, related to this latter work. In this case, a proposed development was proposed for the site of an enclosed nunnery located on the outskirts of Hereford (but falling within another local authority’s jurisdiction). Our evaluation identified that the Nunnery’s orchard contained earthworks and deep archaeological deposits relating to a former medieval village. Its potential to contribute to our knowledge of Hereford and its immediate hinterland was lost however when the local authority gave planning permission for housing development with no archaeological mitigation. One elected member commented that the evaluation had only found a load of old bones and broken pottery, as could be found in any farmyard in the county!

Perhaps the most amusing memory from the latter period of my tenure was the increasingly heated debates in the County Council’s committee over the possible future separation of the two historic counties. Anticipating the future inevitability of the county’s split, the politics shifted with the county councillors seeming to align on investment debates, not on political principle, but increasingly on geography. If a new library was being considered, the debate now shifted to which side of the Malverns it should be built on!

Working within a council will always mean that a significant amount of the work of the county archaeologist is ‘political’. The provision of heritage services was not a statutory requirement and remained vulnerable to financial and political currents. When I later worked for English Heritage, I was to see at first-hand how established county heritage services could be ‘delayered’, decimated or entirely destroyed for short-term political or financial gain.

It would be remiss of me to finish this note therefore without mentioning the support we had from the County Council’s Libraries Service. The County Librarian, Michael Messenger, his able assistant, Keith Weyman, and the broader Libraries Team, resolutely supported us and fought hard for our continued existence. Broader support from colleagues in the finance team, the personnel department, from county planners and from many others including elected members made the job a great pleasure, as did working with such a talented team within the archaeological service itself. The difficulties we successfully navigated when fighting to preserve the County Archaeological Service has, perhaps, not always been fully appreciated. 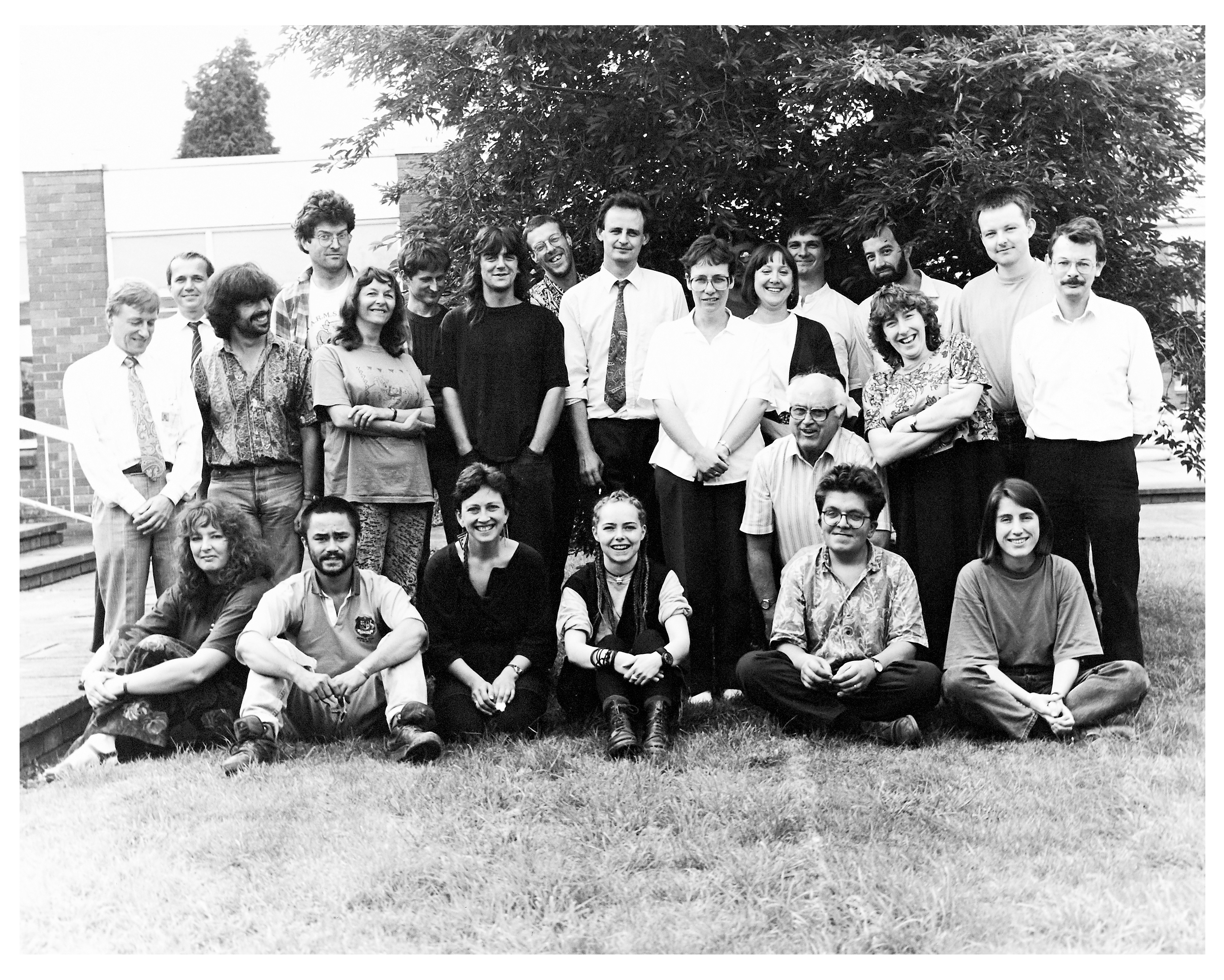 Archaeology staff with Malcolm Cooper in the centre (with tie on) 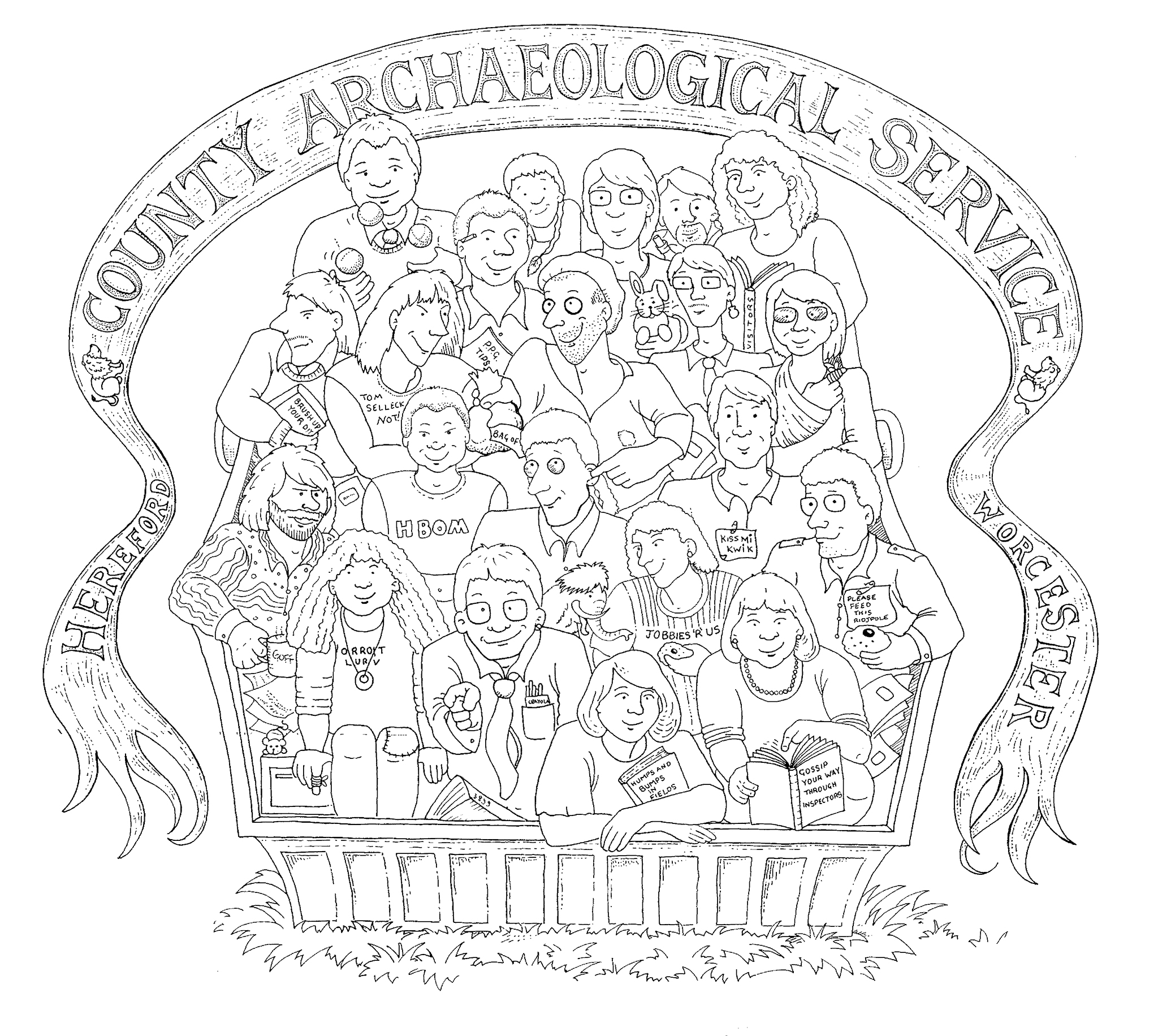 Hereford & Worcester Archaeology staff in a skip as drawn by Laura Templeton. Staff from the time may recognize themselves! The pet rabbit is shown, as is Millicent the Mammoth, found shortly before the cartoon was drawn.

One response to “Archaeology 50: Malcolm Cooper”