Paying the price – the early days of market gardening

Starting a new endeavour is rarely easy. Delving into the story of market gardening reveals the challenges faced by the Vale of Evesham’s first growers. These are highlighted by one village’s struggle against high tithe payments – Dr Alan Wadsworth (Worcestershire Farmsteads Project) explores the challenge made against unfair charges in Offenham, just north of Evesham. In doing so, the crop rotations practised are identified, giving us an insight into how the market garden business grew out of and alongside regular farming activity.

In 1801, there is no mention of market gardening in Offenham’s crop returns – the parish’s major crops were wheat (205¾ acres), barley (143½), turnips (74¾), peas (61½) and beans (51¾), the latter two being for animal feed.[1] Later, in 1841, the tithe apportionment was agreed for Offenham, which recorded the landowner, occupier and acreage of each field, along with its use (arable, pasture, meadow etc). Most agricultural land around the village was arable, with 876 acres out of a total 1181 used for growing crops. Tithes belonged to the Dean & Chapter of the Cathedral Church of Christ in Oxford, but Thomas Sheaf of Offenham held these tithes on a lease for 21 years: he also owned 354 acres of land in the parish.

The following table shows an extract from the Offenham Tithe award for part of the land occupied by Thomas Sheaf, some of which he owned:[2]

As payment in kind had become an archaic practice by the 19th century, tithes were commuted, or converted, into monetary amounts: this payment was known as the “rent charge” and averaged 9s 1d per acre for Offenham parish. At that time, there was no recognition of any land in the parish being used for market gardening.

However, by 1863, it appears that some land had been converted to market garden grounds, for which an extra rent charge was to be imposed. A meeting was held in Offenham on 18th March chaired by John Rawlinson, one of the Assistant Tithe Commissioners and his report, along with the evidence presented at the meeting is to be found in the tithe file for the parish.[3]

He starts his report by noting that the meeting was held

for ascertaining & awarding the amount to be paid per Imperial acre by way of extraordinary charge in respect of such portions of the land of the parish of Offenham as are newly cultivated as market gardens. 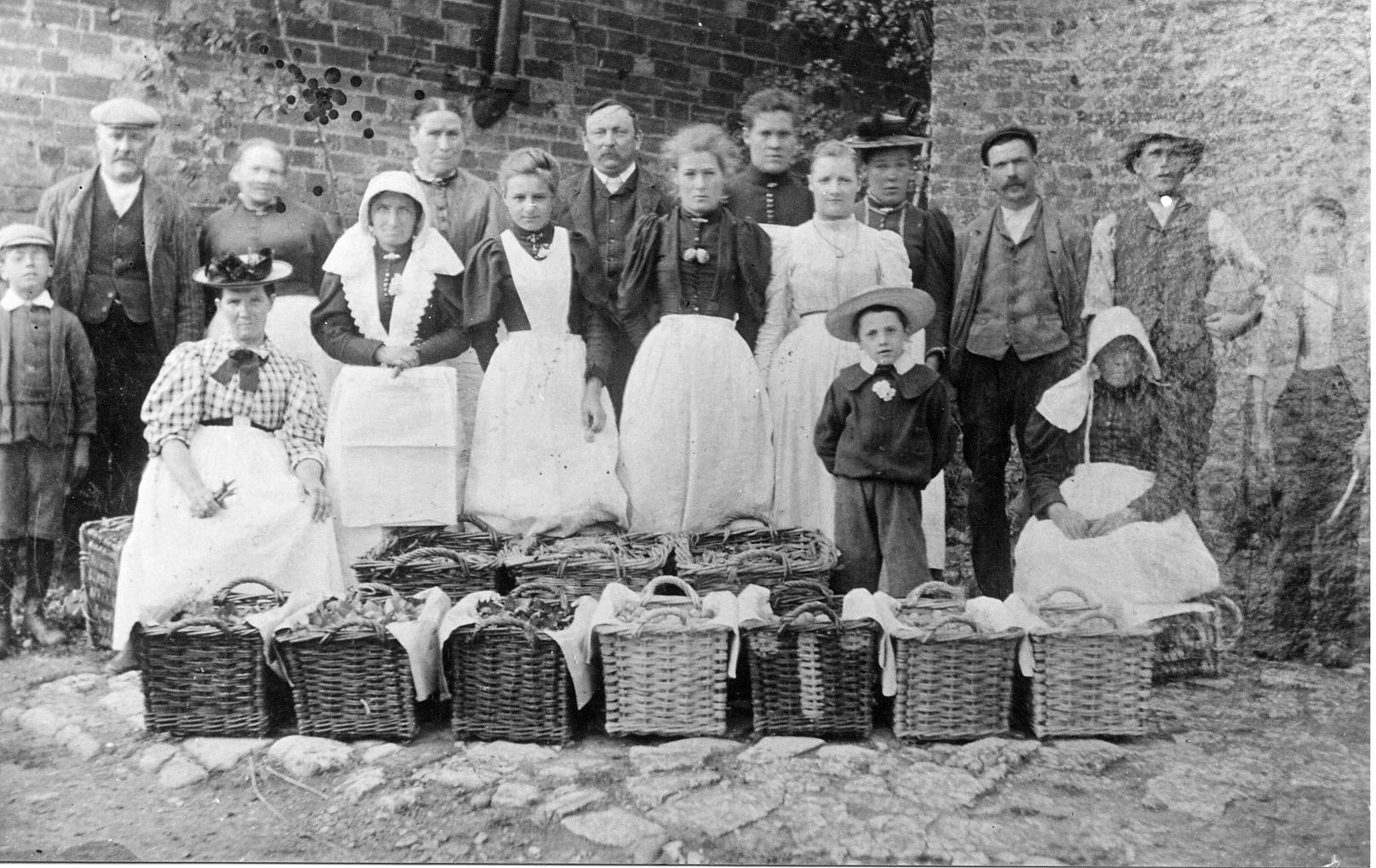 ‘Drury workforce at The Homestead’ – photography was in its infancy during the early days of market gardening, so few exist. This is the oldest photo collected by the Market Gardening Heritage project – taken around 1880 in Fladbury, near Evesham (with kind permission from Michael Izod).

The majority of the land in the table above was now occupied by James Myatt and he gave the following evidence at the meeting [abbreviated words have been expanded for clarity]:

6a 0r 23p No.119 is an orchard & in cultiv[atio]n with vegetables. It had mangle worzel on it last y[ea]r – & it is now planted with early pot[atoe]s. I sold the mangel worzel to the farmers. Before the Mangel wortzel, it had cabbages 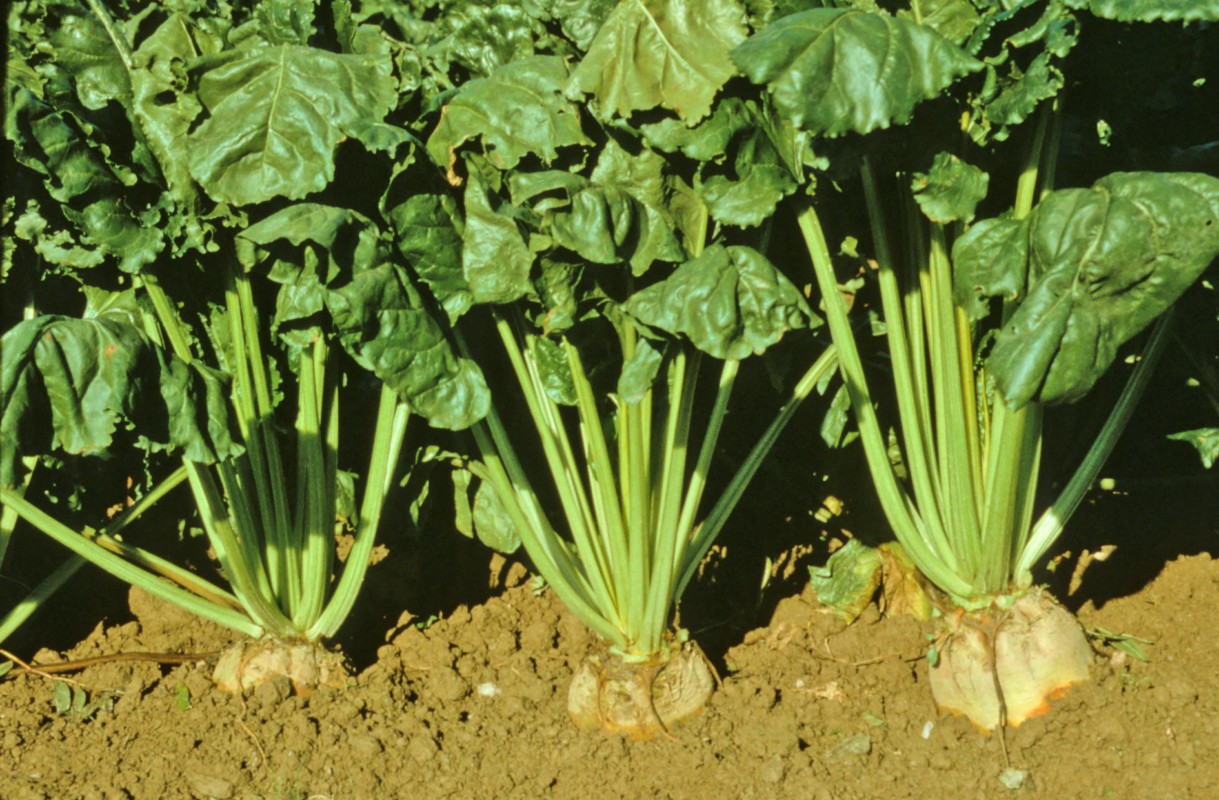 Wondering what ‘mangel wortzel’ is? Mangelwurzel (also known as mangold, fodder beet or field beet) is primarily used to feed livestock and both the root and leaves can be eaten. It’s not a market garden crop, so it’s interesting to see that mangelwurzel was being grown in rotation with potatoes and cabbages. (Copyright: Arn, CC BY-SA 3.0)

What impact did Myatt’s statement have?

In John Rawlinson’s report to the Tithe Commissioners, he noted that:

From his report, it’s clear that John Rawlinson had experience of awarding extraordinary rent charges in other market gardening areas, such as in Kent and Surrey, where the lowest additional charge he knew of was 5s per acre. Whilst land in these counties was of an inferior quality to that in Offenham, he acknowledged that their proximity to London was an advantage. As a result of everything he had heard, he was of the view that an extra 5s per acre was a fair addition to the ordinary rent charge.

This did not go down well, as the existing charge for market gardening land in Offenham was 3s 3d on top of the average rent per acre – well under the newly proposed 5s. By June 1863, John Rawlinson was back in Offenham to hold a meeting about objections to the extra 5s per acre. The following points are made in his report from this meeting:

As a result, he concluded that the extraordinary rent charge for market gardens should be reduced to 4s per acre and he altered the deposited copy of the award accordingly. Despite this, John Rawlinson notes that Mr Myatt was still not happy… unfortunately there is no more about that in the archives.

High rent charges may have caused some financial trouble and put off a few potential growers, but it didn’t stop the gradual rise of fruit and vegetables being grown alongside traditional farm crops. By 1876, the annual agricultural statistics show that 64¼ acres of land in Offenham were being used by market gardeners, along with 24 acres of orchards.[4] 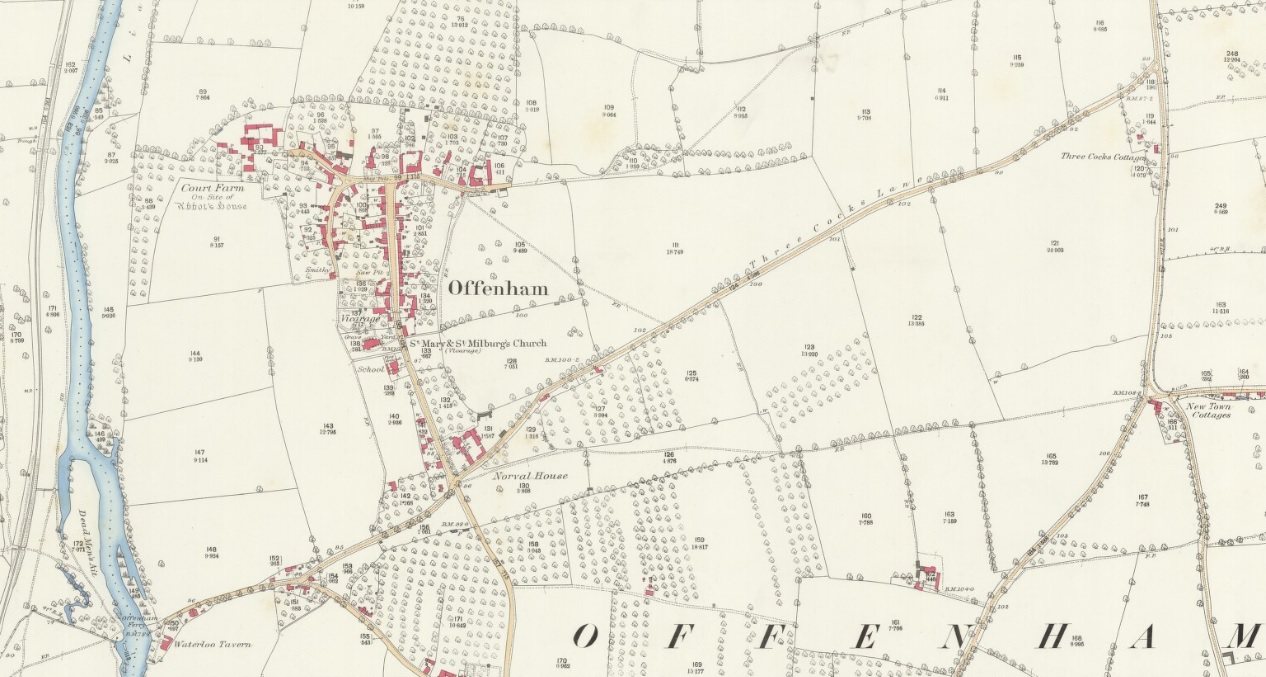 1886 map of Offenham showing lots of orchards – 1st edition OS, sheet Worcs XLII 12 (reproduced with the permission of the National Library of Scotland CC BY 4.0)

Curious to find out more about market gardening? Take a look at further research blogs and hear local memories recorded by the Market Gardening Heritage Project.