It is generally assumed that the natural territory of an archaeologist is within a muddy trench or investigating the roof spaces of historic buildings, torch in hand. Whilst this is often the case, we do occasionally pick up a notepad and venture into archive research.

This was just the case for Willow Court Farm, historically called Boycott Farm, on the outskirts of Droitwich and now located within the Westlands Estate. We were commissioned to undertake a historical and architectural report on the building by Worcestershire Buildings Preservation Trust, who are working on behalf of its owner, Wychavon District Council to look at options for the future of the building. It’s projects like this where we really benefit from being the combined Worcestershire Archive & Archaeology Service, as the county archives and our archival team are just upstairs from the commercial archaeology offices in The Hive. 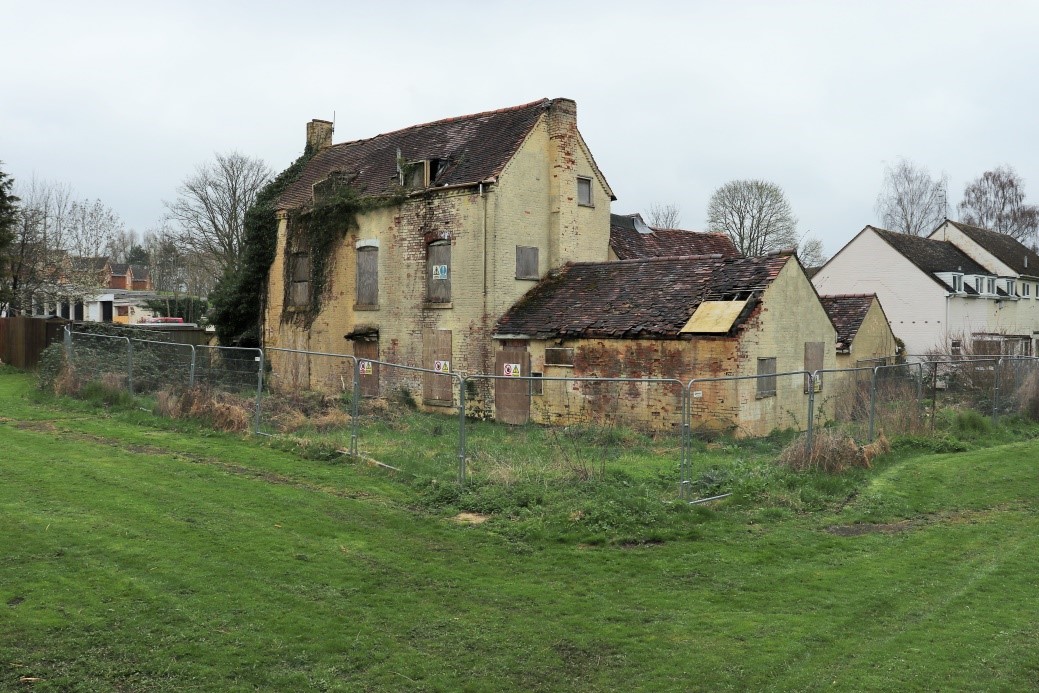 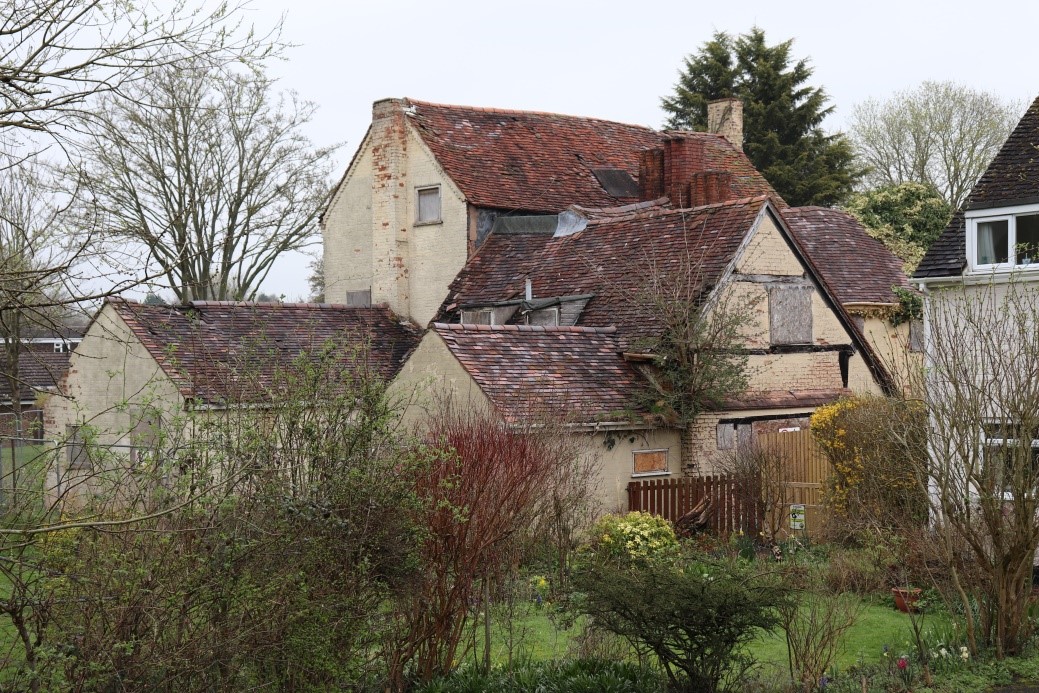 Our research into the history of Boycott Farm took on some interesting and engaging directions. The first, remarkably early mention comes from a court hearing in 1275 – part of the Worcester Eyre (a series of court cases heard by visiting royal judges) – which records a dispute over ownership of rents held in Droitwich and Boycott by one William Bachecot. His tenant, Simon Aleyn, had been paying a lease of ½ pence a year to William Jordan, though the court found their contract was invalid due to William Jordan being underage when it was agreed. William Bachecot was declared the true landowner and Simon Aleyn ordered to pay rent of 16 shillings to him (Röhrkasten 2008).

In 1456, a “messuage in the Overboycote” (messuage meaning a dwelling) is mentioned. This reference comes from a document describing Droitwich’s boundaries, which then ran immediately south of the present farm’s location to “Boycotebridge”.

There is a 13th century reference to Boycott – the name – but the building is probably 16th century.

The surviving farm buildings have 16th century elements, but no historical records relating to its early history are known until the 18th century. The earliest documentation is from 1714, when the property is apparently within the estate of the Talbot family, based at Salwarpe Court. The Salwarpe estate was bought by the Talbots in 1546 – previously it had been in the ownership of Catherine of Aragon, giving Salwarpe a tantalising Royal link.

In 1712, Salwarpe manor was detailed for sale in order to pay Sir John Talbot’s debts. It was taken on by his grandson, John Ivory Talbot, who in turn sold some of the estate’s property, of which Boycott is presumably part, to a Jane Woodhouse in 1718. Boycott went through sale twice in the subsequent years of the 18th century, eventually being transferred in 1784 to Edward Bearcroft, a notorious figure within the history of Droitwich.

In his early years, Edward Bearcroft appears in Bristol assizes (court) records charged with the murder of his own son, who was born out of wedlock – it is rumoured his mother parted with a large sum of money for dropping the charges. Edward Bearcroft was equally colourful in his role as landowner and agent. By making verbal agreements with tenants that could be easily reneged on, he put them in a precarious position and made it difficult for them to challenge him.  He changed the expiry day of tenancies from Lady Day (25th March) to Candlemas (2nd February) and moved fields from one farm to another, making it difficult to calculate and compare income. He also failed to pay bills and involved his brother-in-law in various lawsuits with creditors (historicdroitwich 2018).

Perhaps unsurprisingly, when Edward Bearcroft died in 1793 his only mourners are thought to have been his servants. Edward himself appears to have had a different notion of his standing though, as in an addition to his will he states: “My Tenants the Farmers (are) to be my pall bearers with scarfs and hatbands and all the rest of my Tenants & Cottagers to be asked to my Funeral and to have hatbands and gloves for as they are my very best friends and they are entitled to my last respect” (historicdroitwich 2018). 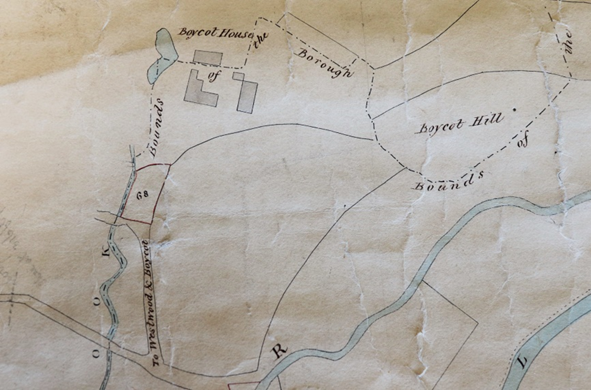 Extract of the 1786 plan of the borough of Droitwich, showing Boycot House and farm buildings (WAAS ref BA 7887, s497). The position of “Boycotebridge”, mentioned as part of the bounds of Droitwich in 1456, can be seen to the south of the farm.

The main beneficiary of his estate was Frances Dickenson, his niece, who is named as the owner of Boycott Farm on an 1812 map. She leases the farm to a Thomas Saunders for £450 in 1815, after which time we have a comprehensive list of tenants until 1939.

Just 7 years later in 1821, Sir John Pakington of the nearby Westwood House paid £5250 to buy the Boycott estate, plus a further £450; presumably to discharge a mortgage raised by Thomas Saunders. The farm stayed within the ownership of the Pakington family into the 20th century.

Under them the farm initially went through several tenants in quick succession, with a William Perry farming 81 acres from Boycott Farm in 1839, then by 1841 a Henry Leach was registered there. From 1851 until at least 1939, the tenancy of the farm was held by the Terry family, beginning with Elizabeth Terry who had a young family at the time. The status of the farm during the mid-19th century is clearly shown by the presence of a waggoner, cowman, housekeeper and house servant. The 1851 census records John Terry as the farmer at Boycott with no mention of Elizabeth, though her children remain. Elizabeth’s son, also called John, took over the farm by 1901 and in turn passed it to his son Arthur by 1939. It is likely that Arthur’s son, also called Arthur, took over some of the farm duties, but we nothing of them after this time until their deaths are registered in the mid and late 20th century. If you are a member of the Terry family, or know of them, and can complete this picture we would be glad to hear from you. 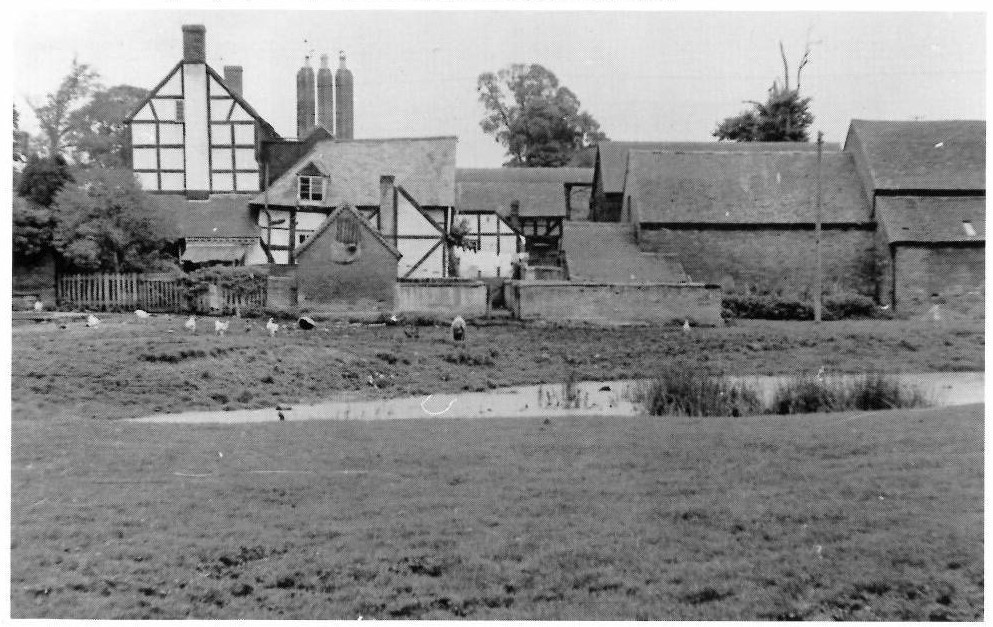 By 1974 the farm was acquired as part of a redevelopment, which was initially known as the Boycott Estate and later renamed as the Westlands Estate. The house was split into flats for five families up until 1994, after which the building remained empty.

This hiatus has allowed time for the interesting history of the building to pass out of mind, though its refurbishment is likely to change this. Significant details can still come to light by using a torch in its roof space and notepad in the archives.

Our thanks to Professor Robert Stone of the Birmingham University, who took the drone images which were a large part of making this model possible.

We carry out a range of archaeological services associated with historic building recording. Please get in touch if you would like to discuss a project with us.

The Bromsgrovian botanist who earnt His ‘Majesty’s admiration’

A discovery in our archive reveals how a local scientist contributed not only to popularising horticulture in the 19th century but significantly during his life to the people and town of Bromsgrove. In fact, held in such high esteem, he later earnt his ‘Majesty’s admiration’ from the King of Prussia.