Hidden and often forgotten, yet crucial. This is the story of many women who worked on market gardens in the Vale of Evesham – women who helped feed the nation and support their families.

Small plots growing fruit, vegetables, herbs and flowers for national markets covered the southeast corner of Worcestershire during the 19th and 20th centuries. You’d be forgiven for thinking that market gardening was an entirely male profession, as that’s the picture presented by old trade directories and census records. But records don’t reveal all.

Limited written records were made of women’s work, hiding their significant contributions and typically lower pay. Hidden, but not invisible – explore photographs and details that have been unearthed during the Market Gardening Heritage project.

Hover over an image to pause or use the side arrows to move left and right. 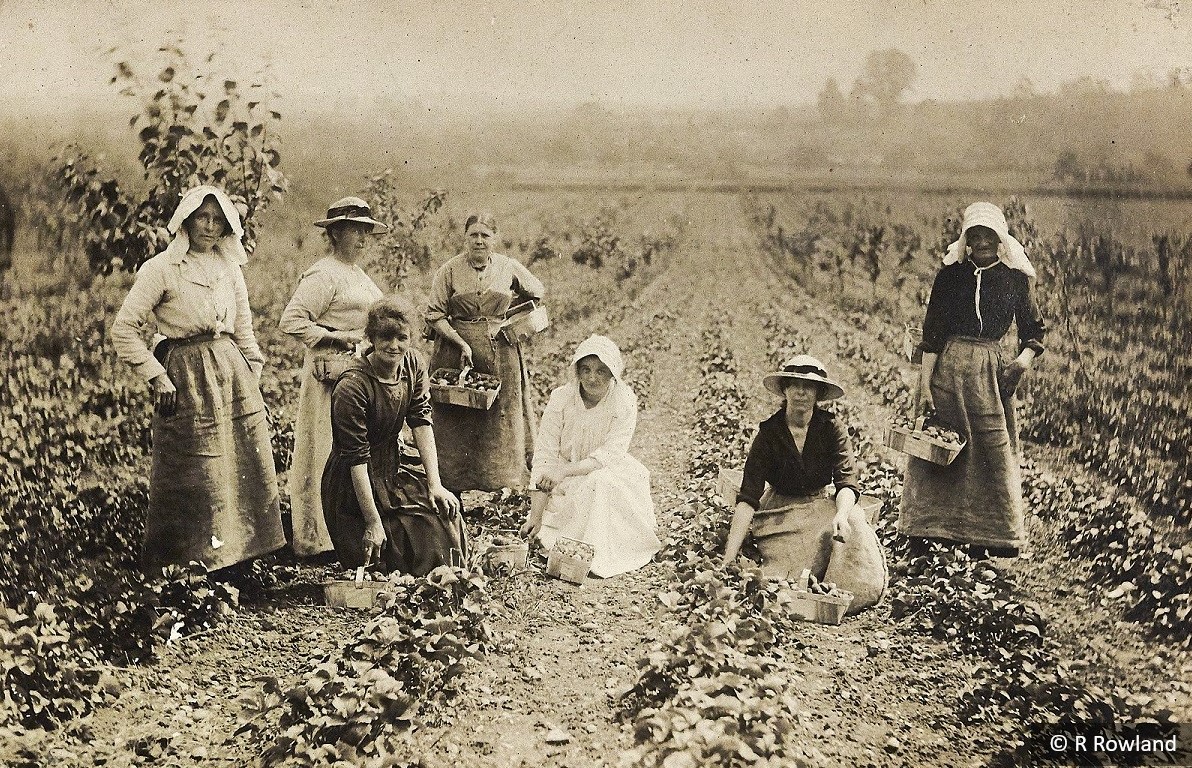 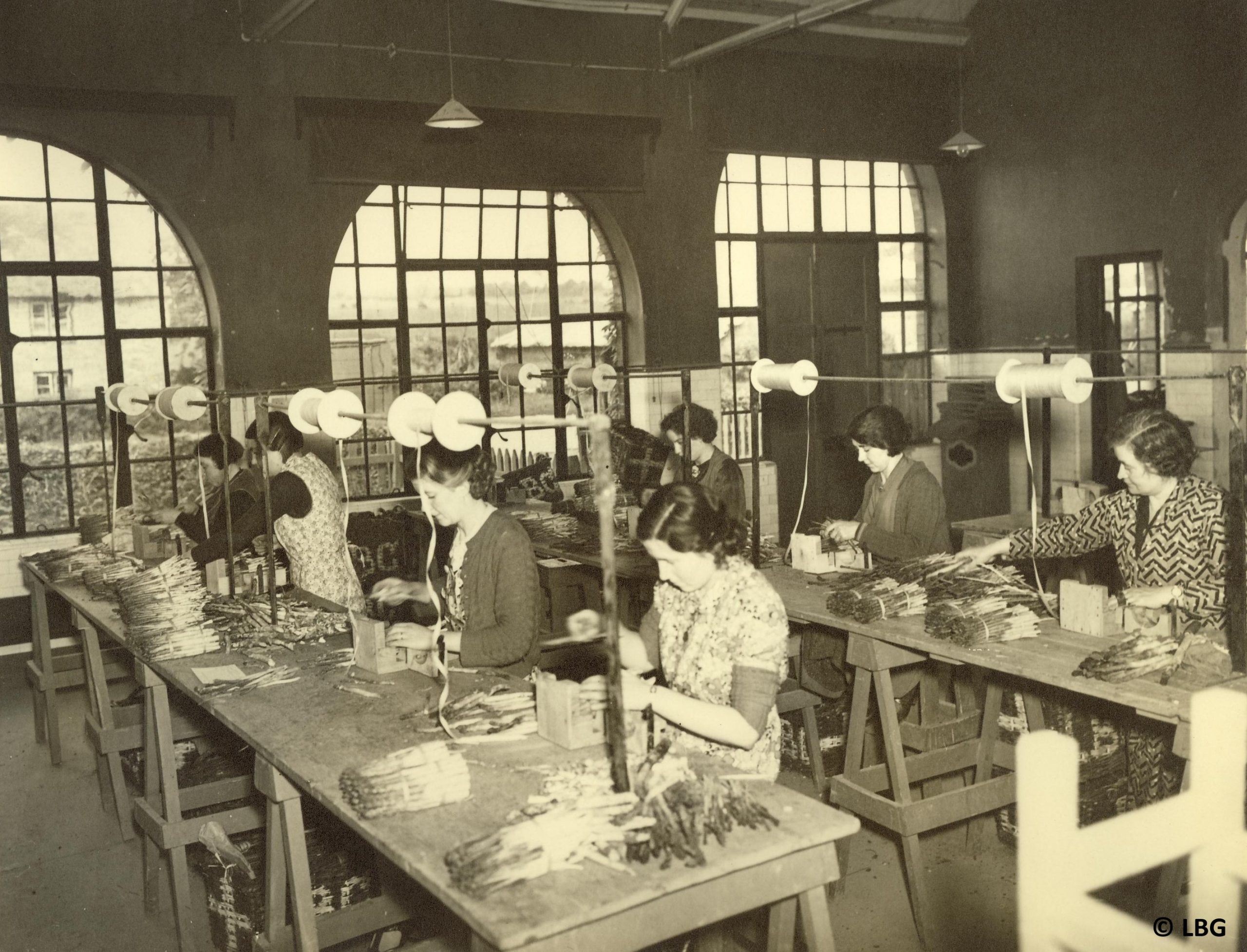 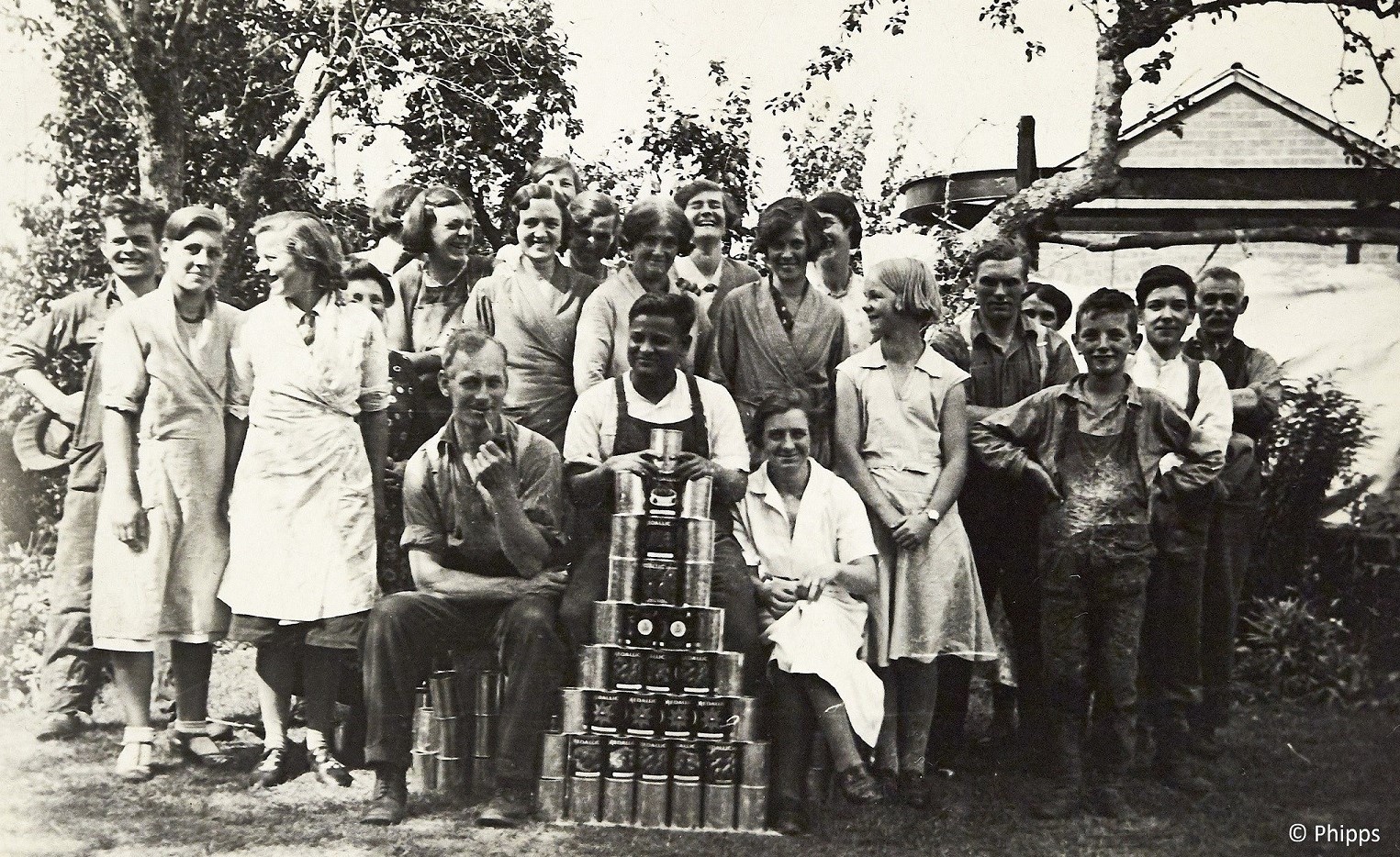 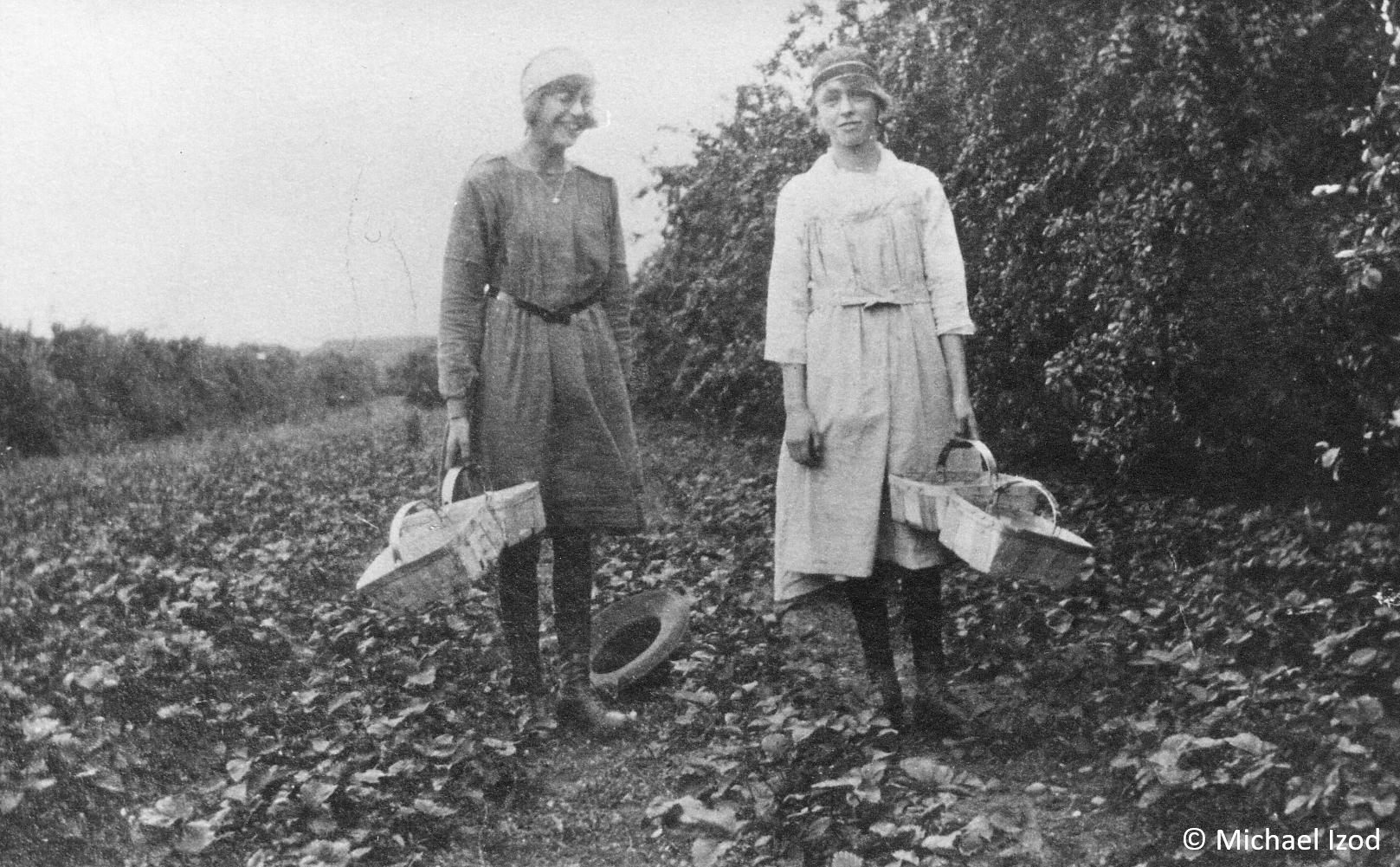 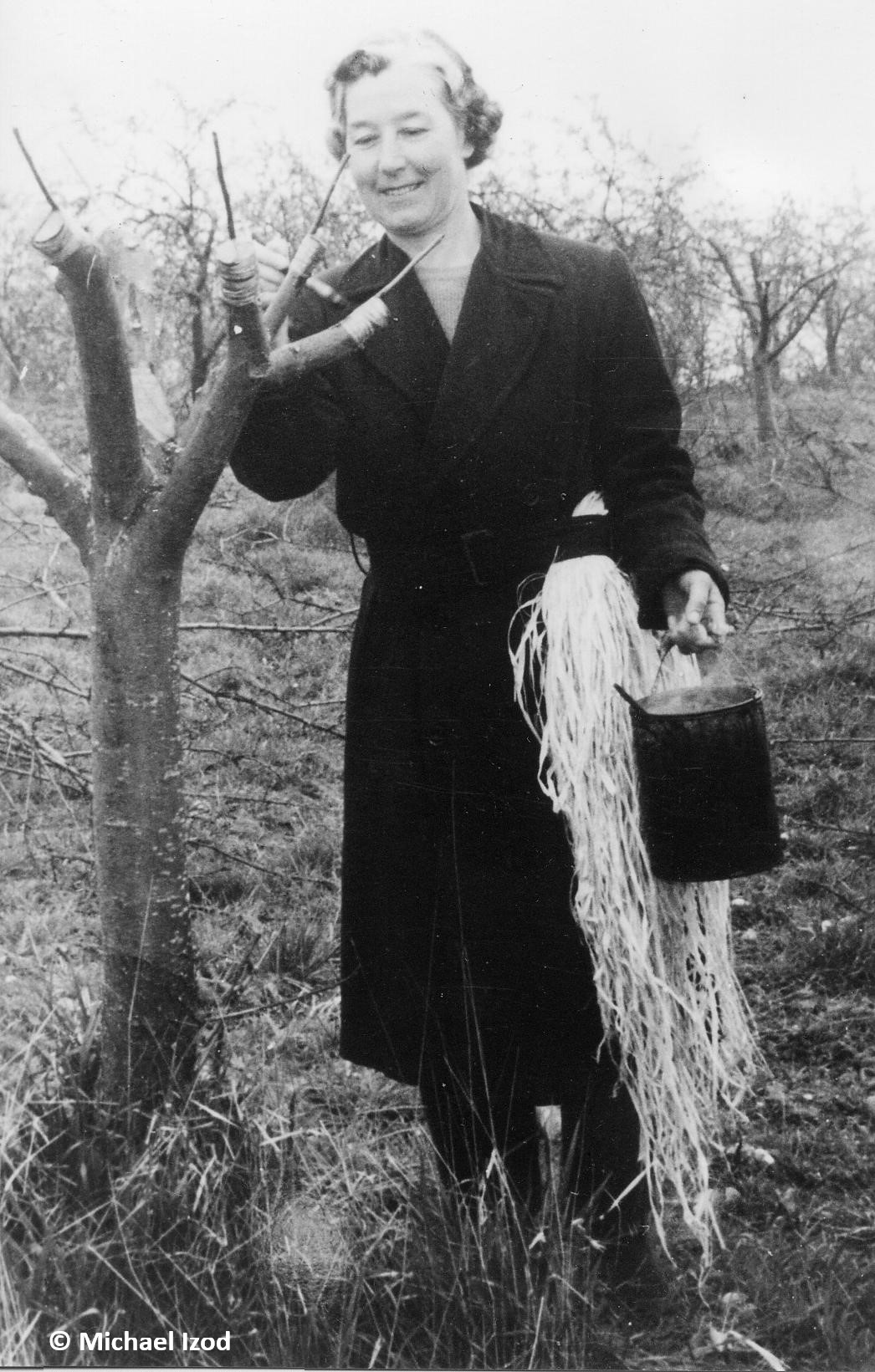 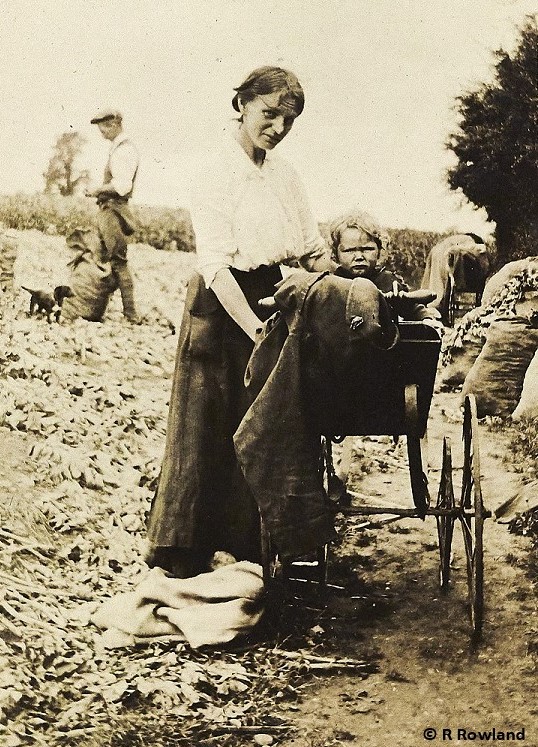 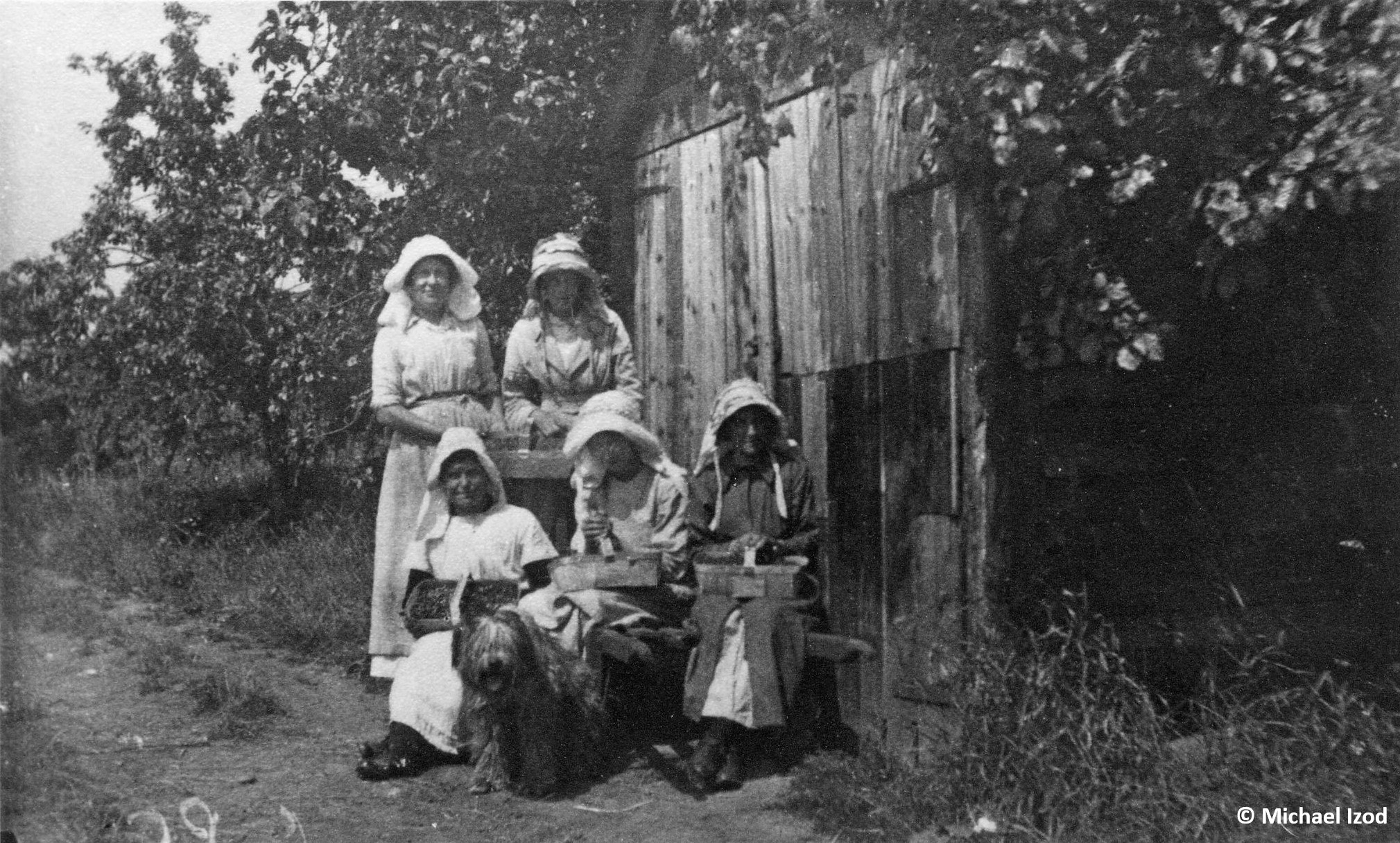 Women with the fruits of their labour - circa 1900 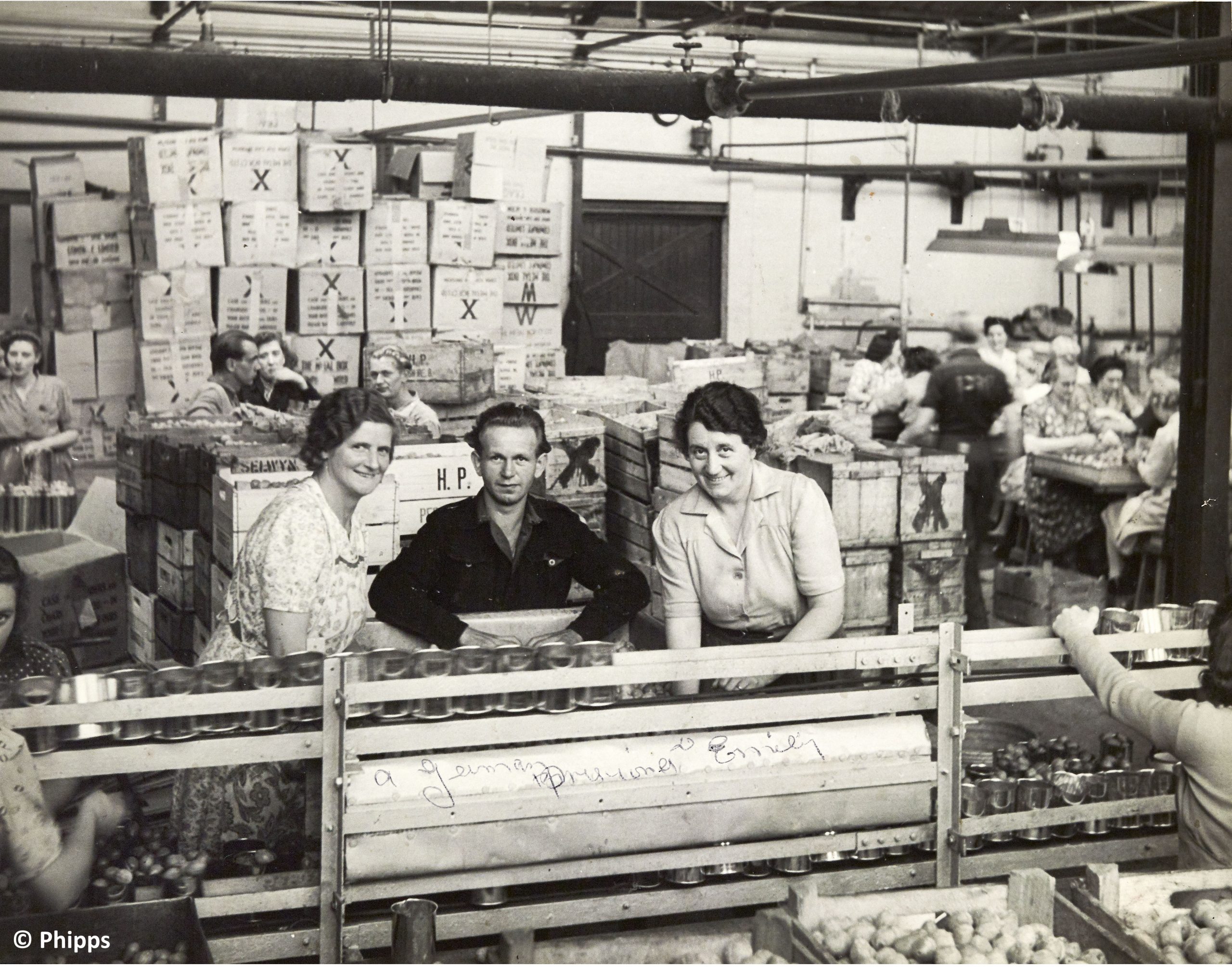 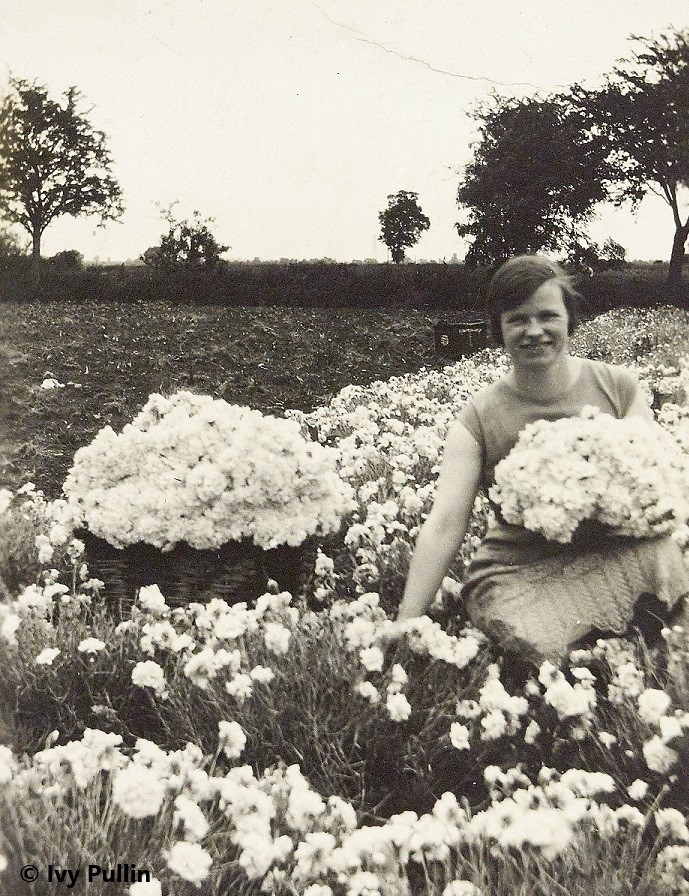 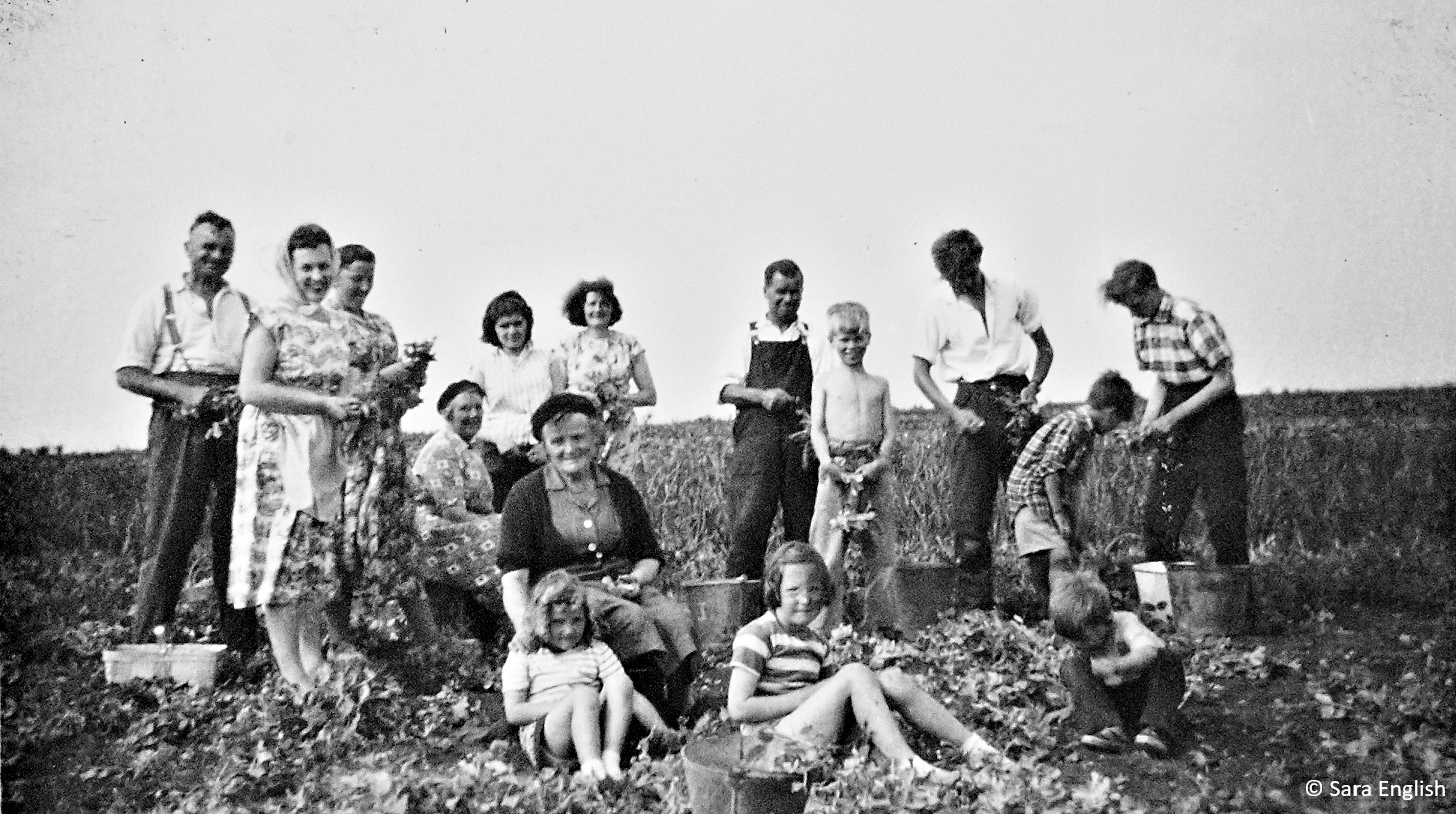 Pea picking in Cleeve Prior 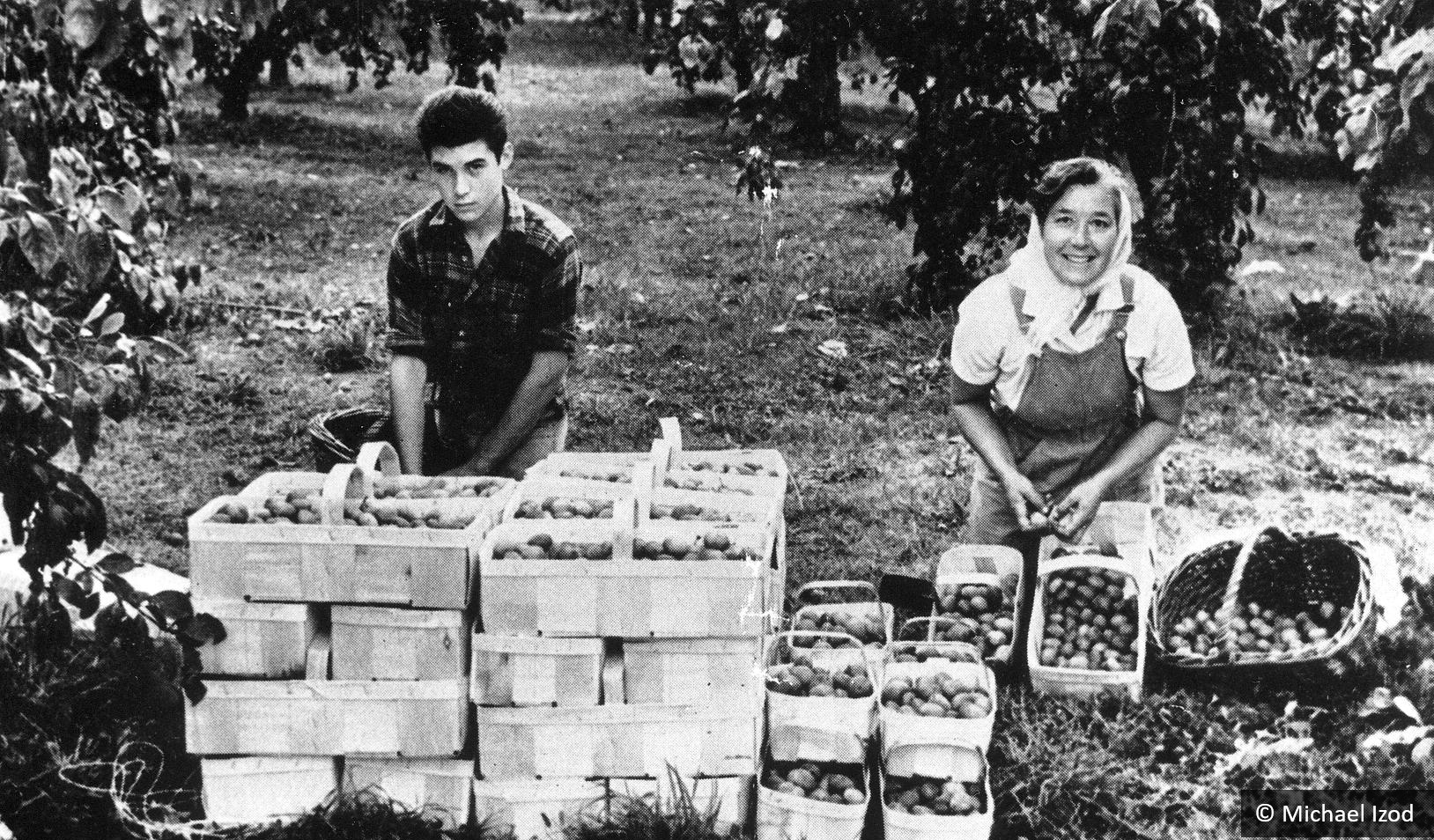 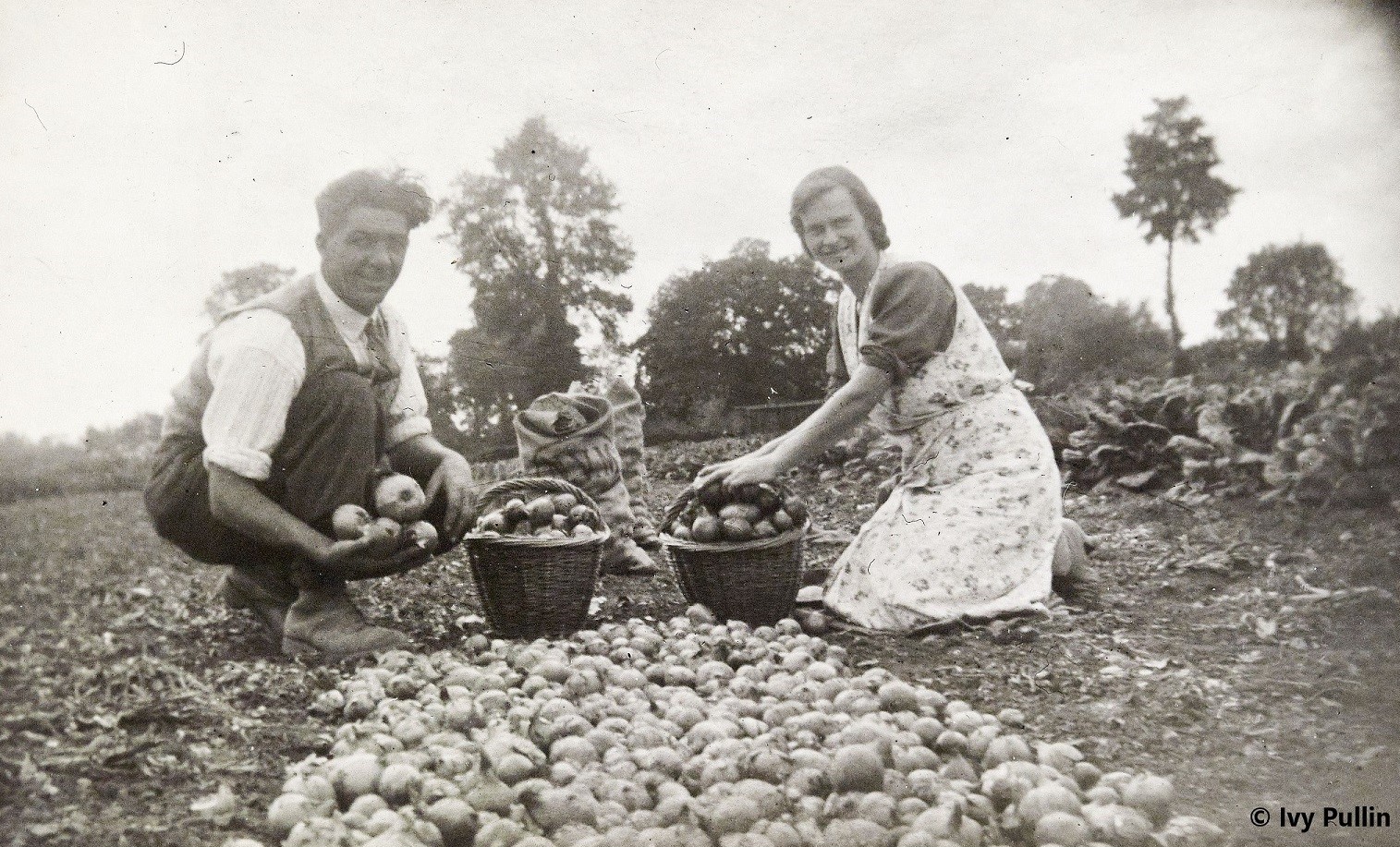 Whilst many local men were market gardeners, it was often a whole family effort: help from wives and children were crucial to managing market gardens. Not only did women make up much of the harvest pieceworkers and canning factory workforces, some ran their own market gardens.

The occupation of market gardener’s wives is usually described as ‘domestic duties’ on census records. This disguises the fact that many worked on the land, helping to plant, pick and pack crops alongside looking after a household and children. There are numerous stories of produce being tied at home or babies and toddlers taken to the land, so mothers could work whilst keeping an eye on their little ones.

Wage records kept by Oxstalls Farm in Evesham, a large market garden, tells us a bit about the women who worked for them during the busy harvest season. 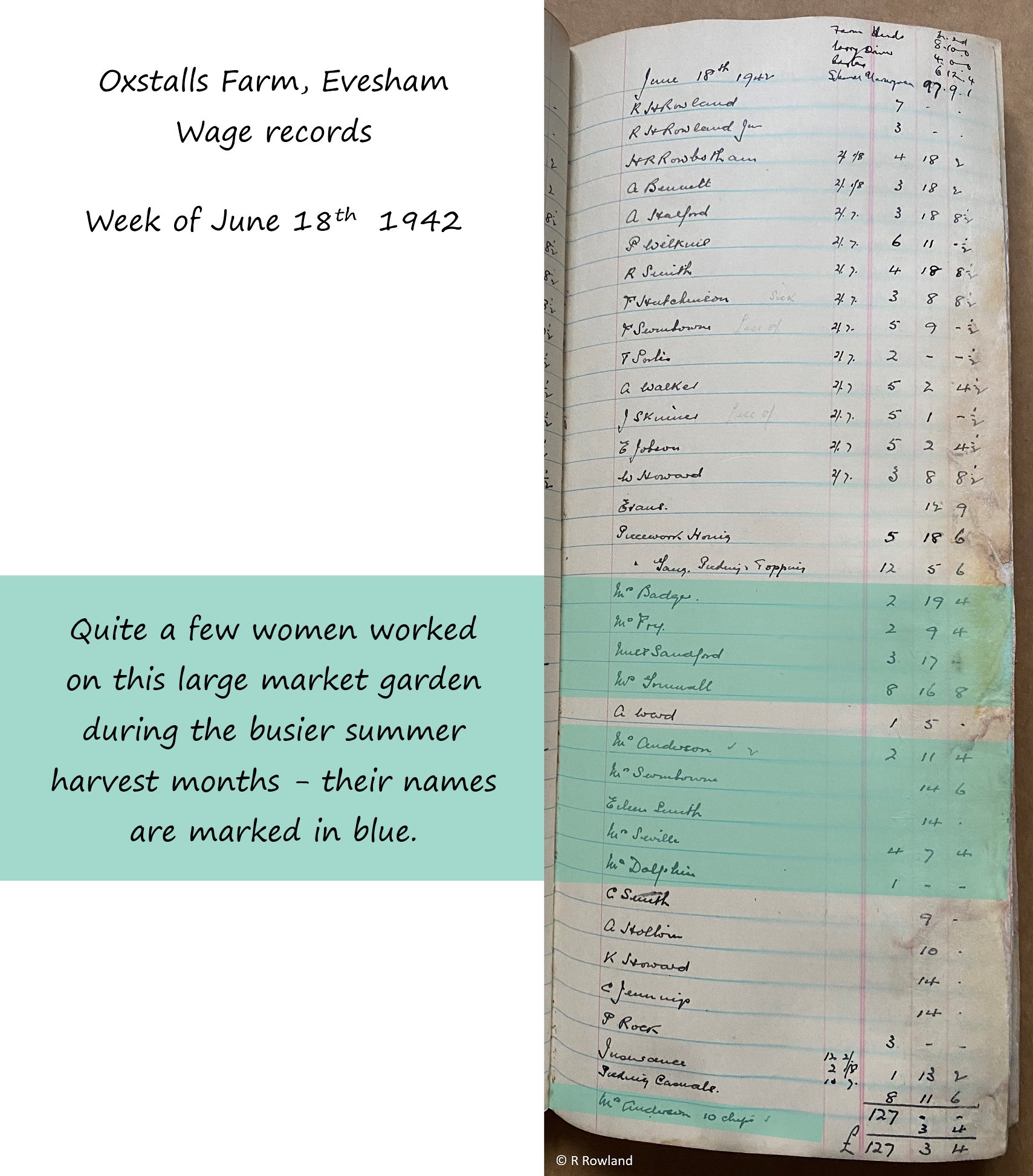 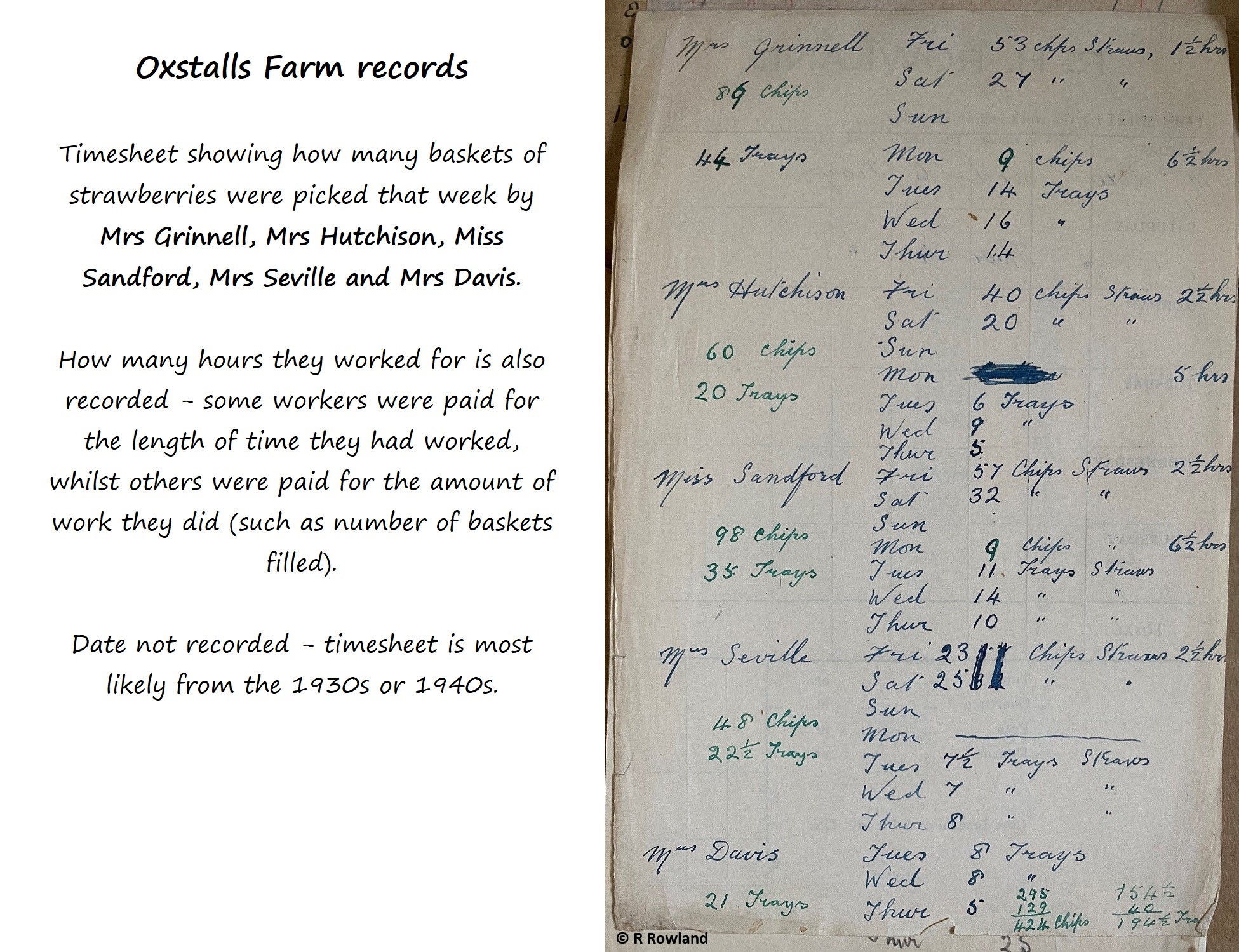 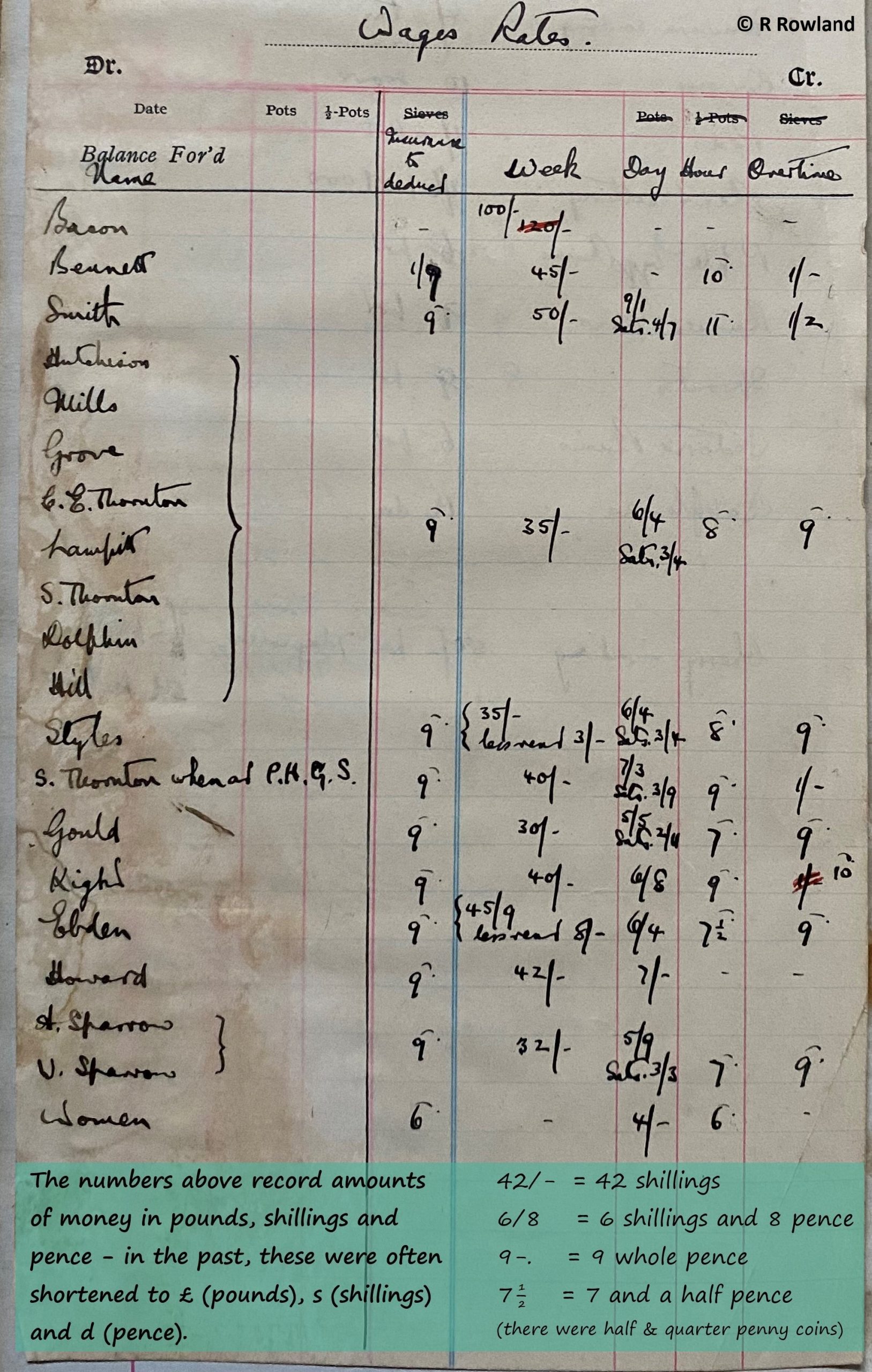 Use the image side arrows to scroll left or right – shared by kind permission of the Rowland family. For larger, easier to read copies open Women in market gardening – historic records.

The Women’s Land Army helped Britain to grow enough food during the war. With so many men away fighting, farms and market gardens needed help to grow and harvest their crops.

Over 200,000 women enrolled between 1939 and 1950. Many came from the cities to help fill rural labour shortages, including to farms and market gardens across the Vale of Evesham. Whilst some received a little training, most learnt on the job. Hard manual work in all weathers was challenging and for many land girls it was their first time away from home, but the companionship and camaraderie of the Land Army made it an enjoyable time for some.

Small groups of land girls were stationed in several villages, including Wickhamford, Harvington, Charlton and Great Comberton, either in old country houses or temporary hostels.

Hover over an image to pause or use the side arrows to scroll through photos of land girls working around Fladbury and Childswickham in the 1940s. 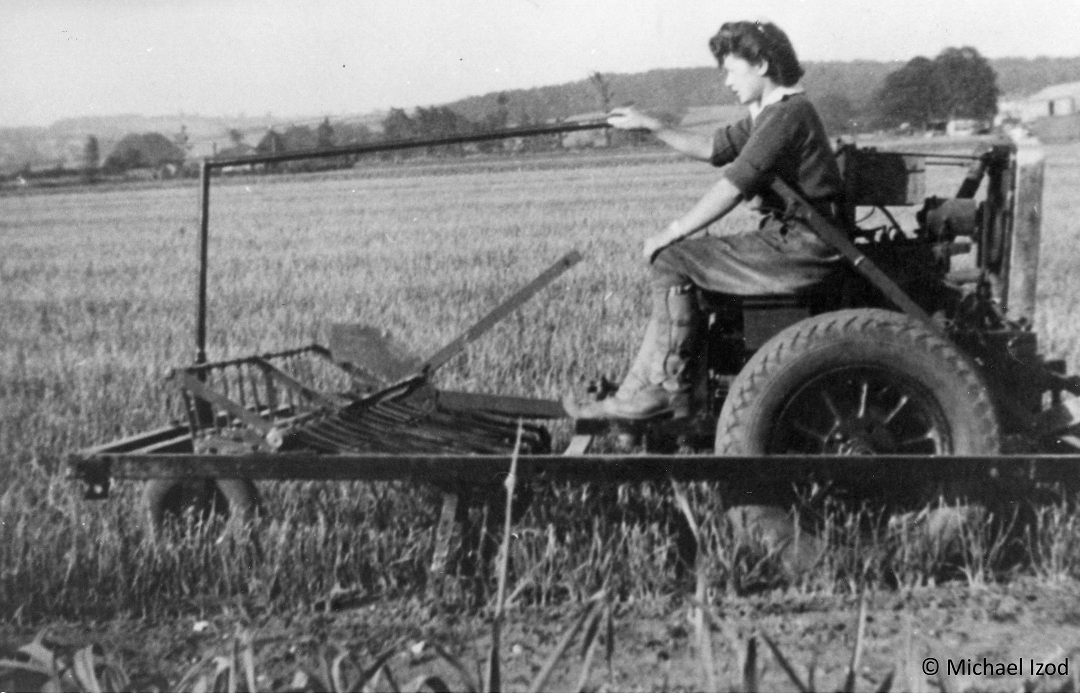 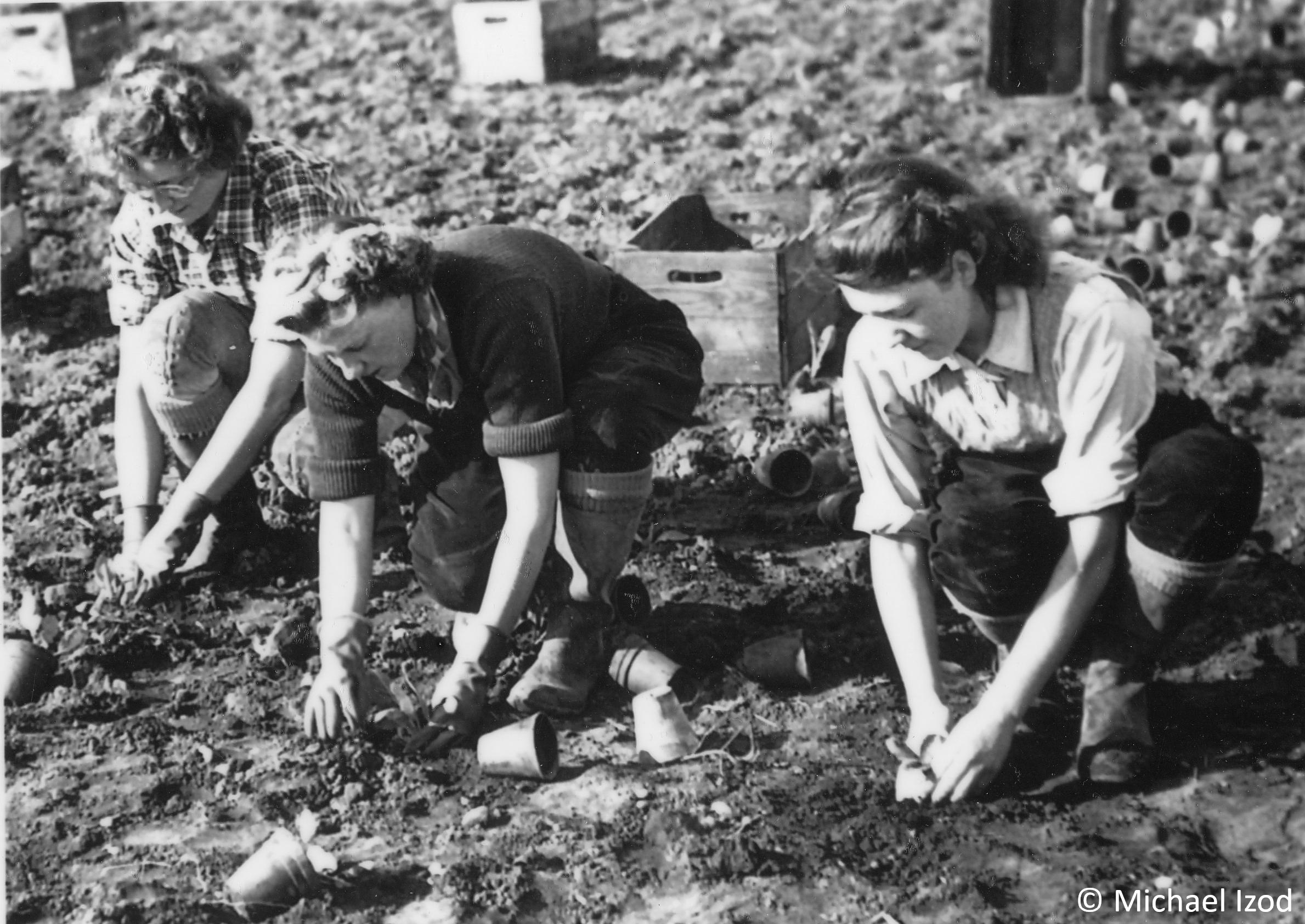 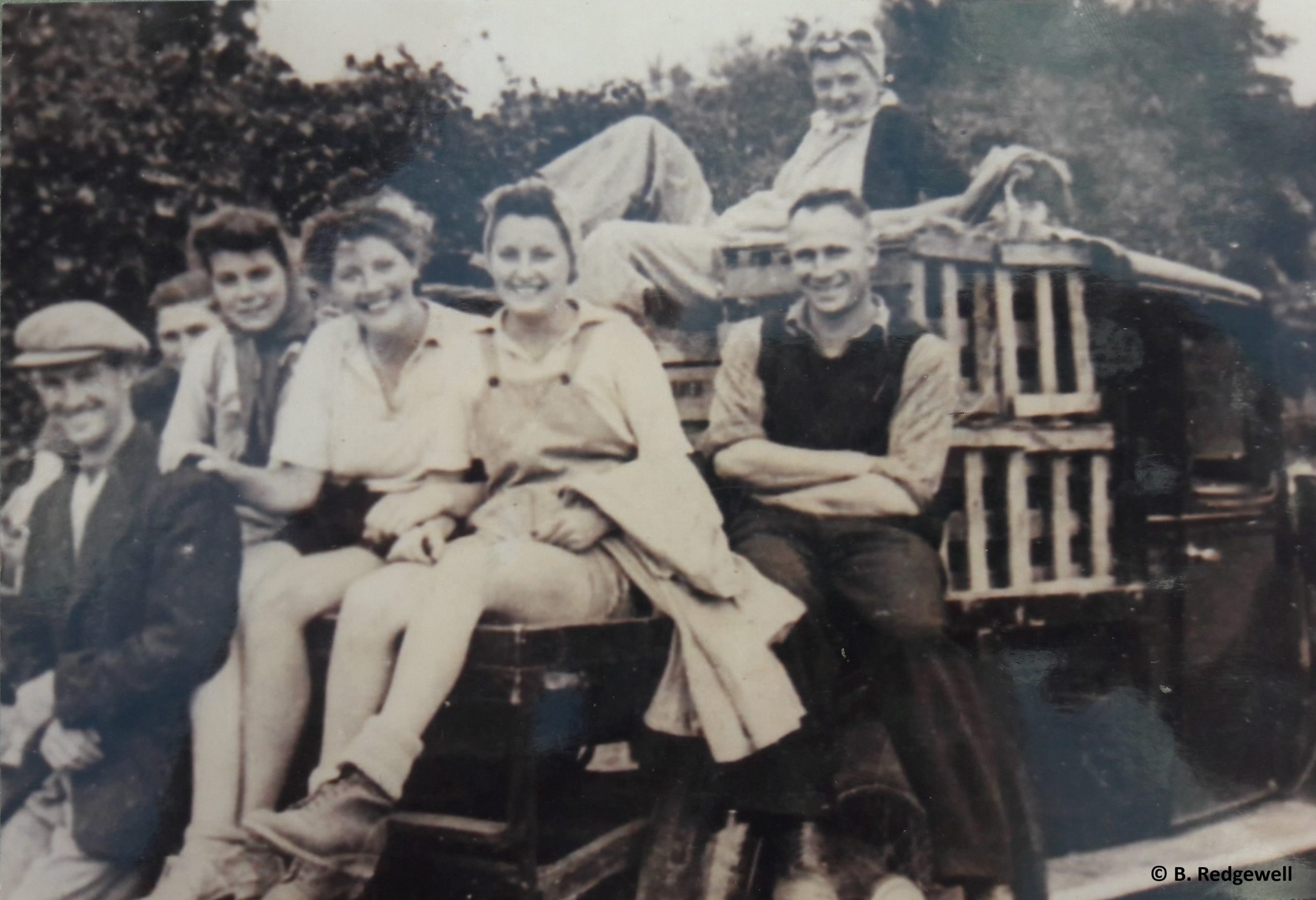 Groups of land girls with their employers in Childswickham 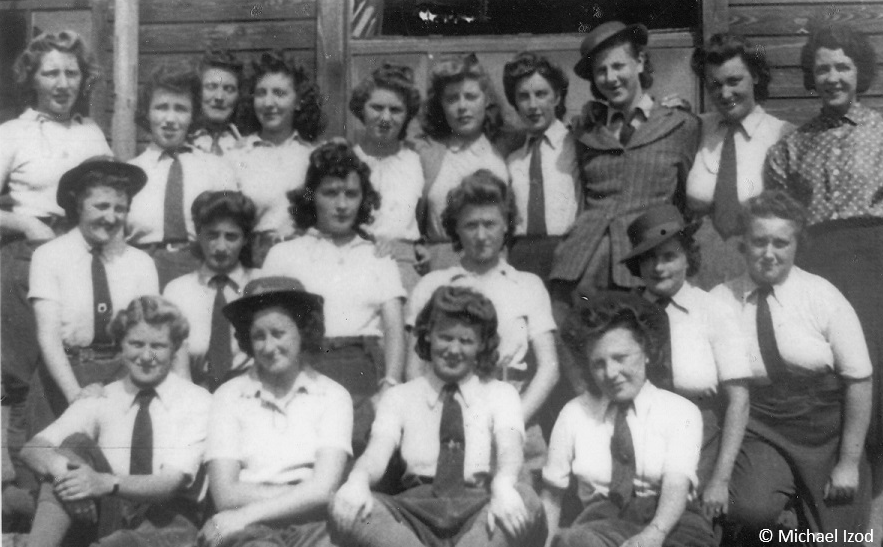 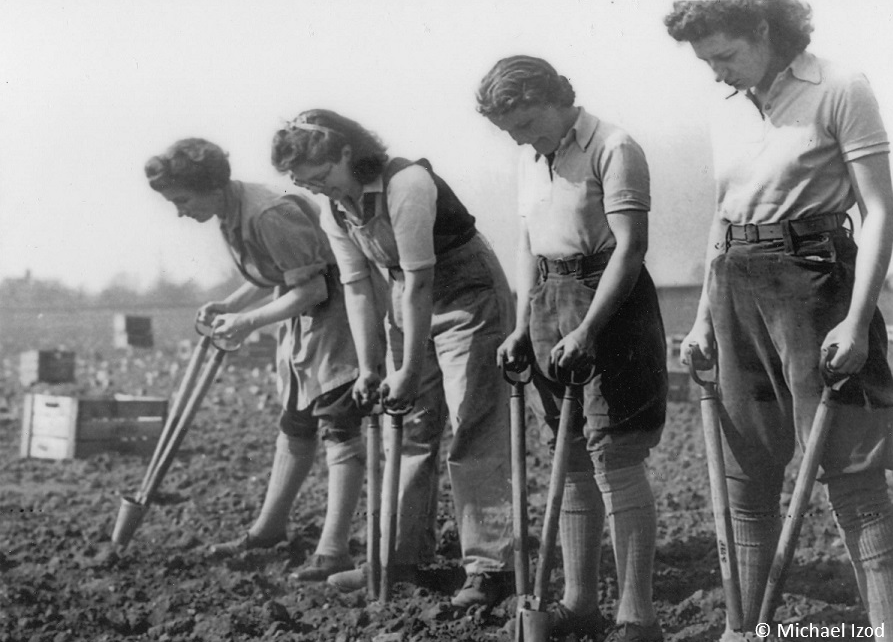 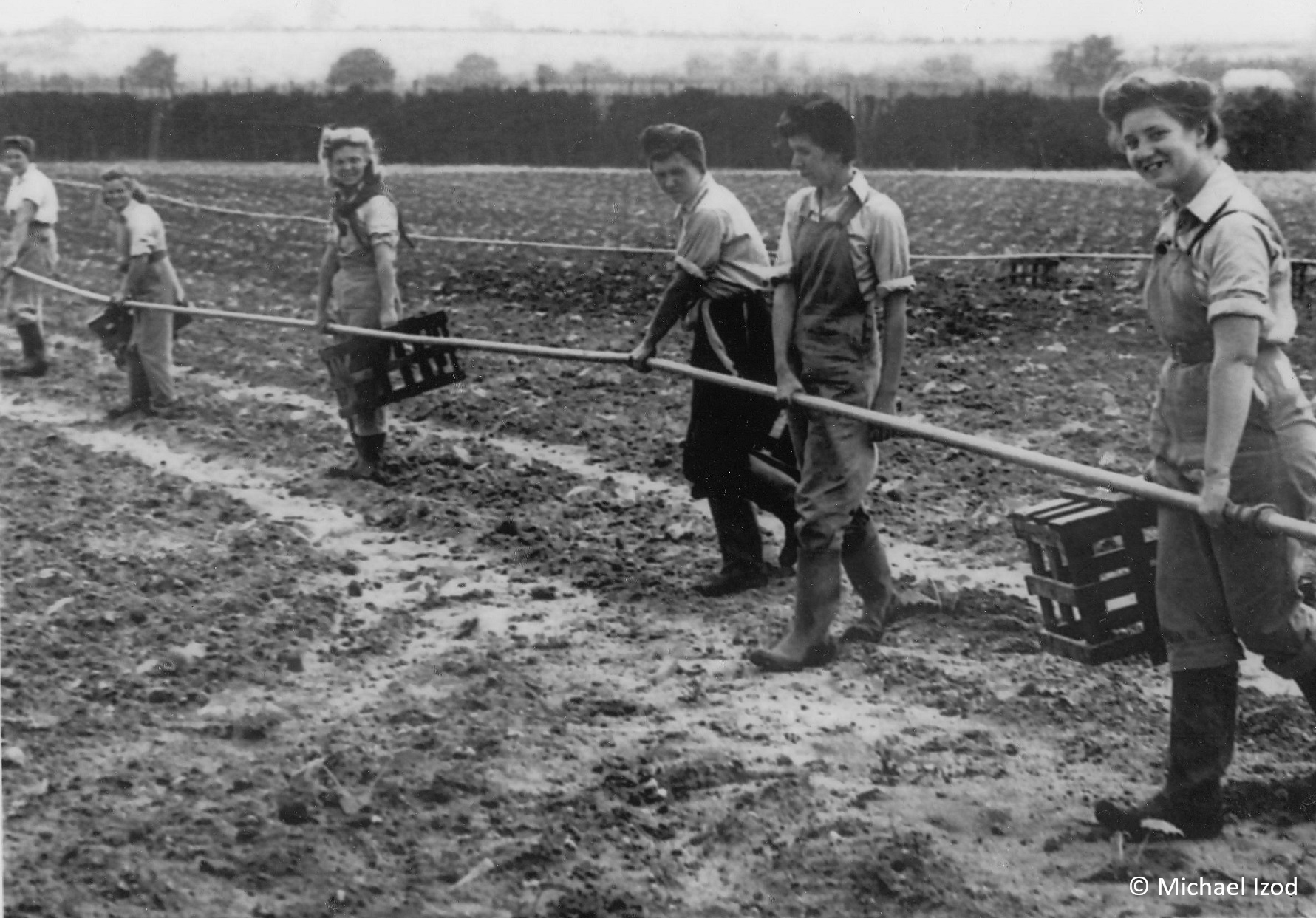 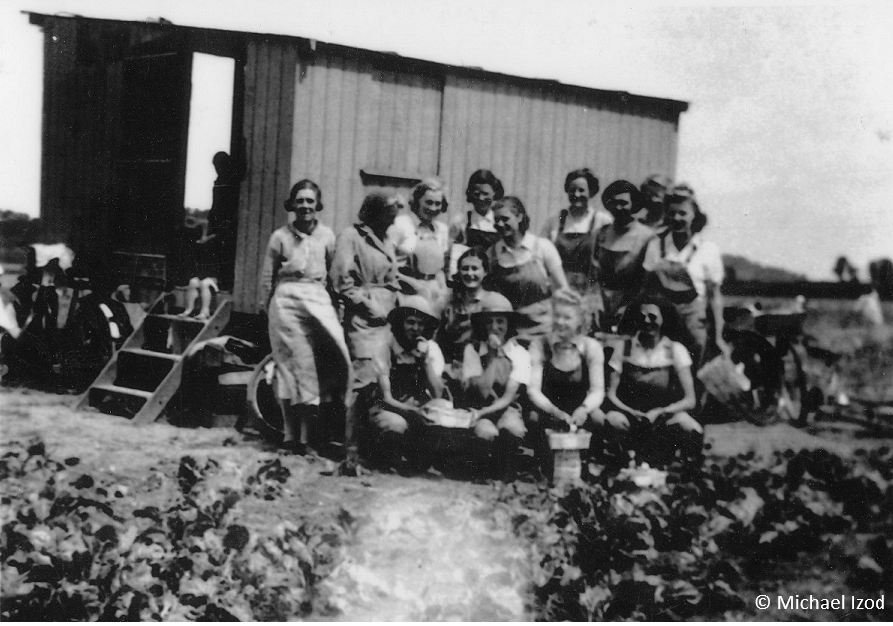 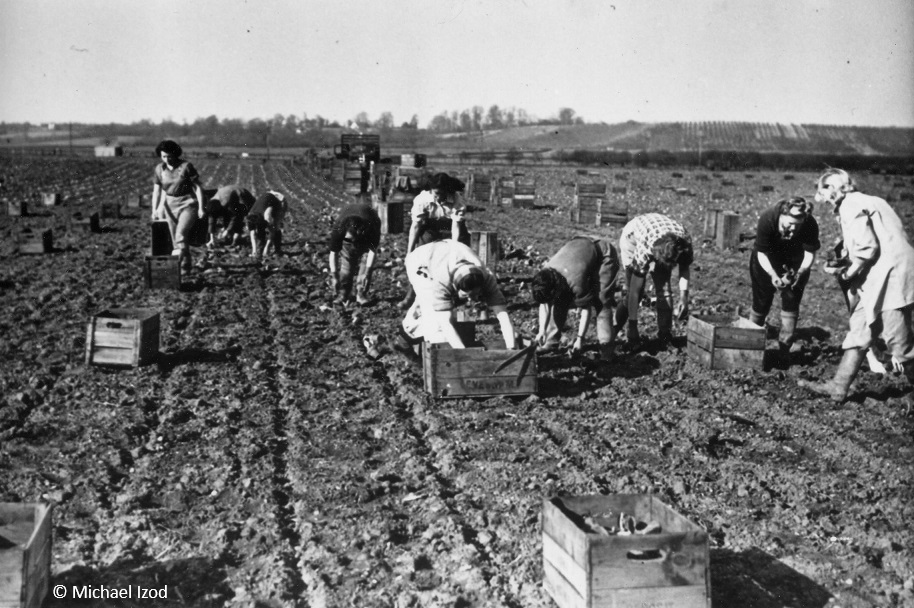