Last month a member of our team, Margaret Tohill, celebrating the milestone of working for our service for 30 years! Maggie has witnessed many changes over the years so we caught up with her to ask a few questions about her experiences so far… 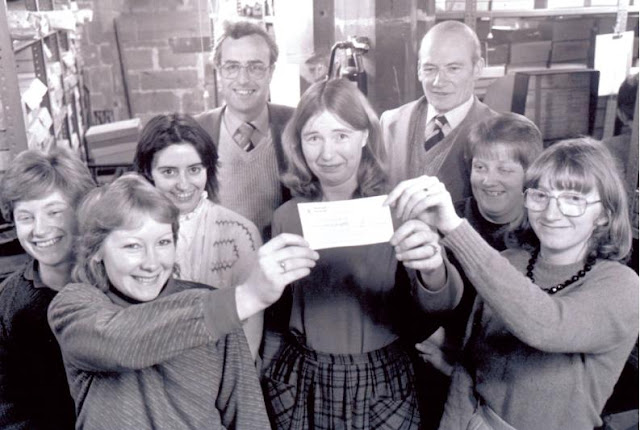 What job did you do when you joined Worcestershire Record Office (now part of Worcestershire Archive and Archaeology Service), and what did it entail?

When I started I was an assistant archivist.  You did a bit of everything, so you answered enquiries, did a bit of searchroom, (we only had the one searchroom then – the second did not open till 1985)  talks, visits, exhibitions, went out and collected records, drew up finding aids and handlists, records management too.  A large part of my time was spent cataloguing  and I learnt to catalogue anything and everything.  The idea was that there should not be any type of collection, large or small, that came through the door that I shouldn’t be able to deal with.

How have things changed in the archive profession since you qualified?

As I said I had to be able to do any and every aspect of archive work when I started and I think you could be a jack of all trades then.  It’s not so easy to do that now and to keep up to date with every aspect of archive work and there is some specialism nowadays with jobs which are specifically cataloguing, outreach, education or working with digital material or project based.

So many more people are aware of us  through programmes such as ‘Who Do You Think You Are?’ and there are so many other people and organisations who are making set of records available digitally, it can be harder to keep up with what’s out there.  People’s expectations are greater, especially in terms of access and wanting Information  instantaneously and 24/7 so new technology has definitely had a big impact during my 30 years.  I remember well having to plough through microfilms of census returns  in the hope of finding a particular entry, whereas much of that material is now available digitally at the click of a mouse.

When I started cataloguing you wrote everything out by hand and some else typed it up for you, using carbon paper to make the required number of copies of the catalogue.  The information was indexed on paper slips and filed alphabetically to give researchers a way into the catalogue.  If you wanted to consult the index you had to come into the Record Office during office hours.  Yes we still have the paper catalogue and index slips, but that is increasingly giving way to an electronic cataloguing database which cataloguers input themselves and which can be consulted 24/7 on the internet, so you can look at it in the comfort of your own home. 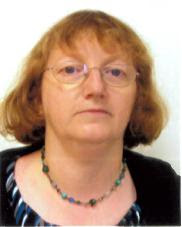 What are your highlights?

I suppose one of the biggest highlights is the new building.  When I started we were a split site, having some material in the basements of the Shirehall, some in St Helen’s Church in Fish Street and some in a hut at the Government Buildings on Whittington Road and although the new County Hall branch to replace the Shirehall accommodation was on the cards, there didn’t seem any prospect of uniting all the staff and archives under one roof.  Over the time we increasingly struggled for space as we outgrew our accommodation and had to keep renting more and more external storage space.  It’s great to see that thirty years on the archives and its staff are all now in one new building.

The World War II oral history project has been a highlight for me personally.  I never expected to be running a project like that – it happened purely by chance – and oral history was something we had not done before, so it was a whole new learning experience for us all.  We met some fantastic people who shared their most amazing experiences of the War.  Some stories were exciting, some routine and some were sad and poignant,  but all helped build up a picture of what life was like during those times.  It was so brilliant that they were able to share those experiences with us.  The project was such a fitting way of marking the 50th anniversary of the end of World War II and I wouldn’t have missed it for the world.

Finishing the Malvern Hills District Council cataloguing I guess is another personal highlight.  I acquired the task of cataloguing it the second week I arrived at the office.  I was taken to a basement room in the Shirehall to see my background cataloguing job –  a task I could work on if and when I had a lull in my current work.  When I asked which bit I was to work on in the room I was told , no, no it’s the whole room.  It took me a year to sort it into order and a further fourteen to catalogue it by hand – no computer available in those days.  It was gradually typed up, proof read and indexed (someone else’s background job this time!) which was another mammoth task as the catalogue was quite large and is now at last available in the public searchroom.

Do you have a favourite archive collection or document?

I don’t have a favourite collection as such as I like a lot of different ones – ones I have catalogued and ones I  have used for talks, exhibitions and school visits.   It’s great that we have such a choice of material to be able to select items that can have a particular resonance for a local group or society.  The great thing about our work is you can never know everything there is to know about every collection in our care, so we are always coming across something we haven’t seen before.  You never know what’s going to turn up and we never cease to be amazed at what people do bring in to us.

I will always have a soft spot for Malvern Hills District Council’s records as that’s the first major collection I ever catalogued and at 1, 019 boxes is probably the largest one I’ve done so far.  It has quite a range of material both in terms of the types of records the council inherited from its predecessors and geographically, as it included urban and rural districts across the border into Herefordshire.  There’s quite a lot of wartime stuff for instance and early planning stuff so you can see when people start to put in bathrooms, build garages, when estates start to be built etc.

I  also enjoyed cataloguing Bromsgrove St John’s parish records as there was an amazing diversity of material within the collection, not just church records, but masses of poor law material, medieval manorial records and some illuminated fragments from a grail and a psalter which had been used for bookbinding in the vestry library.  Not the things you immediately think you are going to be cataloguing in a local authority record office.

On the private collections side I enjoyed cataloguing the papers of the Moule family of Sneads Green, as the documents provide a wonderful window on how people went about their daily life.  For instance there are some lovely sets of letters between family members especially for the 19th and early 20th century, which cast light on the courtship and family life of the Moule family members, their travels and home and abroad.   Every so often you catch a glimpse of national and international events through their eyes, whether that be the death of George III and the coronation of George IV, or a family member bemoaning the fact she can’t get a ship back home from South Africa because of the outbreak the European war in 1914.  I

What is your current role and what does that entail?

I’m currently an archivist with the collections team at the Hive so that means I still do quite a bit of receiving collections from depositors, sorting and cataloguing collections, checking of strongrooms etc.  I’m also still involved in other aspects of archive work, so I still do a bit of searchroom and outreach.

Congratulations, Maggie on your dedication to the service over the years.

One response to “Celebrating 30 years working in Worcestershire Archives”