The Case of the Stolen Christmas Goose

Our Learning and Outreach Manager, Paul Hudson, has found a festive treat of a story amongst our Quarter Sessions papers:

“Christmas is coming, the goose is getting fat…”

…so goes the rhyme, and until recently many families had a goose at the centre of their Christmas meal. So it was a bad time for you to have a goose stolen, which is exactly what happened to Edward Lane of Tenbury in 1704. According the Quarter Session record, held in the archives, on Christmas Eve he had a goose ‘feloniously taken’. Taking the initiative, in the era before the police force, he gathered some neighbours and followed the shoe prints to the house of John Price. When they searched the property they found a baked pie in the pig’s shelter, which contained goose giblets. Mrs Price then threatened the investigators with violence. When they found John Price they carried out early forensics and measured the hobnails on the heels of his shoes and found they matched the prints found by the goose pen. 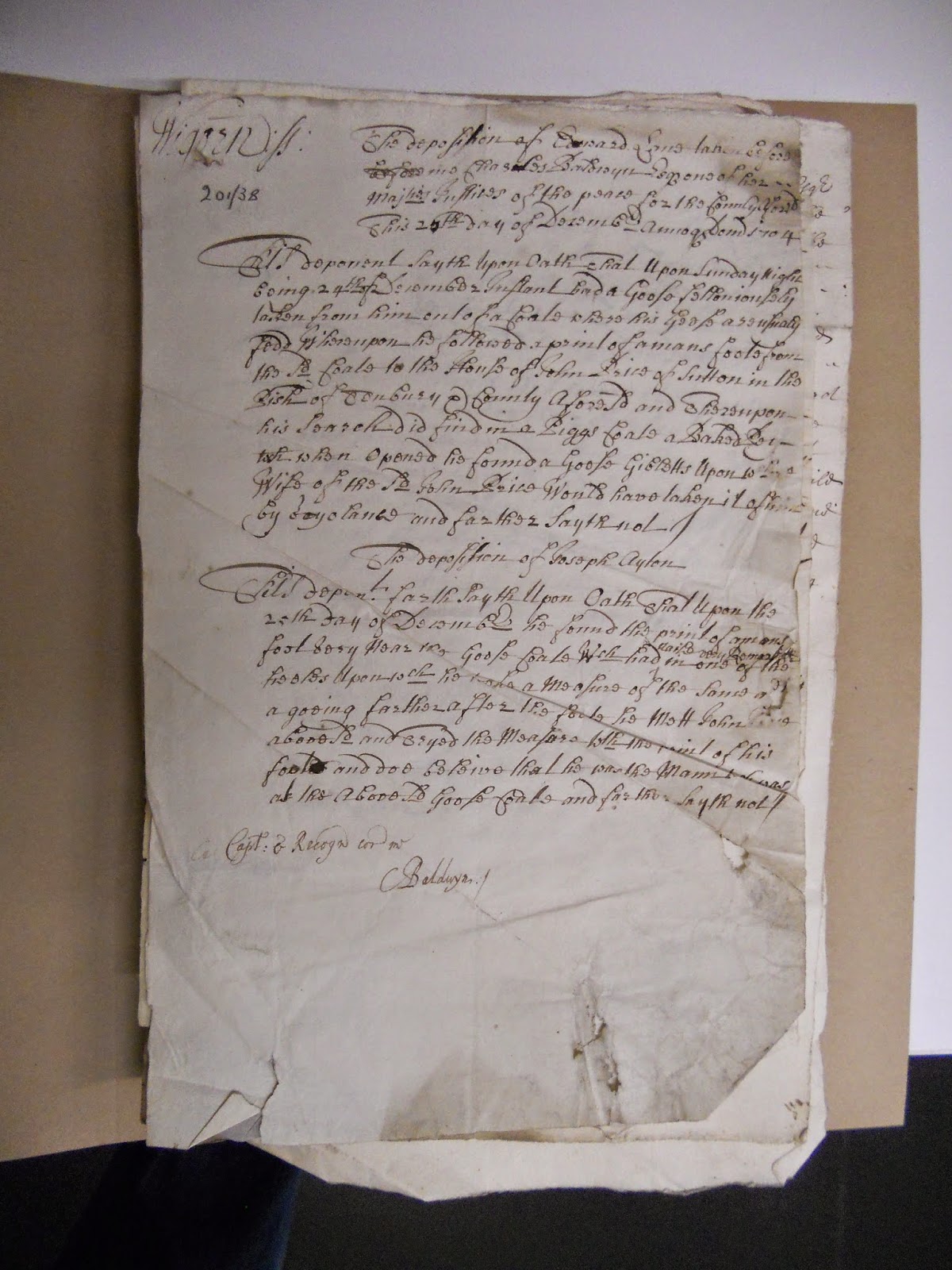 On Boxing Day the Justice of the Peace interviewed Mr & Mrs Price. John said he was working late Christmas Eve and had no idea where the goose giblets came from. Elizabeth Price admitted baking a pie with goose giblets and storing it in the pig shelter, but refused to say where they came from.

A few days later John Price was tried at the Worcestershire Quarter Sessions. So what was the result? Unfortunately we don’t know. Although we have the statements for all involved, and list of the men on the jury, there is no entry for the case in the order book where the outcomes are recorded. It predates local newspapers which is another place we could have looked to see the outcome. Mr & Mrs Price both denied the theft, but refused to say where the goose giblets came from, which was a bit suspicious, as is the fact they stored the pie in the pig cote, which isn’t an obvious place to store a freshly baked pie. Plus the shoe print appears to be compelling evidence. Whether it was enough for the jury to find them guilty of the Christmas goose theft we don’t know. 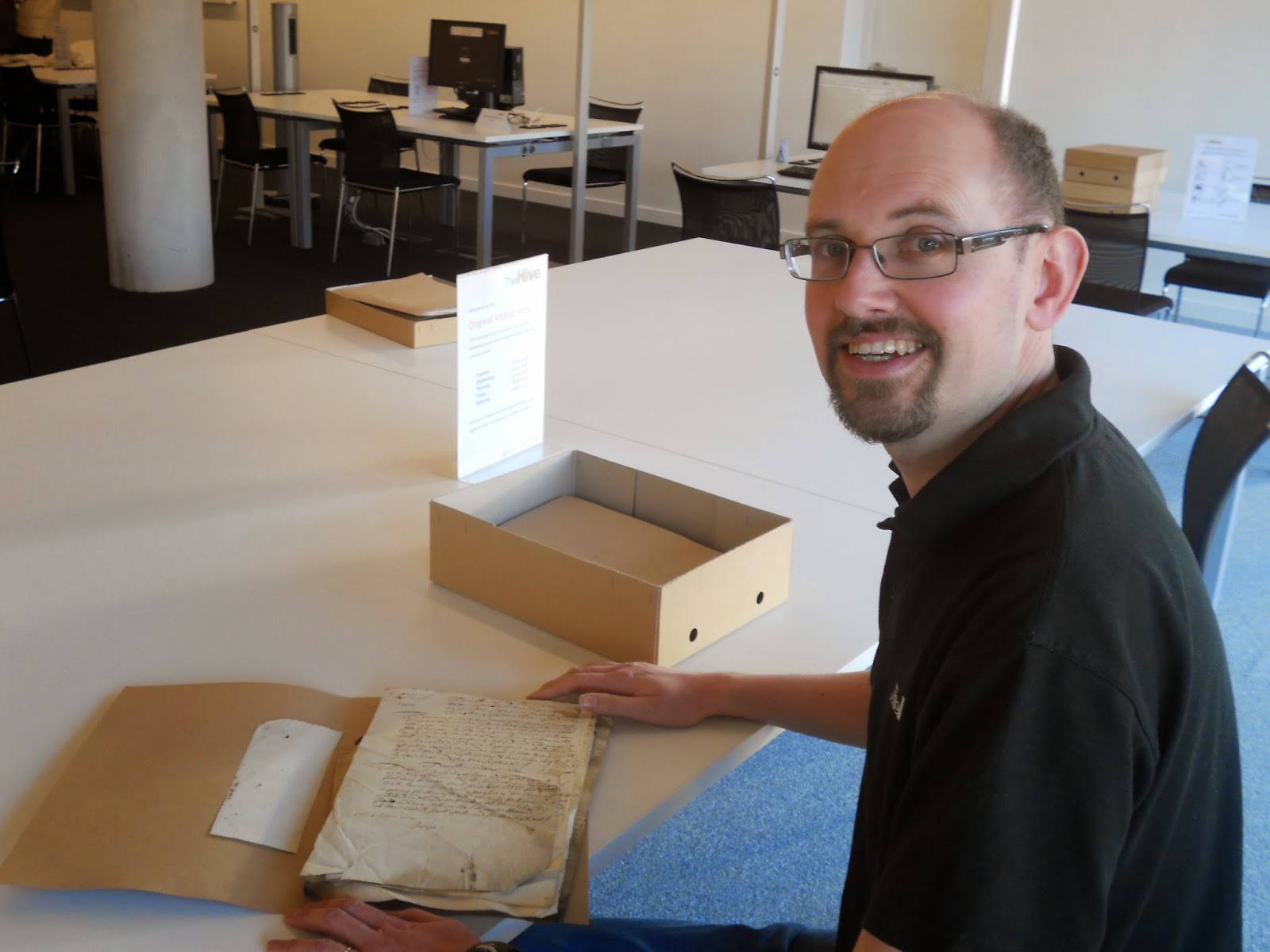 Paul with the documents

Quarter Session records are available to view in our Original Archive Area at The Hive, and this particular record can be found at reference BA1 (201:38-39).

One response to “The Case of the Stolen Christmas Goose”