Statue of Queen Victoria – letter from a prospective artist 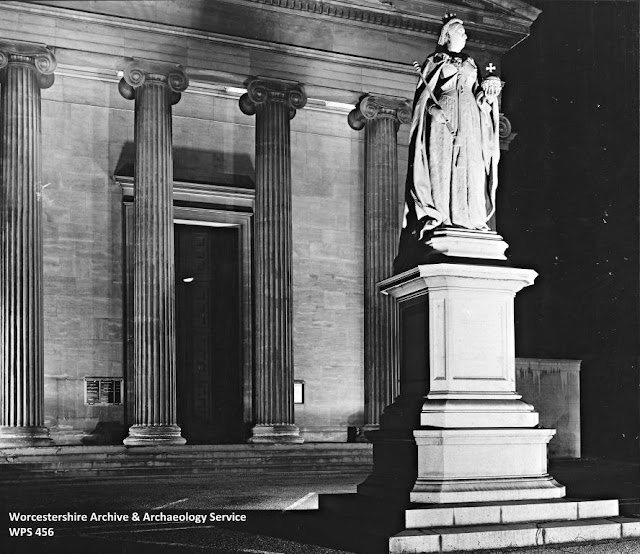 Statue of Queen Victoria in 1950 Image taken from the Worcestershire Photographic Survey, register no. 456

Are you enjoying the ITV series Victoria? Queen Victoria’s long reign was celebrated across the country in many ways including statues in many towns and cities. In Worcester there is a statue of Queen Victoria outside Shire Hall (now the Crown Court), commissioned in 1887 for her Golden Jubilee. We have a letter within the archives from Thomas Brock asking to be considered as the artist. Brock was quick to mention to the Chairman of the County Council and member of the selection committee, George Woodyatt Hastings, that he had created a bust of Hastings’ famous father, Sir Charles. Whether or not this letter helped is unknown, but Brock was the artist chosen for the job.

Hearing from friends at Worcester that it has been decided to erect in front of the County Hall a Statue of Her Majesty in commemoration of the Jubilee year of her reign, I have ventured to address the High Sheriff asking that my name may be submitted to the Committee when the selection of a sculptor comes under consideration, and I now take the liberty of seeking your interest as one of the Committee. My name may perhaps occur to you as having executed the bust of your late Father, and I would ask your support on the grounds of being a Native of Worcester and having received my early Arts training at the School of Design there, and partly in the hope that my having attained the distinction of an Associateship of the Royal Academy of Arts may afford credentials in my favour and give me some claim to the preference of my fellow citizens. I gave Mr Milward a list of the principal public works I have executed, the latest being the National Memorial Statue to Sir Bartle Frere to be placed on the Thames Embankment, the model of which I shall be only too happy to shew to you or any other members of the Committee who may happen to be in town next week.

I stated a price to the High Sheriff (£1600) for a ten feet statue in bronze or marble on a twelve feet granite pedestal, but if it should be felt that a smaller size would suffice, it might be done at a proportionately lower price

Within the Worcestershire Photographic Survey we also have photos of when the statue was unveiled to the public. 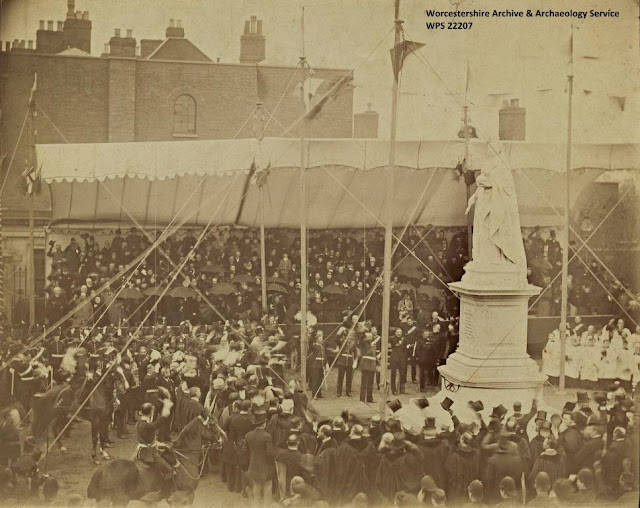 Unveiling the statueImage taken from the Worcestershire Photographic Survey, register no. 22207