The Sword in the Clay

On Tuesday afternoon, we found a sword. Yes, you have read correctly. A sword. Despite the impression given by Indiana Jones, finds like this are very, very rare. 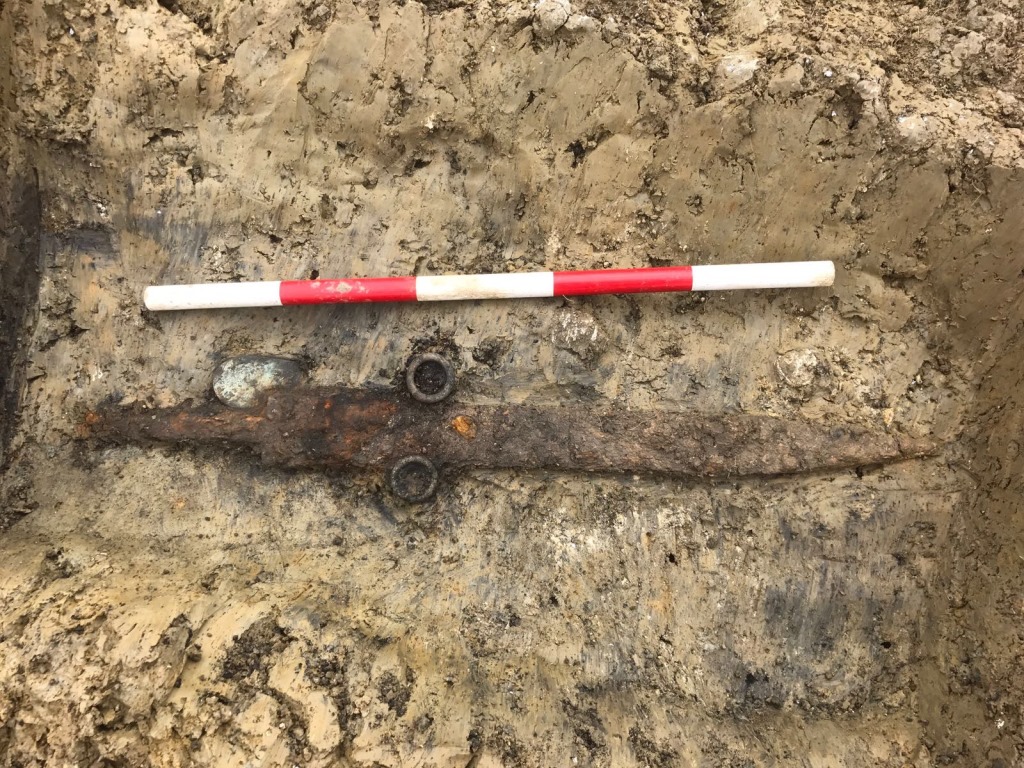 Sword in the base of the ring gully

The sword is iron, and 60cm long in total with a 48cm blade. It was found in the ring gully of a roundhouse (a shallow ditch dug to catch run-off from the thatched roof). Either side of the sword were two copper alloy rings, probably attached to the scabbard, the rest of which has rotted away. At the sword’s tang, or handle end, lay what appears to be part of a copper belt buckle. 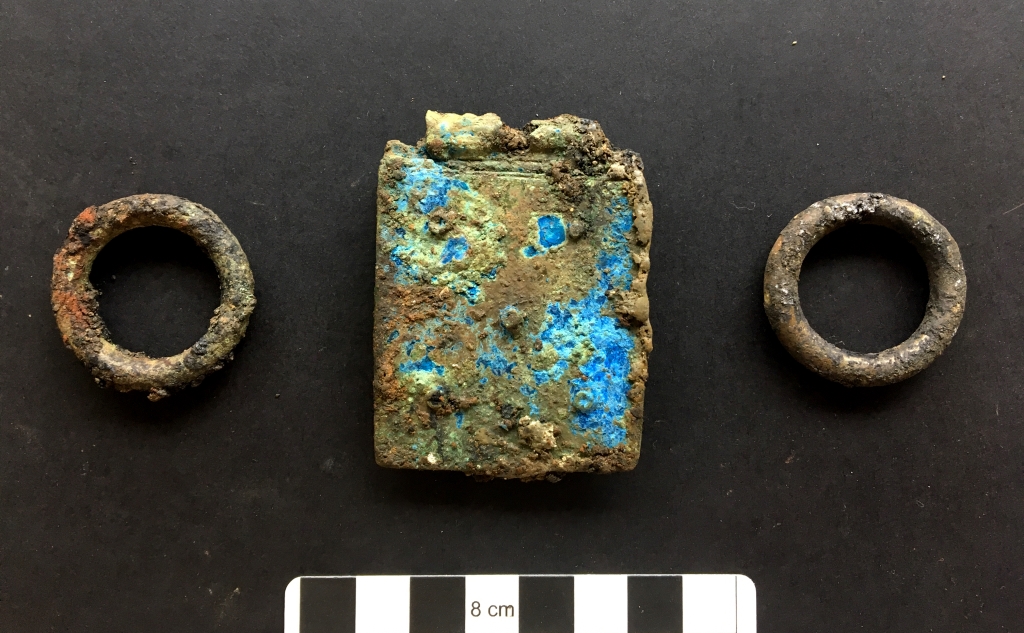 So, how old is the sword? At the moment, we aren’t quite sure. It is most likely to be Iron Age or Roman, given the length of the sword (too short to be an Anglo-Saxon sword of that shape), Roman-looking fittings, and where it was found.

The archaeological site lies in the west of England. We can’t be any more specific than that for security reasons, but we wanted to be able to share this absolutely incredible find with you straight away, so please bear with some vagaries for now.

The site is a Late Iron Age to Roman settlement – we will have a better idea of date once the work has all been finished and the finds analysed. The sword was found in a roundhouse, which are most typical of the Bronze and Iron Ages, but do continue long into the Roman period. This particular roundhouse is slightly oval and almost certainly Late Iron Age or Roman in date. 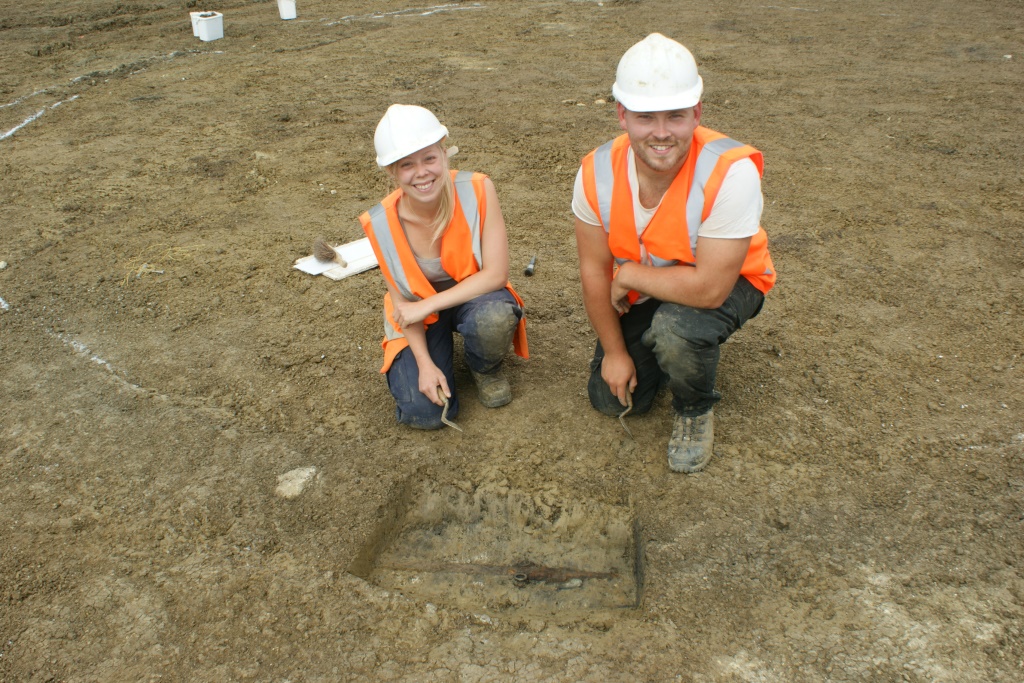 Archaeologists Emma and Jamie with the sword

You may be wondering at this point why a sword would be left in a ditch around a building. The sword and belt were deliberately placed in the ring gully (besides the fact that a sword is a difficult item to lose, the items were carefully and neatly laid in the base) and surrounded by lots of charcoal. Carefully buried or placed items have been labelled by archaeologists as structured deposits, a vague term which emphasises the fact that we don’t really know why they were put there. Structured deposits most commonly occur on prehistoric sites and are often linked with the first or last phase of monument, building, or site use. 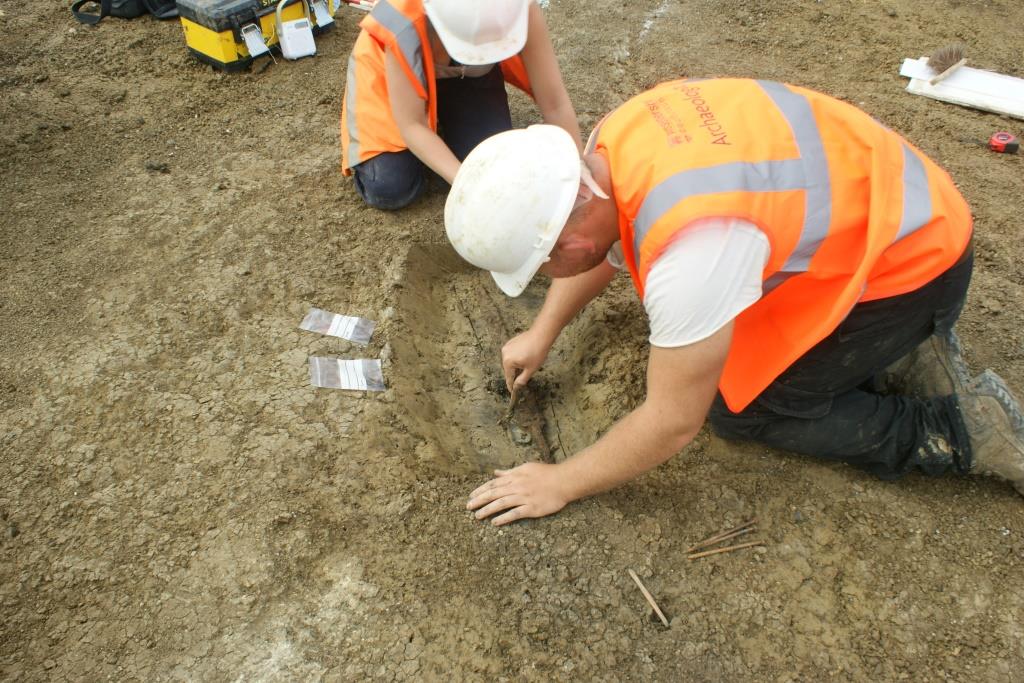 Emma and Jamie excavating the sword

Now that the sword has been lifted and the ditch fully dug, we now need to work out whether the sword was placed at the very bottom of the ring gully – i.e. when the roundhouse was first built and before the ditch could silt up – or if the sword is in a re-cut of the gully, meaning it was deposited after the roundhouse had been in use for a while. The difference all hinges on whether the pale clay below the charcoal-rich sword layer is undisturbed natural clay, or natural clay that weathered in – as I’m sure you can imagine, there is a fine difference between the two. 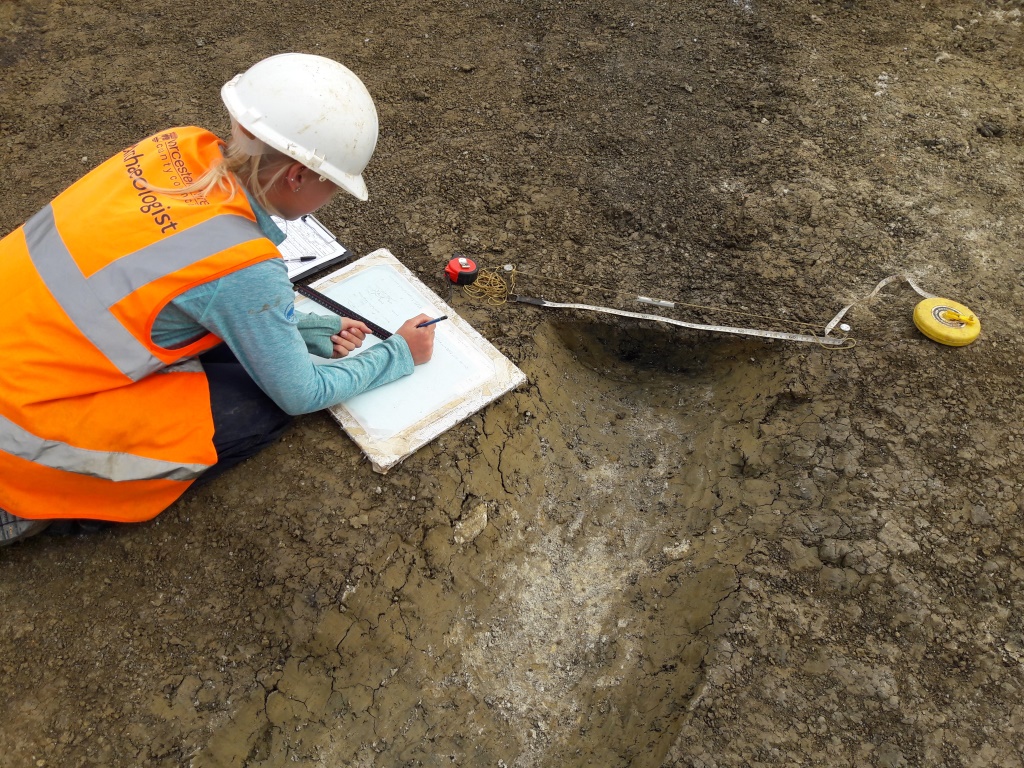 What happens now? The sword, rings, and possible belt buckle have been very carefully lifted along with the soil underneath the sword, which may retain impressions of organic materials (such as fabric) that could have been part of this deposit. All credit to our two archaeologists, Emma and Jamie, who managed to lift the fragile sword in one piece! It is now off to a specialist conservator who will X-ray, clean and stabilise the sword.

Keep an eye out for updates in the months to come as we find out more about the sword and where it came from.

17 responses to “The Sword in the Clay”