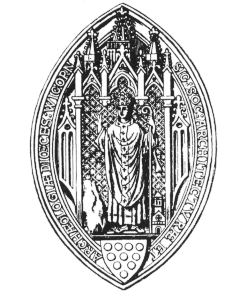 Young people have been investigating a local village through digging test pits in a Worcestershire Village. Worcestershire Archaeological Society was awarded £9,700 by the Heritage Lottery Fund for Small Pits, Big Ideas, with £1000 match funding from the University of Worcester. 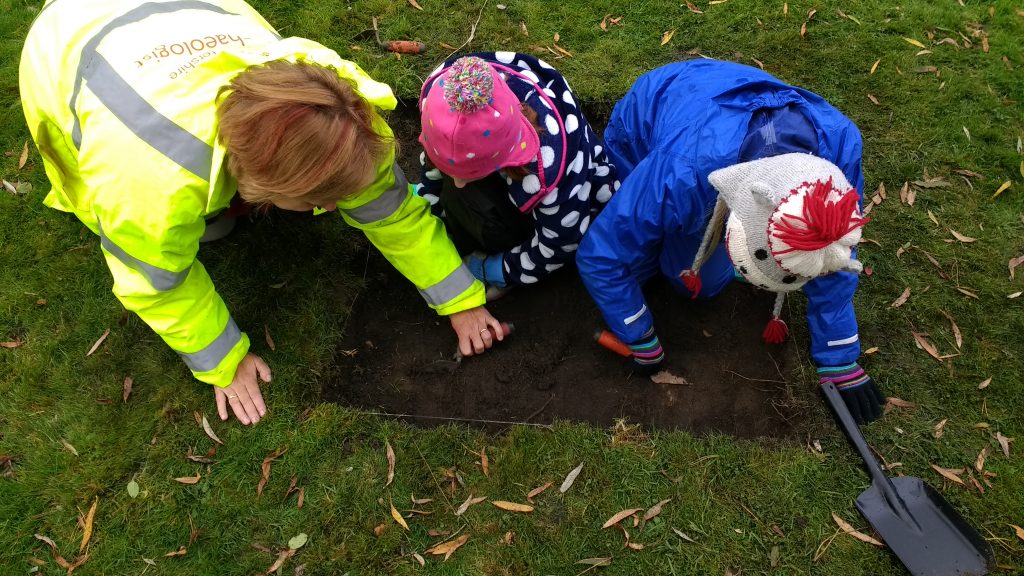 The origins came from discussions with Professor Carenza Lewis, who has pioneered the use of test pits dug by children and community members to investigate medieval settlements in the east of the country.  After 10 years and 2,000 pits the evidence has helped retell the story which has been shared in archaeological journals. With Carenza’s support, the Worcestershire Archaeological Society submitted a bid to the Heritage Lottery Fund. After discussion with Jo Frost of the Green Fingers Project it was decided to work with Looked After Children. These are children who the County Council is responsible for, usually living with carers or in children’s homes, and activities are put on for them through the year. Often these young people have low aspirations and lack opportunities so it was thought to be a good activity to offer them to help increase their self-esteem and confidence and we thought it would be something the young people would enjoy. The project was also open to Adopted young people and young people living in with Kinship carers.

Support also came from the University of Worcester, who supplied students to help oversee each test pit, and provided money to support the students. We thought it would be a great opportunity for them to work on this and have experience of working with young people. 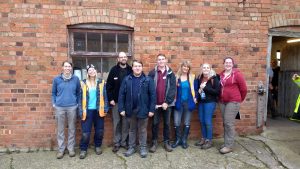 We decided to run the project in White Ladies Aston, a village just to the east of Worcester. It fitted the criteria of what we were looking for – a village with medieval origins. Thanks to the generosity of local farmer Rob Adam we were offered facilities on his farm, which satisfied the practical needs of toilets and a place to eat lunch.

Eight test pit sites were identified across the village. Leaflets were put through letterboxes and we were thrilled when residents responded and agreed to let us dig a 1m by 1m test pit in their garden over two days. We were not sure what response we’d get so we were thrilled that people were happy to trust us to dig in their garden! Four pits were to be dug in half term and the other four will be dug in a few months time. 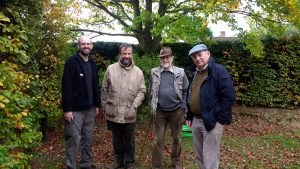 Members of WAS committee at one of the test pits.

Over the last couple of months the final planning took place. Fifteen young children signed up to join us, students were recruited and trained in the methodology and working with young people, and tools were purchased.

So what happened over the three days? We’ll share this with you over the next few days.