A lump of rusty old iron – nothing to write home about, or is it? Unlike copper and bronze, iron quickly rusts and easily distorts beyond recognition. With the recent discovery of Iron Age ironwork at a site south of Worcester, we thought it was time to explore the tricky topic of identifying iron artefacts.

In mid-November, a team of our archaeologists were coming to the end of excavating a later prehistoric site by the River Severn. Alongside numerous pits and an enclosure were several ring gullies – circular ditches that surrounded a roundhouse (for taking run off from the roof) or burial mounds. In this case the ring ditches are thought to be Iron Age roundhouses and buried within one was an iron spearhead. Or was it a currency bar? Perhaps a wheel linch pin?

Whilst roughly spear shape in outline, there doesn’t seem to be a hollow socket for hafting to a wooden handle. It was also lying across the width of the narrow ditch, so couldn’t have been attached to a long wooden shaft when buried. A currency bar is another option – long flat pieces of iron that usually taper or are pinched in at one end. With a maximum length of 17cm, this artefact would have to be a fragment, as most currency bars are 45-85cm long. Fragments are sometimes found and sections with chisel cut ends are also know. But with a maximum width under 2cm, it is still narrower than the average 3-4cm width of most currency bars. Conversely, the iron object is quite long for a wheel linch pin.

Whereas buried copper and bronze tend to develop a coloured but otherwise solid patina over time, iron becomes flaky and can become distorted by concretions, with surrounding sediment and materials incorporated into the corrosion. To see what lies beneath the corrosion, this iron artefact will be x-rayed. Until then it’s hard to say for certain what it is, although there are some clues from where it was found…

Admittedly it’s not being the prettiest, but iron artefacts aren’t often found on Iron Age sites in Worcestershire. As the name implies, iron was introduced to Britain during this era, which began around 800BC. Iron is much harder than copper or bronze, making it a more useful material for tools and a variety of other objects. New technologies and materials are often highly valued, expensive and hard to get hold of, as anyone with the latest gadget will know. Disposable is what iron was not, so broken and unwanted objects were more likely to be melted down for reuse than thrown away. 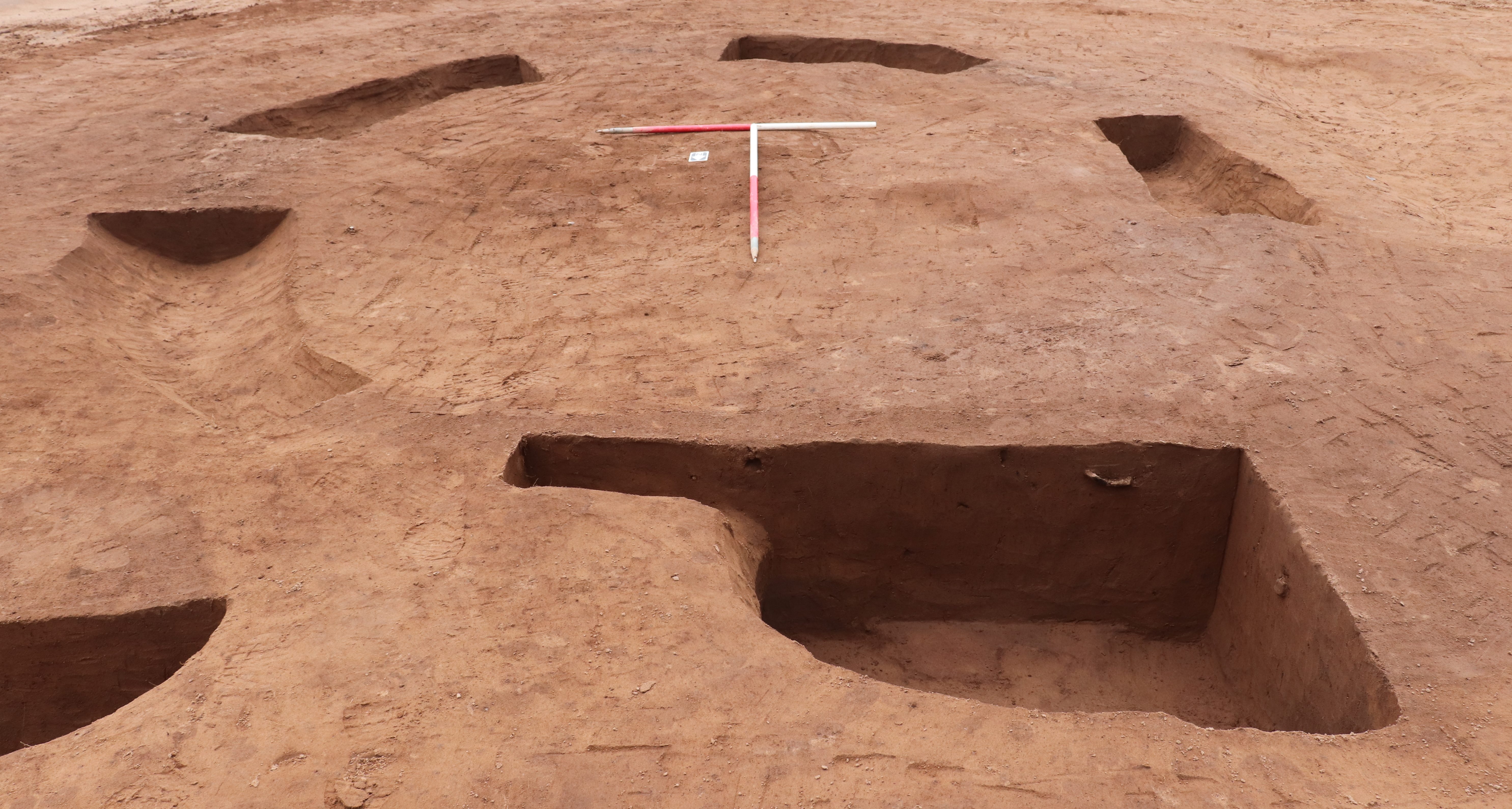 Where Iron Age iron is found, it’s often been intentionally deposited in watery areas, buried as part of a hoard or in enclosure ditches and ring gullies. Artefacts (of all materials, not just metal) buried within houses and settlements are often linked to the start or end of the site’s use. These structured deposits are relatively common on later prehistoric sites – we’ve even found a sword within a Gloucestershire roundhouse. Regardless of what the iron artefact was made as, one thing that structured deposits have in common is value: items chosen for deliberate burial must have been important, either inherently or for their role in marking, protecting, honouring or commemorating.

Some artefacts are immediately visible in all their exquisite detail. Over the summer, a probable Iron Age wooden spear was unearthed at a waterlogged site on the edge of Worcester and part of its fascination is the fact it came out of the ground looking like it was made yesterday. Iron objects almost always appear battered by time. Nevertheless, with patience and the right techniques they still have a story to tell.