Last summer we carried out a dig in Hanley Castle which was unusual for two reasons. Firstly, it is probably the first time our work has been paid for by a Music Festival – the local society received money from Upton Blues Festival to fund the investigation! Secondly, we were investigating a castle, which is very unusual for us as there are very few castles in the county.

In the summer we were commissioned by The Hanleys Village Society to excavate some test pits to research and further understand the mound at the scheduled former Hanley Castle site, just to the north of Upton upon Severn. Castles are a rare type of monument in Worcestershire, and the tentative conclusion of this project would make them even more rare.

As the briefest of outline histories, the castle was considered to have been built by King John between the years 1206-1212, with further development  by Edward II who is said to have put one thousand diggers to work constructing the bank and ditch. This ditch around the castle mound is the only feature remaining clearly visible on the site. The site is known to have had a chapel, and there is record of a 17th century large square structure, including four towers surrounded by a moat with a keep in the north western corner that became derelict during the Civil War. What stone was still standing in the later 18th century was reputedly robbed in order to rebuild the bridge at Upton, as well as most likely to build a house on the northern side of the site in the late 17th century, which was in turn demolished in the 1900s. 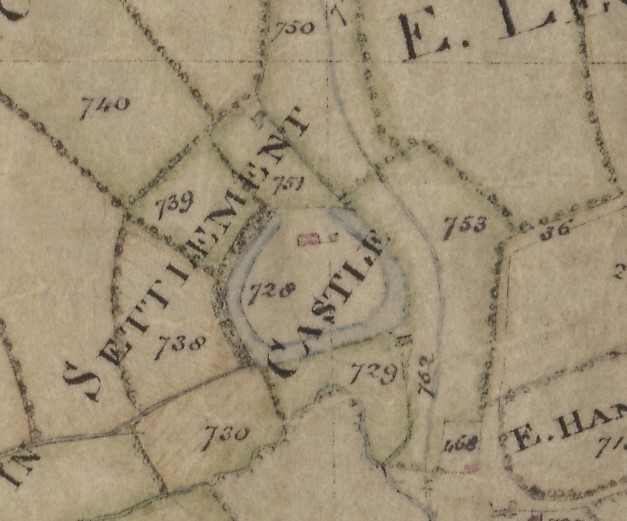 The site has had the benefit of being the testing location for new  archaeological survey equipment of Upton based company SUMO (https://www.sumoservices.com/archaeology-geophysical ). Their latest survey, undertaken using ground penetrating radar, proved particularly interesting, as it identified numerous linear features below the surface, giving the overall impression of an east to west aligned set buildings in the centre and eastern side of the castle mound. This was curious, given the alignment of a straight part of the castle ditch in a more northeast to southwest direction. Was this hinting at the buildings and ditch being of different date and function? A notably missing feature of the survey was any hint of substantial curtain walls. Were these robbed or too deep for the survey to recognise? As any experienced archaeologist will tell you, all such ground surveys need to be tested before they can be even partly understood. Three test pits were dug in order to test the survey, with two of these revealing features of interest.

The earliest feature identified on the site was a small cut into the natural clays at the bottom of a trench, and filled with a surprising amount of pottery. Most of these were locally-produced Malvernian wares, made in the Hanleys from around 1200 to 1630. On some sherds, the glaze was white and powdery, typical of poorly-fired pots from early in the date range. Also present was a piece of pot which may have been produced at Brill in Buckinghamshire: the site of a Royal hunting lodge in the 13th century. Does this provide a hint as to the nature of the “castle” at Hanley? Perhaps this unusual piece of pottery came to the site within a royal entourage and its baggage. 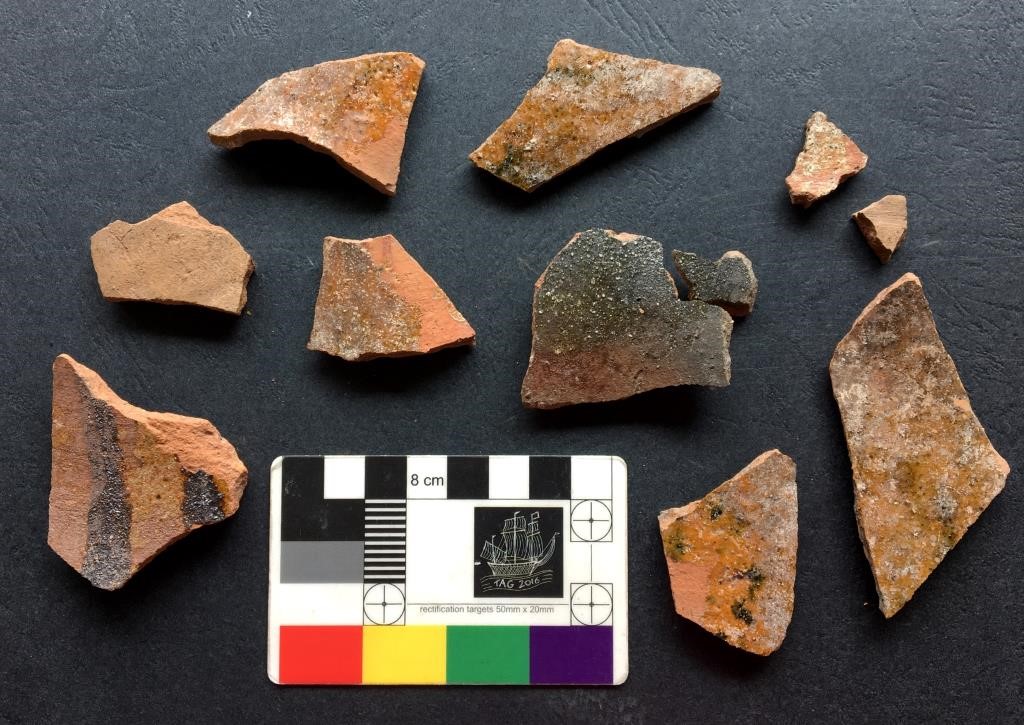 Medieval, very thin pottery with decayed glaze with patches of whitening suggest that at least some of these vessels are in the earlier range of the Malvernian glazed, probably AD 1200 – 1350 in date. The striped pot bottom left is not local, and is likely to be from Brill

The feature in which this pottery was located was sealed under a spread of lime, which may have been a floor or the bedding from under a floor that was pulled up. It was next to a former wall, though the stones had been removed to leave only rubble. This negative of a wall lined up very closely with the previous radar survey at the western end of the suggested buildings. It also gave us a direct link to the demolition and robbing of the site which ended in the 1790s. 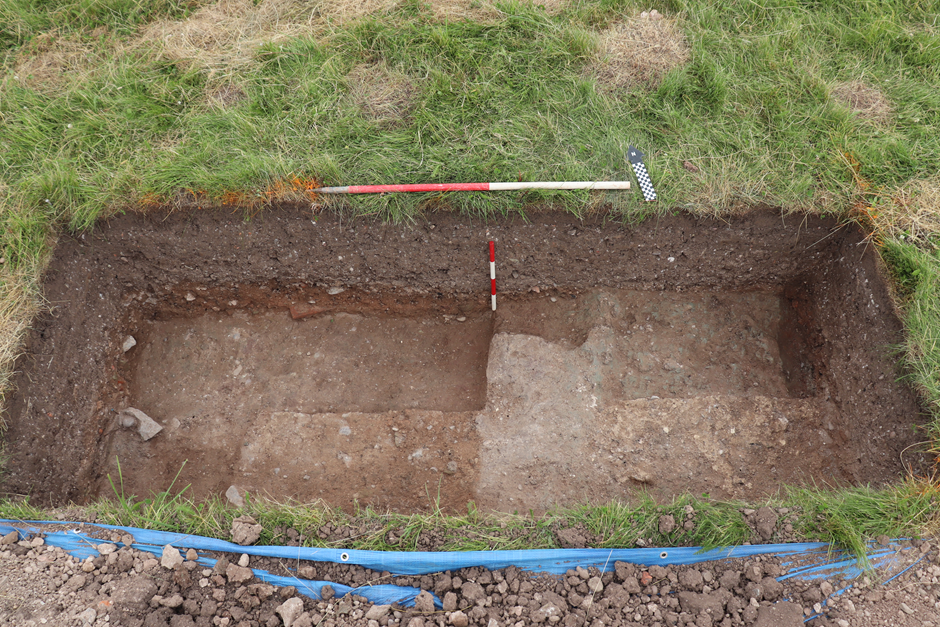 Feature on the right of the trench from which the medieval pottery was recovered, with lime deposit above and robbed wall negative to the left, scales 1m and 0.4m

A heavy robbed sandstone wall was present in a test pit on the northern side of the site, which again fitted well with the radar survey. Its position at the edge of the castle mound suggested it was a boundary wall, though it was little more than 1m wide, so clearly not a large defensive wall as expected of a castle. Perhaps this lends further weight to the earlier suggestion of the site as a royal hunting lodge. The proximity of the site to the hunting grounds within Malvern chase seem particularly relevant here. 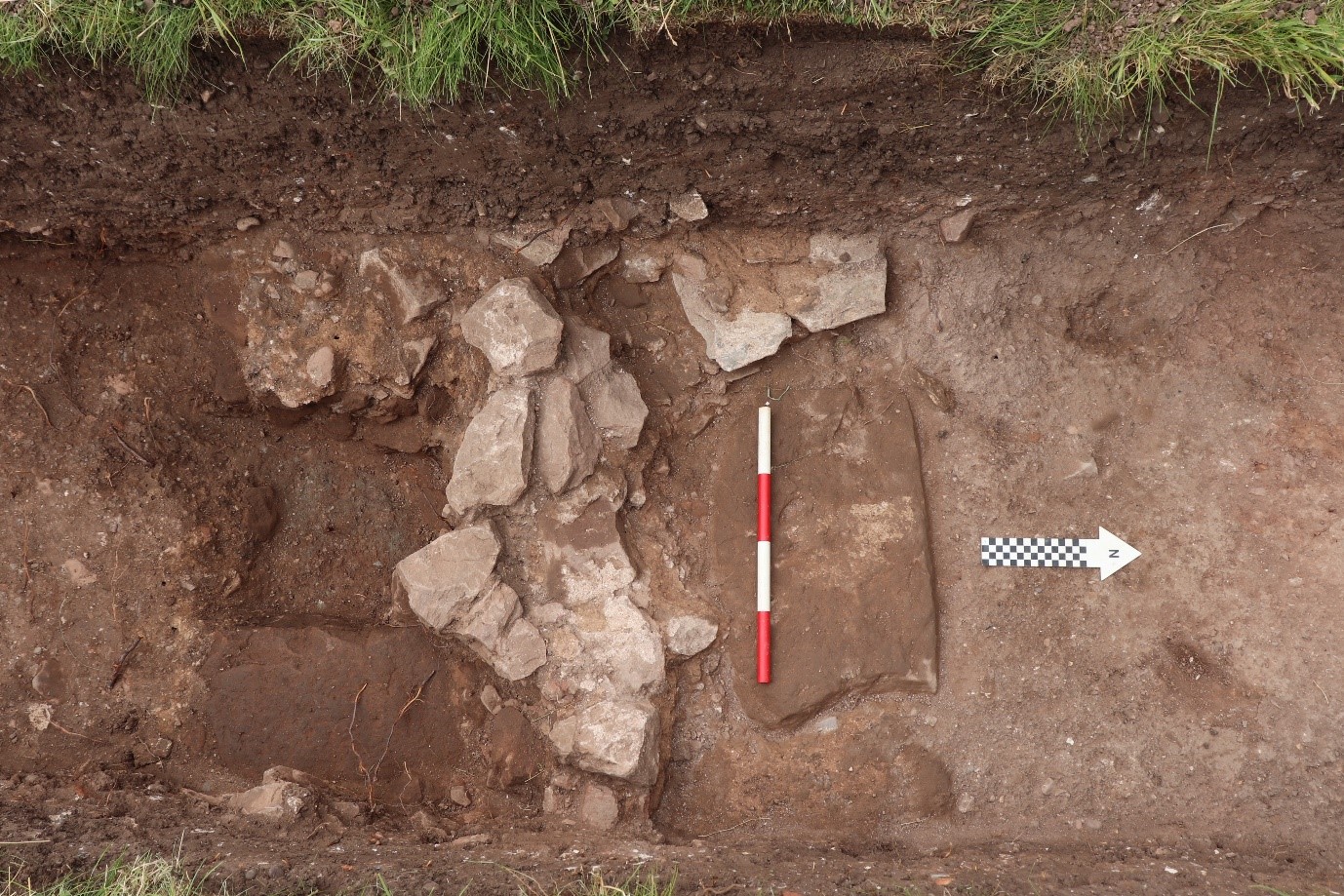 Sandstone wall on the northern side of the site, 0.4m scale

And what of the misalignment between the buildings and castle mound? Whilst the buildings were undoubtedly early in the history of the site, hints of substantial earth moving during the 18th and 19th centuries was present in the form of half a metre of deposited soil in the tops of all 3 test pits. It is certainly the case that the later 17th century house on the site did not follow the alignment of the below ground buildings, but was much closer in alignment to the straight section of mound mentioned earlier. Perhaps not all of the present ditch was as excavated by the thousand men employed by Edward II. Perhaps some of it was reworked to create a monumental 18th century polite landscape, as was the fashion of the time.

It’s remarkable that tentative suggestions, which raise large questions about the nature of the site, can be drawn at all from three small hand dug test pits. There is more to Hanley Castle’s tale than meet the eye. It also highlights the importance of working together with all available knowledge and expertise. 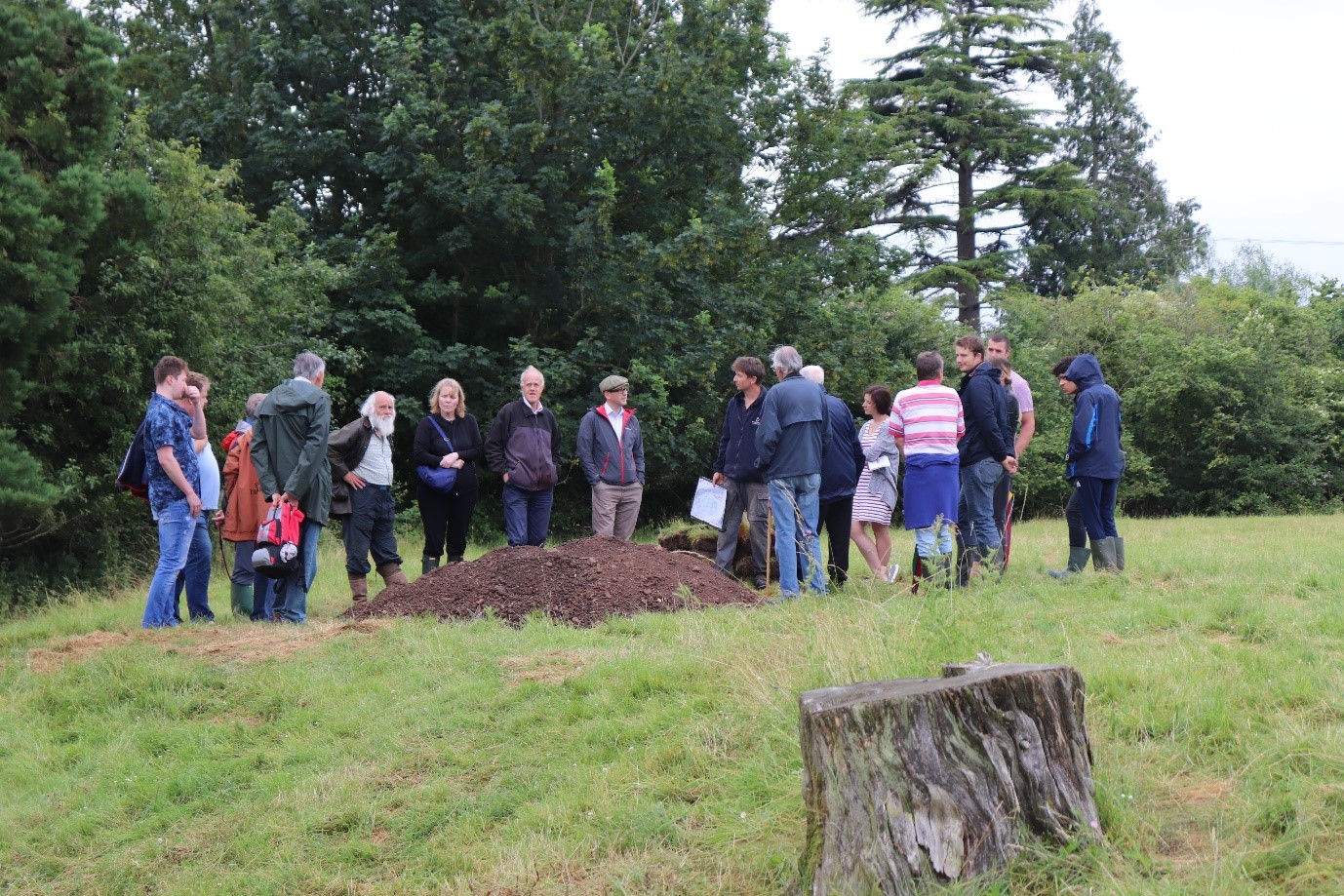 Site meeting on the last day with members of The Hanleys Village Society, SUMO archaeological survey team and the local residents to share what we found.

The report is about to be completed and will be publicly available via our Historic Environment Record, and a copy given to The Hanleys Village Society.

The castle is a scheduled ancient monument and is on private land, and we are very grateful for the landowner for their assistance. There is no public access to the castle.

Whilst this type of work is unusual compared with the usual work we do in advance of development, we’d be very happy to talk to you if you think this is something your local society might be interested in commissioning.