The life and work of internationally acclaimed artist and sculptor Eduardo Paolozzi was celebrated on 7th March, on what would have been his 96th birthday.

Born in Leith, Scotland to Italian parents, Paolozzi moved to England in the 1950s. Widely considered a pioneer of pop art, he was influenced by the principles of Surrealism and Cubism and inspired by mass media and the relationship between people, science and technology.

His ventilation shaft cover, dated 1982, in Pimlico London, is nationally listed for its artistic and historic significance. The piece is described as ‘a cast metal sculpture of high artistic and aesthetic quality, high tech in spirit with exposed and celebrated mechanical features and an anthropomorphic robotic quality’ (NHLE ref. 1430838). 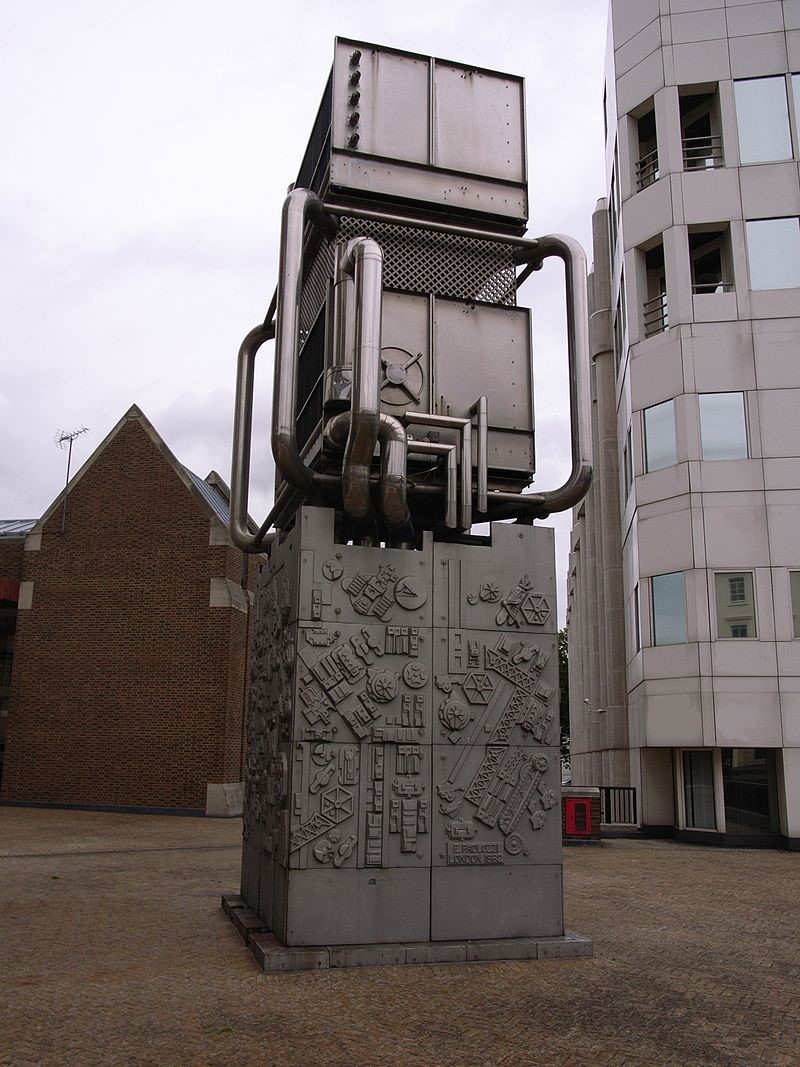 Worcestershire’s very own Paolozzi artwork can be viewed at the Kingfisher Shopping Centre in Redditch. Celebrated on the Kingfisher website this piece of artwork features a series of twelve mosaic panels celebrating the history of the needle industry in the town.  The work was funded by the Redditch Development Corporation, the Needles Industry Group, and the Arts Council of Great Britain, whose ‘Arts in Public Places’ scheme assisted the commissioning of works of art throughout the country ‘for the benefit of the public at large’.

Declared, by Paolozzi, as a ‘multi-evocative metaphor, floating in some cases against woven material, symbolizing the uses and results of the needle in its widest sense – a vital tool for the uniting of many substances in both a global and metaphysical sense’ the mosaic pieces demonstrate his love of vibrant colour, rhythmic lines and abstracted forms.

Images, which include butterflies and lizards, a camera, astronaut and aeroplane, were drawn individually, hand-coloured, and then put through a Xerox machine to regularise the colours used. They were then cut out and collaged onto sheets to form the individual panels, and the pattern sheets were sent to Spilimbergo, northern Italy; a town with a mosaic-making tradition dating back two centuries.

The mosaics were officially unveiled by Sir William Rees-Mogg (Chairman of the Arts Council of Great Britain) on 19th April 1983. 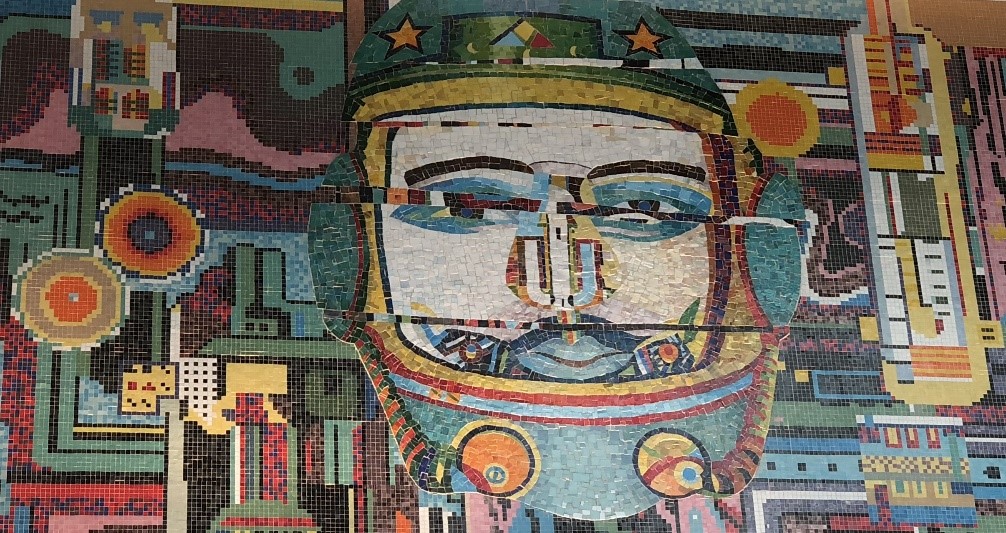 Two of the twelve mosaic panels at the Kingfisher Shopping Centre in Redditch. Image © WCC

Over the past 18 months Worcestershire Archive and Archaeology Service has been adding a new layer to the Historic Environment Record by proactively recording locally valued non-domestic buildings and public places dating from the 20th century. Keep an eye on our Explore the Past blog over the next few months for more information about the project and its outputs.

The Redditch Tribunal Project produced resources online to provide access to the archives and our research. Now we have also expanded the use of the archives and research to schools through our new school’s pack. We have created a downloadable pdf which includes KS2 and KS3 lesson plans and the images you need for the classes. Get in touch for a copy.