From the 1870s British farming faced depression. Caused by a catastrophic fall in grain prices – a consequence of increasingly cheap imports, particularly from America – the British farming industry did not fully recover until after the Second World War. As arable land was laid down to pasture, dairy farming, buoyed by increasing demand in growing urban markets and facilitated by the development of the railway network and new methods of refrigeration, emerged as one of the more profitable sectors of the industry. The fruit and market gardening industry also reached its peak in the early 20th Century before its gradual decline as markets looked increasingly to cheaper imports all year round. 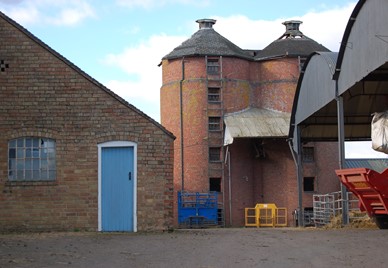 These early 20th Century grain silos dominate views across much of the parish of Netherton. Photograph © WCC

The impact of depression, across the county, would undoubtedly have varied and it is likely that the small-scale pastoral and mixed farming economies of the north and west of Worcestershire would have, at least initially, fared better than those larger scale arable economies in the cereal growing landscapes in the south and east. Agricultural Depression is known to have stimulated market gardening in the Vale of Evesham, with the crash in cereal prices, and then livestock prices, emboldening many farmers and Small Holders to turn to fruit and vegetable production; by 1950, more than 10,000 ha. of land in the Vale was under horticulture (Robinson 1983, 89-91). Fruit and hop farming also played a dominant role in the county’s 20th Century agricultural economy, shaping not only the local landscape but also its built agricultural heritage.

Hovels are one aspect of another project we’re involved with – Market Gardening Heritage Project. Volunteers are helping us record surviving hovels in 12 parishes in the Vale of Evesham. 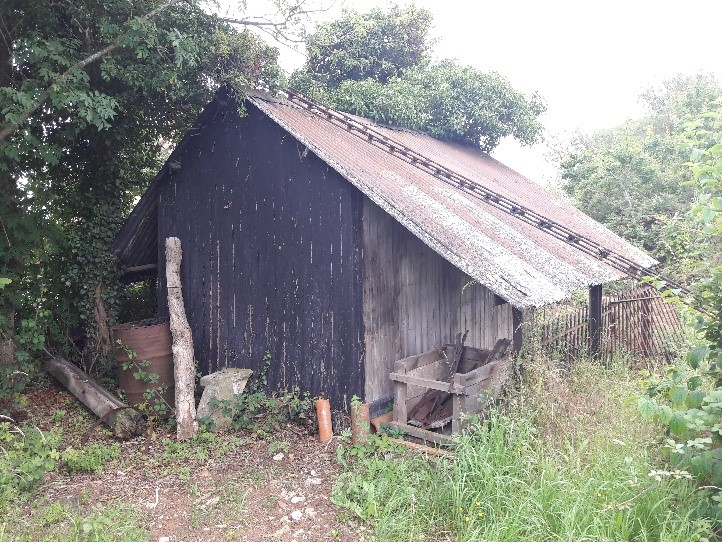 Many market gardeners built themselves a shed at the end of their allotment, locally known as hovels or ‘ovels’, for storing produce, equipment or for providing shelter. Photograph © WCC

Demand during the Great War emphasised the importance of a home-grown food supply chain and from the 1920s an increasingly state-regulated and subsidised system of agriculture emerged. This supported the County Farms, Small Holdings and Allotments Movement – which can be traced back to the first half of the 19th Century – as Small Holdings were made available for servicemen returning from the Great War.

Concentrations of Small Holdings are noted in the Minutes of the Worcestershire Small Holdings and Allotments Committee 1892-1947 in the Vale of Evesham, Wyre Forest and the north east of the County, around Bromsgrove. County Farms and Small Holdings, owned and managed by Local Authorities, remain important national assets, supporting wider economic and environmental objectives and providing a mechanism within which farmers, and in particular young farmers, can progress up the farming ladder.

The development and expansion of the railway network had, since the mid-19th Century, unlocked growing urban markets eager to consume fresh fruit, vegetables, dairy products, cider and perry. This, along with the emergence of Co-operative Societies including the Littleton and Badsey Growers, the Pershore Growers and the Far Forest Small Holders and Far Forest Dairy Association, enabled all farmers, but in particular small-scale farmers and Small Holders, to benefit from collective buying and selling (Robinson 1983, 93). Agricultural Co-operation facilitated the development of new buildings including shops, dairies and waterworks.

The Midland and Great Western Railway lines supplied special produce trains which ran from May until the end of September to facilitate the transportation of fruit and market garden produce from the Vale of Evesham (Haggard 1906, 350). Large quantities of small sour apples and soft fruits were also purchased by jam and jelly manufacturers, including Beaches, who had a Jam factory in Evesham (Spinks 2018, 47). The railways also brought thousands of people into Herefordshire and Worcestershire, predominately from Birmingham, the Black Country and South Wales, to help with the harvest; the fruit, hop and market gardening industries all being labour intensive operations until the widespread mechanisation of agriculture, from the 1960s. The Gypsy, Roma and Traveller communities were also a significant source of flexible, short term labour. Many pickers were accommodated in specially constructed hoppers huts or tents, few of which survive. 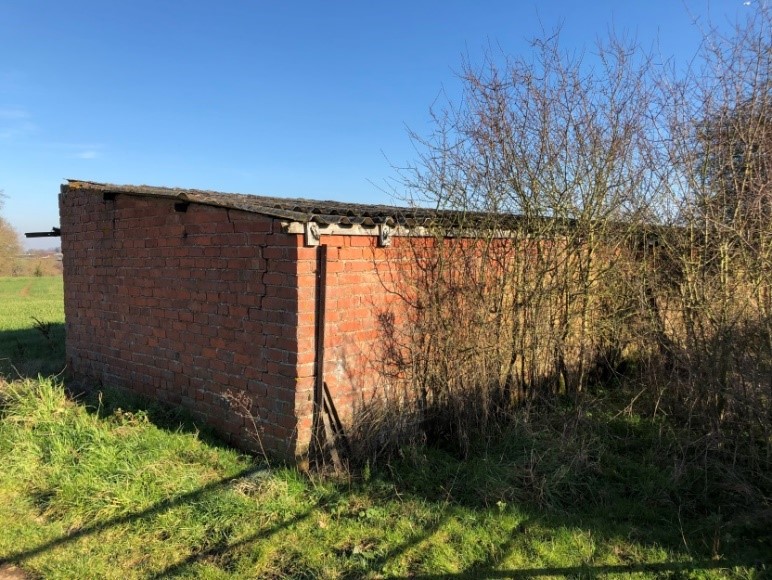 The hop harvest was a labour-intensive operation until the widespread mechanisation of agriculture. Many pickers were accommodated in specially constructed hoppers’ huts, like these rare survivals near Leigh. Photograph © WCC

The US stock market crash in 1929, and the subsequent global economic depression, worsened the situation for vulnerable British markets and the value of British exports halved. The creation of marketing boards in the mid-1930s, alongside the development of increasingly ‘industrial’ methods of food production and the nationalisation of certain sectors—including in 1936, British Sugar— also helped to stabilise some sectors of the industry.  The sugar beet factory in Kidderminster, built in 1925, was one of 18 factories acquired and merged under the control of the British Sugar Corporation. Like the other 17 factories, Kidderminster was chosen for its good railway links, beet products benefiting from reduced railway freight rates under the Local Government Act, 1929. The factory closed in 2001 and has recently been demolished for new development.

The need to maximise productivity, beginning in World War I but then accelerating during World War II, led to an increase in state powers over production and large-scale intensification of farming. The ploughing up and ‘improvement’ of pasture to increase output once again changed the character of parts of Worcestershire, driving changes such as field re-organisation and amalgamation and the grubbing up of many hedgerow boundaries and orchards. As in World War I, farmers played a critical role in the war effort; farming not only being a critical means of feeding both the military and civilian population, but also an outward sign of physical strength and morale. Along with women and children, Prisoners of War were a common sight in rural England, and many are known to have been stationed in Worcestershire, accommodated in farm buildings or specially constructed camps.

The 1947 Agriculture Act further consolidated high levels of production through a system of guaranteed prices and agricultural subsidies. Government intervention through subsidies and grants, intended to encourage greater output, use of technology and specialisation, continued to be one of the key targets of the European Economic Community established in 1958 (renamed the European Union in 1991) as part of the Common Agricultural Policy (CAP). 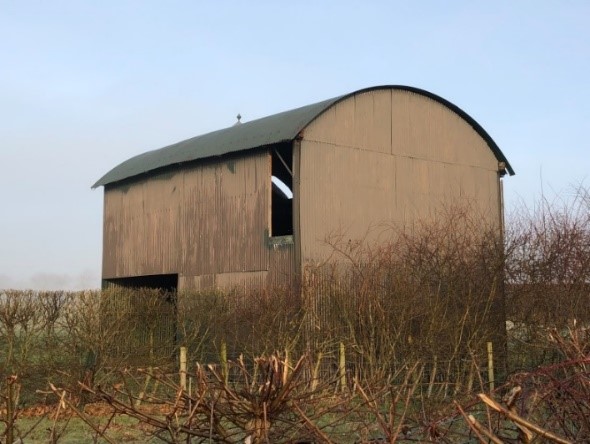 Dutch Barns, such as this example at Holt Heath, are highly distinctive buildings. Typically, with an iron frame and corrugated iron roof (although they can also be of timber construction), these buildings can date from the late 19th Century. Photograph © WCC 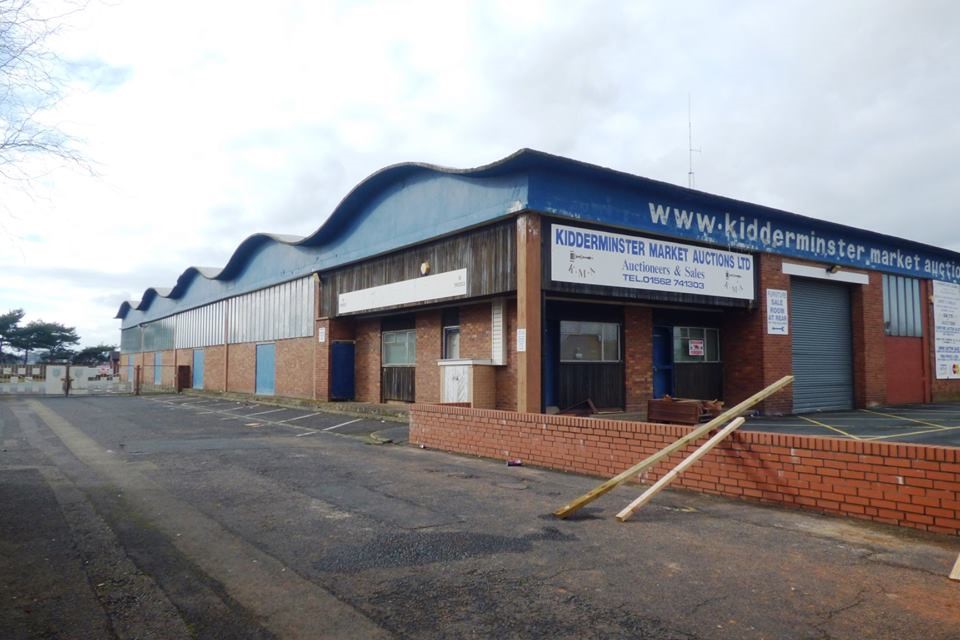 The recently demolished cattle market in Kidderminster opened in September 1959 when the Victorian cattle market in Market Street was closed and converted to a car park. Photograph © Paul Collins 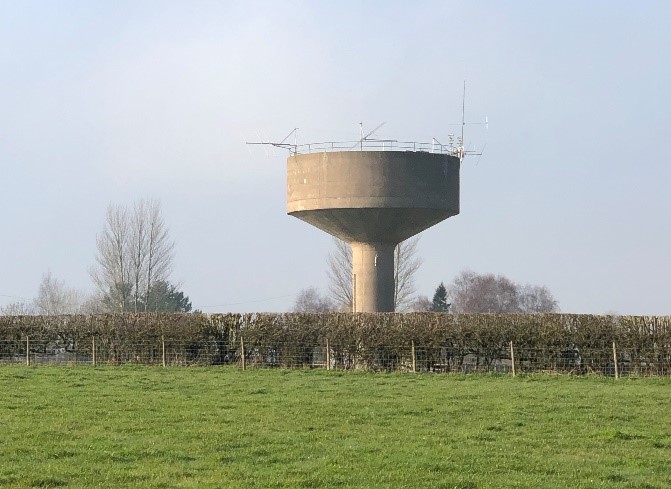 Although plainer than many, this concrete water tower, near Tenbury Wells, is one of several extant water towers, dotted round the county that dominate views for miles around. Photograph © WCC

Haggard R, 1906 Rural England; being an account of agricultural and social researches carried out in the years 1901 & 1902, Longmans Greens and Co. Available here [Accessed 2019]

It’s one thing to read how things were, or record historic objects and buildings, but it’s quite another to hear people talk about the past and telling their stories. Oral history, recording these personal accounts, is an important part of capturing the past that lies within living memory. A key aim of the Market Gardening...