There is currently a fascinating collection of pottery out on a table in one of our offices, being worked on by one of our illustrators, which is causing colleagues to pause as they walk past. However much we’re used to seeing archaeological finds we are still attracted to a display of nice pottery. 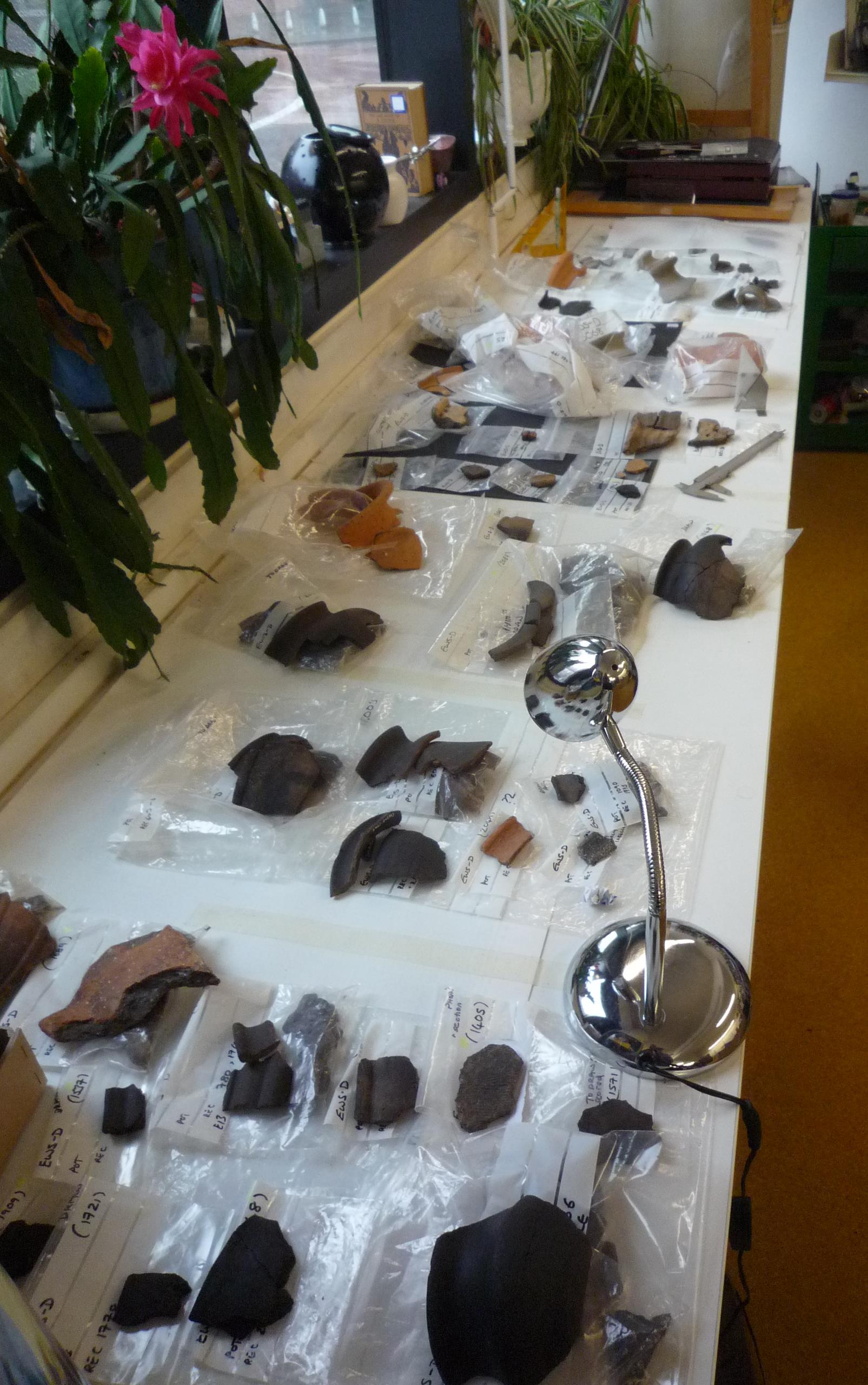 As we frequently mention, digging is just one part of the process of archaeological excavation. After excavating the site the finds come back to be washed and marked (often by our wonderful volunteers), and then analysed by our finds specialists so that a report can be written. Certain finds are then selected to be drawn by our archaeological illustrators.

These items are all from a site at Wellsbourne near Stratford-upon-Avon which we excavated. It produced a great range of pottery from the prehistoric to the Roman and beyond. There isn’t the time or money to draw everything so specific ones are selected because of their rarity or because they represent the assemblage. 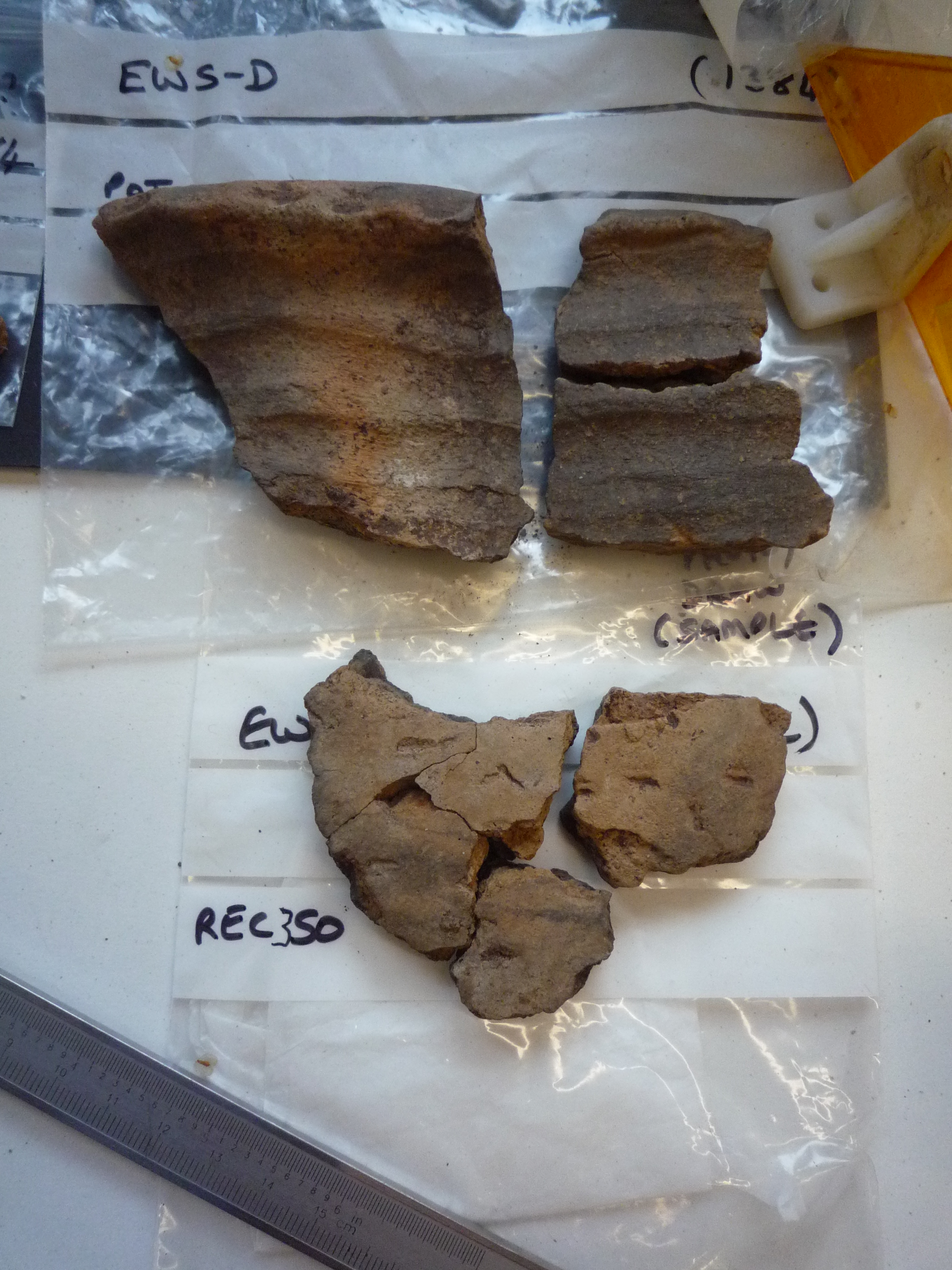 Quite often people are surprised we draw finds in these days of photography. We do photograph items, and we are shared on our blog before how our Digitisation Team have helped too with using their high-spec cameras to do really detailed photos. Drawings are very important still though and essential to the final report. They allow features to be shown which are hard to see to the naked eye or in photos, and profiles of the pieces are drawn with indications as to what the original piece would have been like. Rubbings are also taken, like you would with a penny, which will bring out certain types of marks which are otherwise hard to see.

An example is a piece of mortaria, fairly common on Roman sites, but they have a maker’s mark which means that experts can identify particular makers. This piece will be drawn, photographed and then a rubbing made. Experts often like rubbings as they see the marks better this way. 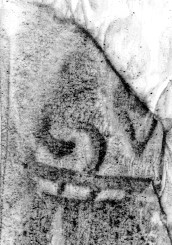 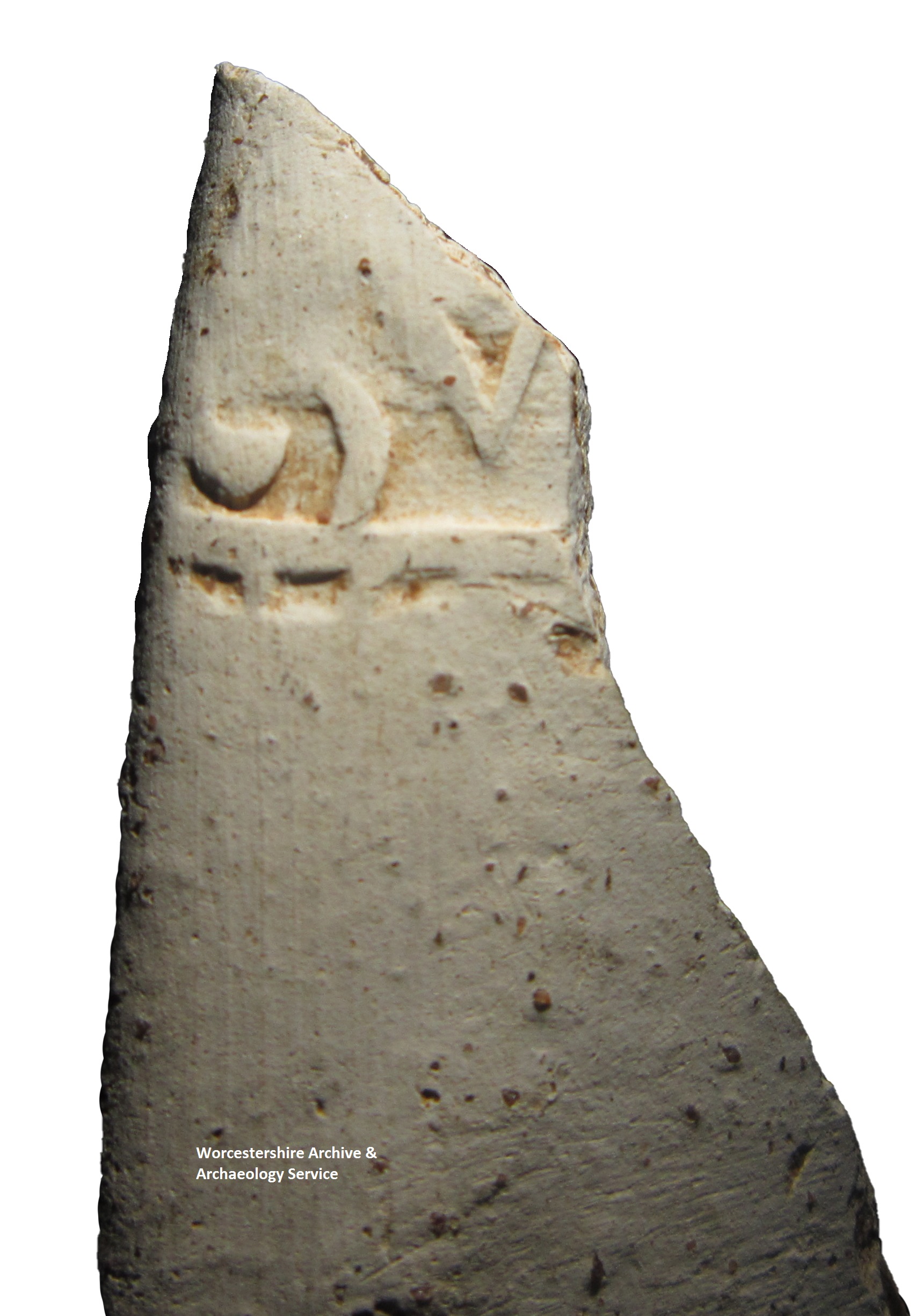 Our illustrators are very resourceful and have made and adapted tools over the years to help. One example of a plastic bottle used for photographing pieces of pottery. The holes which have been cut in allow the light to get inside in specific ways so it can be controlled. For rubbings they use rizzla papers which they’ve found to provide the best results. Rulers and protractors have also been adapted. 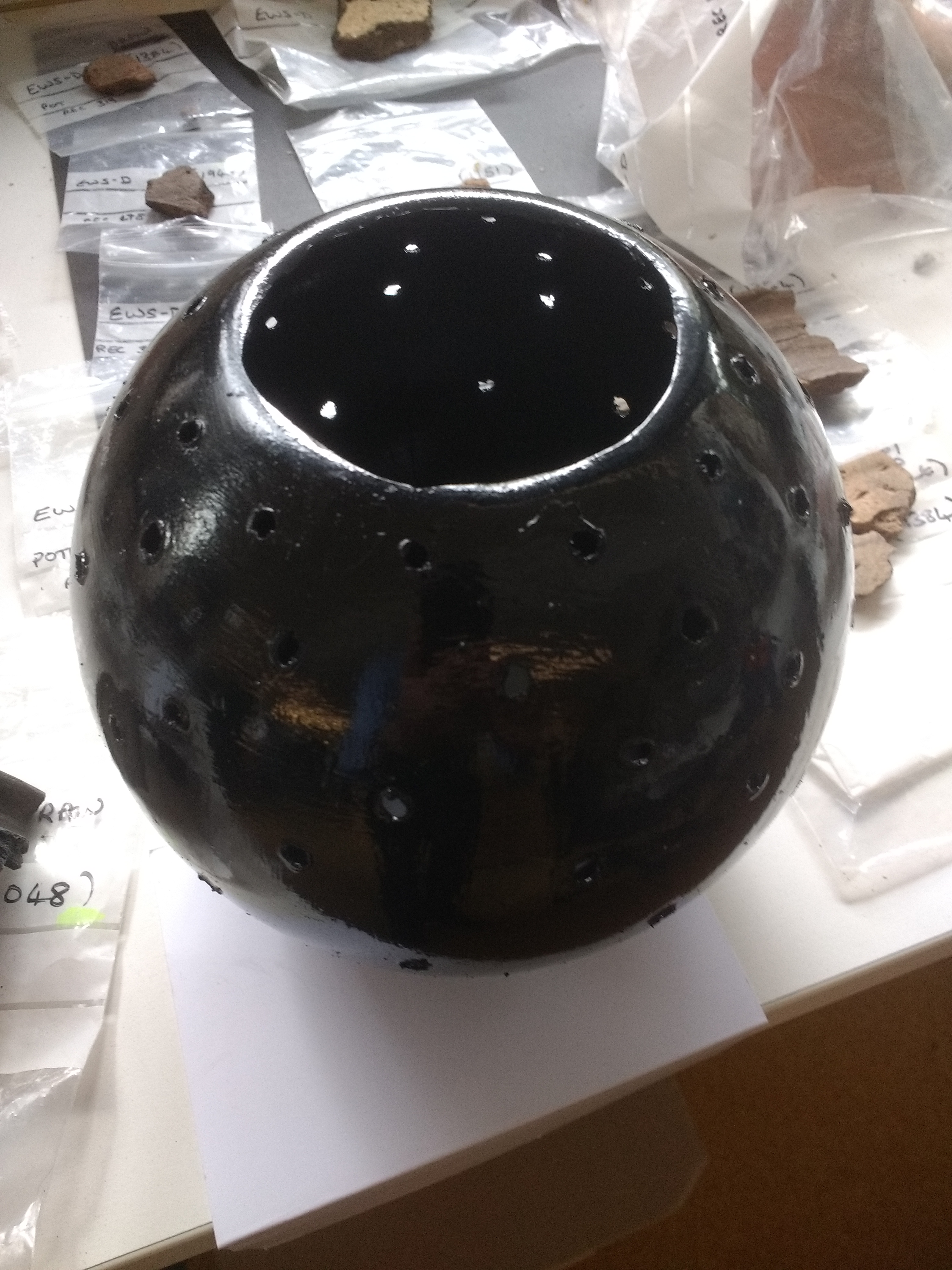 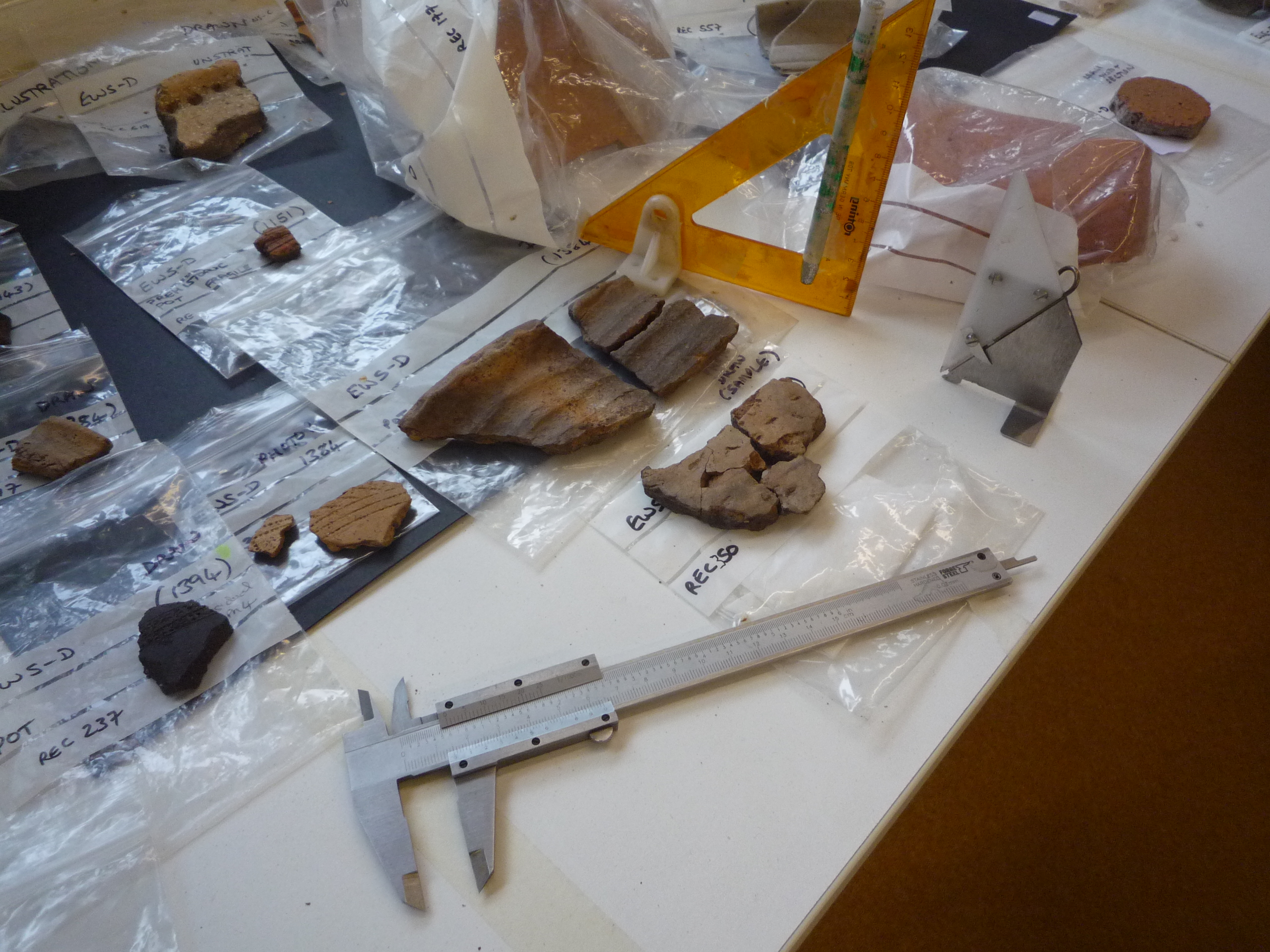 Some of the tools of the trade

Our Illustration team do external work for other organisations as well as for our own archaeologists. To get in touch please call on 01905 765908 or email worcestershirearchaeology@worcestershire.gov.uk. 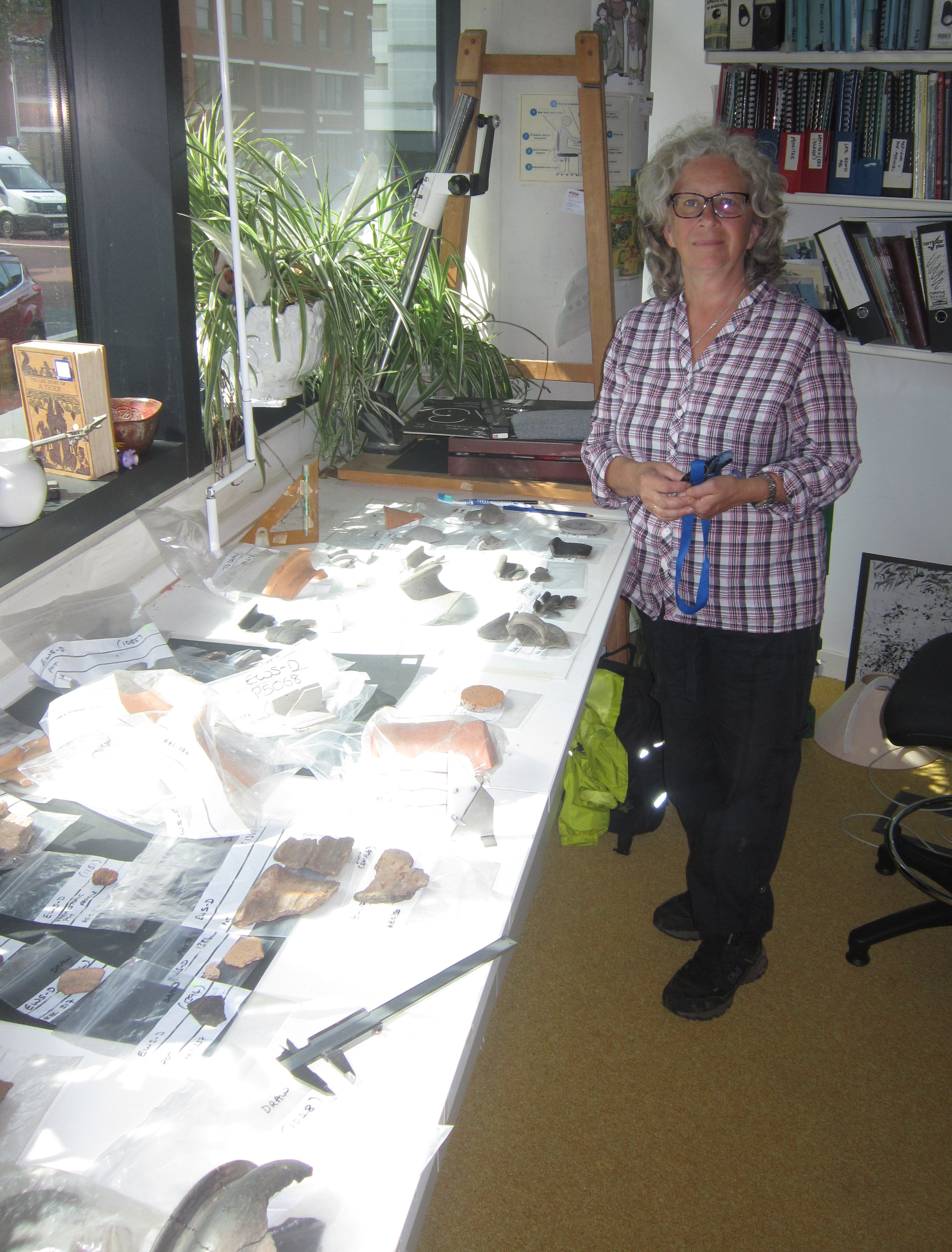 Laura standing by the pottery assemblage