Throughout this two year project, Worcestershire’s Historic Environment Record worked to identify, record and better understand the significance of 20th century buildings and public places across the county. Many more await discovery and assessment!

As with any other period, the heritage of the 20th-century, reflects wider social, cultural, economic, political and technological change. These changes facilitated, amongst other things, a transformation in England’s planning philosophy and culture as well as the emergence of new building types, construction techniques and materials, adding another layer of complexity to England’s historic landscape character.

20th-century heritage forms a significant layer of our history and many people, through the experiences of their parents and grandparents, feel a deep connection to this period of recent history. Despite increasing awareness and conservation interest, particularly with regards to pre-WWI and inter-war architecture and military heritage, many 20th-century heritage assets are at risk because of neglect or lack of management, insensitive change or demolition. 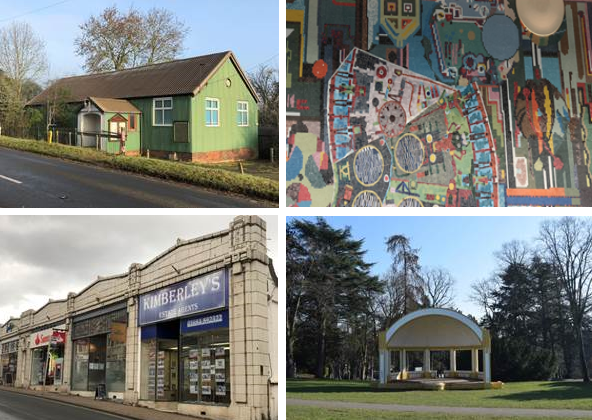 In 2018, Historic England commissioned Worcestershire Archive & Archaeology Service to develop a project to enhance strategic understanding of 20th-century heritage – specifically non-domestic buildings and public places – in the county, and to develop some guidance on how it could be better identified, understood and assessed. Aims of the project were to;

20th-century heritage, like all heritage, reflects the complex series of changes that have created and shaped our historic landscapes and townscapes over time. Although easy to assume that there are countless more examples of a particular type of 20th-century building, than say a 17th-century timber-framed barn, this supposition does not necessarily reflect reality and the question ‘how do we protect what we don’t necessarily know we have’ needs serious consideration for this often at risk, group.

From County Small Holdings and Schools to Village Halls and National Chain Stores, the project’s blogs explore the diverse range and legacy of our 20th Century heritage and celebrated the extra layer of richness it brings to both our lives and landscapes. 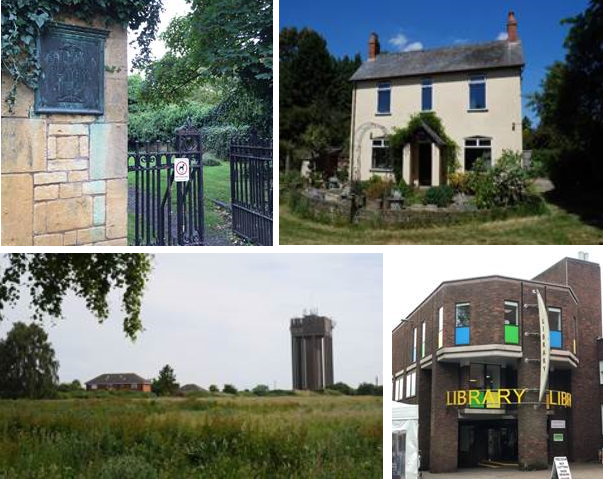 Playing field in Elmley Castle is an early example from 1929 of a recreational area for children (top left); Cottage built as part of Worcestershire’s first County Small Holding Estate, near Bromsgrove (top right); Redditch’s Library, designed by the John Madin Design Group of Birmingham (bottom right); Yew Tree Hill water tower, near Droitwich, which was built in 1962 and is still a prominent local landmark (bottom left).